Do they want the killers of lawyer Iryna Nozdrovska to go unpunished? 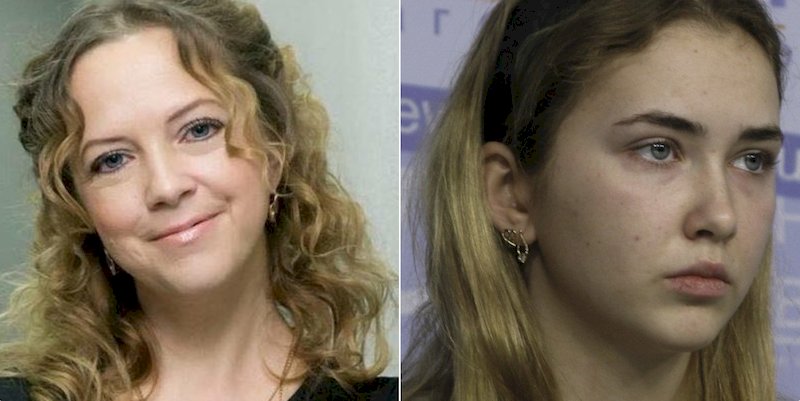 There are increasing concerns that the haste to make an arrest over the high-profile murder of lawyer and rights activist Iryna Nozdrovska will result in the person now in custody simply being acquitted when the case gets to court.  This is hopefully not the intention, but there were already serious doubts about the prosecution’s assertion that the case was solved, and the new information from Nozdrovska’s  daughter and her lawyers are only compounding them.

At a press conference on January 11, Anastasia Nozdrovska explained that the material she and her lawyers have been shown does not match the testimony given by the sole suspect Yury Rossoshansky.  Under such circumstances it is particularly disturbing that they have only been allowed to see around 10-15% of the file material.

She thanked President Petro Poroshenko for the interest he has shown, but believes that he has been misled about the suspect.  She added that her mother had fought for the truth, not against the Rossoshansky family.

The police and prosecutor’s office are presenting a version of the murder which stresses the supposed conflict between the two families, and which attributes guilt solely to 63-year-old Yury Rossoshansky.  He is the father of Dmytro Rossoshansky, the young man who mowed down and killed Nozdrovska’s 26-year-old sister Svitlana Sapatynska while intoxicated.

Although Rossoshansky appears to admit to the crime and denies that he was put under pressure to testify against himself, doubts were expressed from the outset as to whether he really did commit the crime, or if he did, whether he was acting alone.

38-year-old Iryna Nozdrovska disappeared on 29 December, 2017, two days after an important court hearing which blocked the release from imprisonment of Dmytro Rossoshansky, the suspect’s son.  Nozdrovska had spent two years seeking a proper sentence for the young man whose uncle was at the time the head of the Vyshhorod District Court in the Kyiv Oblast.  Dmytro Rossoshansky received a 7-year sentence, but lodged an appeal, with that hearing held in the Kyiv Court of Appeal on December 27.  There had been a real chance that the young man would be released under an amnesty, however Nozdrovska succeeded in convincing the court of the need for a new examination, taking into account evidence that the defendant had been intoxicated at the wheel.   Instead of being released in court, as he and his family had expected, Dmytro Rossoshansky was sent back to the SIZO or remand prison.  Yury Rossoshansky had been heard telling Nozdrovska in court that she would “end badly”.

This was reportedly one of many threats that the lawyer had received over recent times.

All of the above was very widely discussed, both in Ukraine and abroad, after Iryna’s body was found in a river not far from Demidiv (where she lived) in the Vyshhorod district on January 1.  There was a large demonstration the following day with the participants demanding a proper investigation into her murder.

On January 8, the Vyshhorod Department of the Kyiv Oblast National Police, who were running the investigation, announced that a person had been detained on suspicion of murder.

In the morning of January 9, Viacheslav Abroskin, Deputy Head of the National Police, reported that the suspect had admitted the crime, but not expressed any regret.  He also said that the investigators had amassed considerable material proof of his involvement.   Later that day, however, during a hearing at the Vyshhorod District Court, only the fact that Yury Rossoshansky “agreed with the indictment” was mentioned, with no material evidence presented to back this confession.

In court, Rossoshansky objected only to being remanded in custody, saying that he feared for his safety and that of his family.  In fact, the charge of murder is not one that envisages any other preventive measure aside from detention, and the court remanded him in custody for two months.   Rossoshansky is refusing to speak to the media and has prohibited his lawyer, provided by the Legal Aid Centre, from doing so.  He refused to comment even about reports based on a letter that his wife alleges that he wrote.  In this, as well as vitriolic comments about Nozdrovska, he claims that they will pin her murder on him, and continues: “The main thing is that they don’t touch my wife, my friends and our relatives.  Let them better accuse me, though I didn’t do it.”  He goes on to assert that it was all that Nozdrovska knew about “deputies, and their pre-election money” that caused them (presumably the deputies) to order her killing.   There is no way of checking the authenticity of this letter, however, Rossoshansky’s wife has not denied the report that first quoted her.

The prosecutor Yaroslav Kostohryz asserted in court that excessive attention to this case was impeding the investigation and making it difficult to gather proof.  He did not explain how, unless he meant because of “information leaked to the media”.

In fact, one of the main sources of information has been the Deputy Head of the National Police Abroskin.

In arguing for detention, Kostohryz spoke of the danger that Rossoshansky could destroy or distort material evidence, and said that he had already “partially destroyed” proof.

According to MP Mustafa Nayem, the prosecution’s version is that the crime was committed at a public transport stop in Demidiv after Nozdrovska got off the No. 355 marshrutka (a minivan carrying paying passengers) and met Yury Rossoshansky, supposedly by chance.  According to his version, he had been drinking.  A row ensued, with mutual abuse, and he pulled out a knife and inflicted the stab wounds from which Iryna Nozdrovska died.   This is alleged to have been based on a sudden impulse to kill her.

Rossoshansky, who was born in 1954, is then supposed to have carried her body over his shoulder towards the river (reportedly, around a kilometre and a half).  There he stripped her of her clothes which he took home and burned.

Nozdrovska had been reported missing by friends earlier and to the police on December 30, two days before her body was found.  This suggests that nobody witnessed any of this, although it would have taken place fairly early in the evening on a working day.

Oleksandr Panchenko, one of the lawyers representing Nozdrovska’s daughter, has told the media that he is not convinced of Yury Rossoshansky’s guilt.  He said that he had thus far seen no hard evidence, and that he particularly wanted to see the forensic medical report regarding the nature of the bodily injuries, and how they were inflicted. He could not exclude the possibility that Rossoshansky had falsely testified against himself, and expressed doubt that he had acted alone, if indeed he had taken part in the murder.  One reason is that he does not see a 63- or 64-year-old man having carried the body over his shoulder for such a long distance.

Panchenko complained after the January 9 hearing that the investigators were not allowing them to see the case material.  It was reported on January 10, that the lawyers had been given access to this, although not to all material.

It is possible that this will have allayed the concerns expressed, though strange that the evidence was not mentioned during the court hearing.  On January 10, Abroskin asserted during a press briefing that the court had received a report indicating that Rossoshansky’s DNA had been found on Nozdrovska’s body.  The question arises, why this was not mentioned in court.

There is no requirement on the investigators to fully prove Rossoshansky’s guilt at present and there can be compelling grounds for not mentioning specific evidence in an open court hearing.  It is still odd, however, to present absolutely no evidence if such exists.  Instead of abusing the media, certain politicians, etc. for supposed ‘PR’ over a horrifically tragic murder, the police and prosecutor’s office might like to consider why this crime hit headlines far beyond Ukraine.

There is no way of alleviating the suffering of Iryna Nazdrovska’s daughter and of her parents who have lost both their daughters.  It cannot bring her back, but the police and public are surely united in wanting those responsible to be held to answer.