20 years after Gongadze murder, the killers of another Ukrainian journalist are being protectedIn Memory of Georgy Gongadze, Pavel Sheremet and All Slain JournalistsBody Of Ukrainian Reporter Gongadze Finally BuriedGongadze Murder Sentence Upheld – Silence on Who Ordered the KillingGeorgy Gongadze remembered; questions still unansweredRemembering Georgy Gongadze and other slain journalistsMyroslava Gongadze: The Day that changed UkraineImpunity Kills: 13 years since Gongadze’s murderKuzmin strikes againSentence on Gongadze killer Pukach appealedGongadze Case: Pukach says Kuchma and Lytvyn should be on trialSelective EvidenceMelnychenko sues Myroslava Gongadze’s LawyerFinding common cause from first online journalist murderWhy Do So Many Officials Die On Ukraine’s Roads?16 September – In Memory of Gongadze and other slain journalistsThe Blocking of the Gongadze Case fits into the scheme of things of the present regimeGongadze Case: Court should call back a number of witnessesMelnychenko, whose tapes implicate Kuchma over Gongadze murder, detained in ItalyGongadze case: Pukach trial postponed till autumn
• Topics / The right to life
• Topics / Freedom of expression 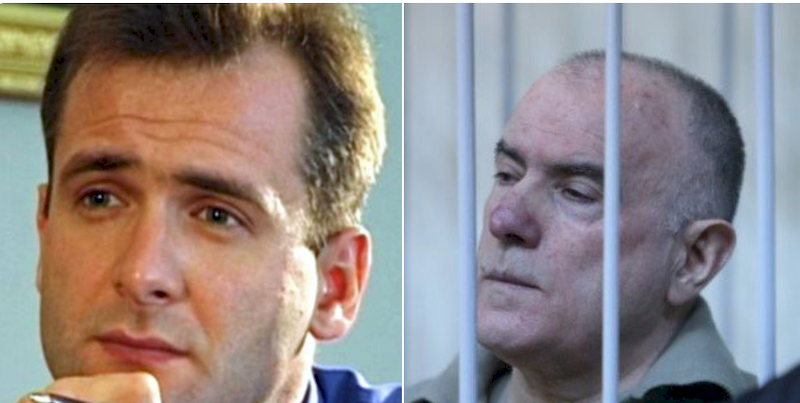 A court in Ukraine has effectively doubled the number of years which former Police General Oleksy Pukach is considered to have served of his prison sentence for the murder of journalist Georgy Gongadze.  Since Pukach got life, the difference between 6.5 years and 13 years might not matter, except for certain crucial details.  Pukach’s application for the recount is in parallel with a cassation appeal which could, if successful, result in life being turned into a 15-year sentence.  Even if this fails, the number of years served is relevant to when he would be entitled to apply for a pardon.

The recount is based on the ‘Savchenko Law’, according to which one day in a SIZO or pre-trial detention centre is counted as two days in prison.  The justification for this law being adopted was that the conditions in SIZO are very bad, but it was controversial from the outset.  Some of the most high-profile cases in Ukraine have taken years to reach a final verdict, with this significantly reducing the sentence imposed.   A life sentence in Ukraine really does mean life, however Pukach and his lawyers clearly saw benefit to his securing this recount, with this likely to be the hope of his release.

Oleksiy Podolsky, who, together with Gongadze’s wife Myroslava, had victim status in the trial of Pukach, told Censor.net that the attempt to get the recount began back in January 2017 with an application to the Chortkiv District Court in the Ternopil Oblast.  This was rejected, as was the appeal against the ruling.  After this, Pukach’s lawyer tried the Shevchenkivsk and Pechersk District Courts in Kyiv, but these refused to consider the application, and he turned again to the Chortkiv District Court, this time successfully.  Podolsky notes that the prosecutor had endorsed the ruling, which in his opinon could not have happened without the direct consent of Prosecutor General Yury Lutsenko.

Despite having victim status, Podolsky says that he only learned of the ruling on the recount on January 10.  He is convinced that an obscure court in Western Ukraine was chosen deliberately, and suggests that an attempt to negotiate a deal with Pukach has long been underway. He “wouldn’t be surprised”, he said, if Pukach stopped pointing the figure at former Ukrainian President Leonid Kuchma, and for that obtained his freedom.

The entire Pukach trial was extremely long with constant delays.  All hearings took place behind closed doors despite protest within Ukraine and abroad given the compelling grounds for suspecting that Gongadze’s killing had been ordered “by people in high positions”, with Kuchma most often named.

The investigators had found (controversially) that Pukach carried out the murder on instructions from Yury Kravchenko, the then Interior Minister who is officially supposed to have committed suicide (with two gunshot wounds to the head) in early 2005.

When asked by the judge who passed sentence on 29 January 2013 if he accepted the verdict, Pukach said that he would agree with it if Kuchma and the then Head of the President’s Administration Volodymyr Lytvyn, were on trial with him.  He said that he had tried to tell all the truth, but that nobody had wanted to hear. He told them to ask Kuchma and Lytvyn about the motives for the crime.

At the time, Valentyna Telychenko, who was representing Myroslava Gondadze,  expressed relief that he had made the comments publicly, not just in front of the lawyers who were bound to secrecy.  “In fact  in his pre-trial and court testimony, Pukach repeatedly spoke of Kuchma and Lytvyn, about where and when he met with Lytvyn, however that wasn’t used in the investigation into who ordered the murder”, she explained.

In 2013, Pukach was found guilty of the murder of Gongadze and of the beating of civic activist Oleksy Podolsky in 2000, and sentenced to life imprisonment. He had officially been in hiding for several years and was arrested in August 2008. In March 2008, three of his subordinates in the police force: Valentin Kostenko, Mykola Protasov and Oleksandr Popovych  - had been found guilty of abducting Gongadze on Sept 16, 2000 and killing him in a forest near Kyiv.  They were sentenced to terms of 12 and 13 years (one has since died).

The murder of the Ukrainska Pravda journalist and the subsequent inadequate investigation were followed closely by the international community.  Tapes presented by Mykola Melnychenko, a former Presidential guard who was granted asylum in the USA, appear to incriminate both Kuchma and Lytvyn, and demands that a proper investigation be carried out and those who ordered the crime held to answer continue to this day.

In 2011, with President Viktor Yanukovych under fire himself for violations of press freedom, it was suddenly announced that criminal proceedings had been initiated against Kuchma over the Gongadze case.  Whether this was simply a PR measure, or a tool for negotiations is not clear, but within months the Constitutional Court had obligingly ruled that evidence could not be used that had not been legitimately obtained by an investigative body.  This eliminated the Melnychenko tapes which were the only real evidence, given Yury Kravchenko’s so-called suicide.