The next, sixth stage of the national monitoring of illegal violence in police allows to assess not only the dynamics of this phenomenon in Ukraine during the whole period (2004–2017). First of all, this is an assessment of the effectiveness of the police reform which was started after the destructive consequences of the explosion of unlawful violence by the law-enforcement agencies of Ukraine in 2013–2014. The research consists of two sections and appendixes.

The first section is dedicated to the analysis of the results of the sociological research: it contains the comparative analysis of the opinions of the regular citizens on the extent of prevalence of unlawful violence in Ukrainian police; it compares the data for 2004–2017; analyzes the attitude of citizens towards the problem of unlawful violence and its admissibility in the activity of the police under current conditions; researches the respondents’ opinions on the dynamics of changes in this sphere during last years, causes of the unlawful violence and the possible ways of improving the situation.

The second section of the report contains the expert reviews on unlawful violence in the police work after two years of the police reform. The experts have reviewed the phenomenon of violence in the work of the new patrol police and the efficiency of the new agencies created within the National Police for reviewing the complaints of the citizens.

The Appendix provides the calendar of unlawful violence in the police in 2017.

– The factors that influenced the police activity after the events of 2014 are gradually weakening, along with the fact that the internal response to human rights violations has not changed. In fact the system that existed before 2014 has started reemerging—the majority of the persons suspected of crimes against Maydan were not convicted and didn’t receive punishment; those who have not passed re-attestation have renewed their service. Loss of professionals and arrival of new patrolmen that were not enough well trained, should also be noted.

– The obsolete system of assessment of the police efficiency was not changed, despite the declarations of the Ministry of Internal Affairs and National Police. There was not any work done on implementing new indicators or the introduction opinion polls in the assessment of the efficiency—the police continues to refer to the same statistical indicators as before. At the same time, the “stick system” is one of the factors that defines the extent of unlawful violence in police through decades.

– The obsolete system of collecting complaints on the actions of the police and investigation of reports about the violations of the human rights in police has not changed. As before, the complaints are assessed, collected and investigated by the law-enforcement agencies themselves. This influences the number of reports: a significant number of victims of torture and violence never report anyone, being afraid of the pressure, or apply directly to media. This also leads to the fact that the real extent of violence in the police remains hidden from the official statistics.

– Sadly, the expertise indicates that ignoring the important aspects of activity during the implementation of the project “The new patrol police” (legal uncertainty; incompleteness of the training and equipment; violations of rights of the patrolmen themselves; chasing the indicators; absence of an independent system of collection and investigation of the complaints) gradually leads to the recreation of the practices and patterns of the unlawful violence that were inherent to the “old” police.

– Public opinion reacts to the increase in the amount of police violence with a certain delay—a smaller amount of respondents that before (32.3 %) indicates that “use of the unlawful violence, beatings, tortures, intimidation by the police on the scale of the country is common to some extent”.

– The picture of the opinions of Ukrainian people on who is more at risk of becoming a victim of the police violence is practically the same. As well as 13 years ago, the majority of respondents still believe that no one is protected against violence in the police (44.7 %). To the risk group are primarily attributed “those who offends police”—(26.3 %), “professional criminals”—(26.3 %), or “those who committed any crime”—(26.4 %).

– Among the main state agencies that the victims of the police violence would apply to for help are still the prosecutors (45.1 %) and various instances in the police (39.70 %). Lastly, the victims will apply to the Ukrainian Parliament Commissioner for Human Rights (5.8 %).

– A dangerous trend is that the number of Ukrainians that tolerate the police violence continues to increase. Almost every fourth Ukrainian (24.4 %) in one way or another allows the possibility of use of the unlawful violence or even tortures by the police. The unlawful violence remains the most permissible “for the disclosure of particularly grave crimes”, “for prevention of an act of terrorism” and “as a punishment and vengeance for the rapists and murderers”.

– Like in all previous years, among the factors that influence the spread of the practices of beating, mistreatment and torture in the police work the citizens first of all distinguish the three main factors: impunity of the police officers that implement the unlawful work methods (43.5 %); poor selection of employees as a result of which people with sadistic inclinations can work in the police (34.7 %) and low professional and cultural level of the police officers (30.5 %).

– Among the opinions about what is necessary to do to prevent the unlawful police violence the respondents firstly note a more severe punishment for the facts of unjustified violence (46 % responses); improvement of the selection of recruits to police (35 %); improvement of the training of the policemen (34 %) and improvement of the effectiveness of control of the superiors over the activities of their subordinates (32 %). A change of the system of the indicators in the work of police also remains an important factor, which, according to public opinion, can influence the situation (18 %).

• IT IS NECESSARY TO CREATE A NEW, INDEPENDENT AND OBJECTIVE SYSTEM OF COLLECTION AND INVESTIGATION OF COMPLAINTS AND REPORTS ABOUT THE UNLAWFUL POLICE VIOLENCE.

Ministry of Internal Affairs and the National Police should start the implementation of p. 18 of the Strategy for the development of the bodies of internal affairs (approved by the order of the Cabinet of Ministers № 1118-р of 22.10.2014) “Involving the public in the investigation of cases of the police violence”. All reports about the police violence should be investigated as crimes, not as official violations. Independent system of collection and investigation of complaints about the police actions, which would use the resource of the public and media, will allow to overcome the existing practices of the unlawful violence in police.

• THE STATE MUST IMPLEMENT NORMS OF THE LAW AND ENSURE THE EFFECTIVENESS OF THREE KEY FACTORS PREVENTING THE UNLAWFUL VIOLENCE.

This means that all bodies and institutions of the state—from the police to the courts, must make efforts to reach certain standards of criminal procedure: all detentions must be proerly documented and carried out in strict accordance to the law; all detainees must be timely informed about their rights and receive the possibility to inform a third party about the detention, have the possibility to communicate with a lawyer before the first questioning and unhindered access to a doctor of their choice.

• THE OBSOLETE SYSTEM OF ASSESSMENT OF THE POLICE ACTIVITY HAS TO BE CHANGED.

The state must comply with the requirements of the Law of Ukraine “On the National Police” and create the working system of assessment of the police activity with the help of the public opinion. It is necessary to get rid of “the stick system”, which remains an important factor that influences the extent of the unlawful police violence.

• THE STATE AND COMMUNITY SHOULD REPORT THE EFFORTS DIRECTED AT DECREASING THE TOLERANCE TOWARDS TORTURE AND VIOLENCE IN THE POLICE.

Increase in tolerance towards this negative phenomenon that lasts in the society for years is a dangerous precondition to the further spread of the unlawful violence. That is why it is necessary to develop and implement the national programs that will help to promote the priorities of the protection of human rights as well as European approaches to the questions of security.

• IT IS NECESSARY TO CREATE A WORKING SYSTEM OF PROTECTION OF THE RIGHTS OF POLICEMEN.

Police officers’ human rights must be protected. The question of just material compensation for overtime work, life and health insurance, satisfying needs of everyday work, legal support—must be ensured in full scale. Also the state should develop a fair and transparent system of appointments and payment for the work. It is necessary that the policemen should have the opportunity to improve their qualification and learn. The pension provision should stimulate honest work and motivate. The state should promote the development of independent (unlike active) trade unions and groups of police officers who will defend their rights.

• THE NECESSARY KEY CHANGES IN THE SYSTEM OF THE PROFESSIONAL TRAINING OF POLICE OFFICERS.

It is necessary to develop a unified program of training course on human rights for all educational institutions and systems of the professional training of the police. In addition to a single general course on human rights, the process of training of law-enforcement officials should include the specialized courses or topics which would reveal the essence and peculiarities of ensuring human rights and fundamental liberties in the activities of the police in carrying out specific tasks on fighting crime and protecting the public order. 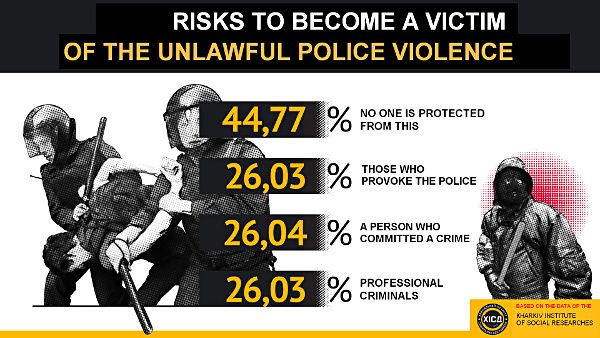 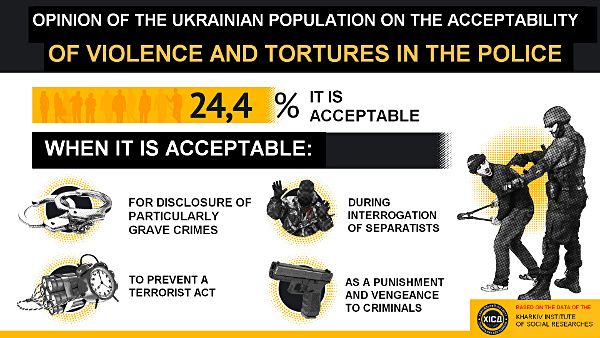 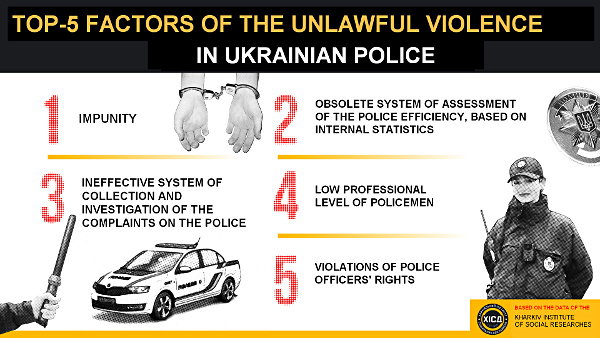