Freed Donetsk religious scholar: Many in Donbas want a return to Ukraine but are afraid73 Ukrainian hostages welcomed home – over 160 still held in Donbas, Crimea & RussiaPutin ‘supports’ large-scale exchange of hostages held in DonbasImprisoned in Russia-backed Donetsk ‘republic’ for not abandoning her elderly motherNurse ‘sentenced’ to 11 years in Russian proxy ‘Donetsk republic’ for remaining to care for her elderly motherRussia abducts and tortures Kherson official and his family for serving Ukraine Mariupol children forced to entertain and ‘thank’ the Russian soldiers who shattered their childhoodRussian FSB uses total isolation to torture and try to break abducted Kherson woman 21-23-year sentences for three Belarusian heroes who helped Ukraine stop Russia from taking Kyiv His mother was shot, and the place of work was destroyed — Russian occupation harshly affected the life of Trostianets resident Serhii PentinShe said goodbye to life when the airstrikes made the houses collapse like a house of cardsRussia moves to legislate ‘impunity’ for all war crimes committed in occupied Ukraine Russia plans to imprison soldier who admitted to murder and plunder in Ukraine - for ‘circulating fake news’Four Russian invaders sentenced to 11 years for torturing hostages in Kharkiv oblast Belarusian rail partisan sentenced to 16 years for obstructing Russia’s invasion of Ukraine ‘There were more than five thousand of us in the shelter’ — account of the first war days in MariupolMoscow tries to justify its war crimes in Ukraine by glorifying its soldiers as ‘heroes of Russia’ Russian MP promises a child from Kyiv missiles as a "New Year present"‘My brother and weakened mother were left in the middle of the street’ — stories from Izium‘In Sloviansk, we watched out of the window as people held up the train tracks with crowbars so we could pass through’
• Topics / Politics and human rights 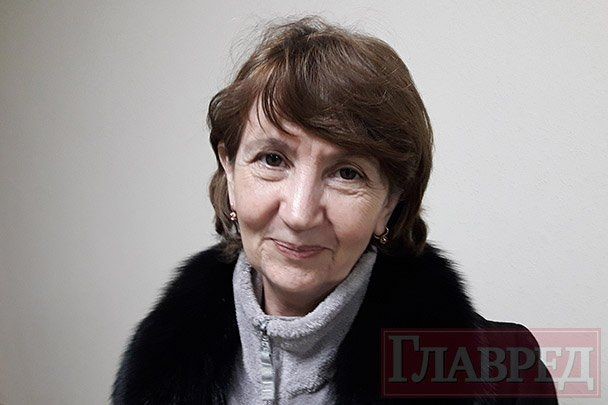 Halyna Hayeva spent 15 months in captivity in the self-proclaimed ‘Donetsk people’s republic’[DPR] before being released as part of the December 27 exchange of prisoners.  Unlike other civilian hostages sentenced to 14 or 17 years for a pro-Ukrainian flashmob or critical blog entries, Haleva really had passed information to Ukraine’s Security Service [SBU]. She told the people in the Volnovakha SBU about Russian officers and ordinary soldiers receiving treatment in her hospital.  Since Russia continues to deny its active military involvement in the war in Donbas, this was enough for the Kremlin-backed ‘republic’ to ‘sentence’ her to 10 years’ imprisonment.

Hayeva has 36 years’ experience as a maternity nurse behind her, with two years of that time spent working in the so-called ‘DPR’.  The couple’s children left after the Kremlin-backed militants seized control, but she had an elderly mother, and her husband an aunt who needed care.  This was not her only reason, she explained in an interview to Glavred.

“I really did have access to the sort of information that the terrorists were concealing.  For example, that Russians were being treated in the hospital. … Not just simply Russian citizens.  These were professional Russian soldiers.  I even remember the name of one of them – Alexander Nabiev, from the Amursk oblast, an officer.  The guy’s leg was blown off.  He’s gone on a reconnaissance mission and trod on a mine.  He was worried all the time about what he’d say to his mother, and what he’d do later – he’d played to remain in military service after all.  He said: “I’m a military man, I don’t know how to do anything else.”

His mother had not known that he was in Donbas.  According to Hayeva, he was not the only one.  There were officers, she explains, as well as ordinary soldiers, but there was one crucial difference.

“All of the rank and file soldiers had their documents taken away. And then when one of them arrived at our hospital with wounds, they came to him and said that he wasn’t a soldier, that he’d been dismissed the day before.  When the man is already missing an arm or a leg.  He’s shout, “how am I not in service, how?”  That was how it goes, that’s the kind of practice there”.

During periods of intense military action, they would get around five or six men at the same time admitted to the hospital. All with serious wounds, requiring amputation.

She never saw any Russian passports, but that, she says, was because they were taken away.  They had some kind of local document on them, but in conversations they would confirm where they had come from

She also recalls paratroopers from Pskov in Russia, and says that they were in berets with the Russian flag, with Russian flags fixed to all technology.  They were stationed outside a part of the hospital

Hayeva mentions that they were there in summer 2015, though it is possible she meant 2014.  It was in late August 2014 that Russian opposition political Lev Shlosberg first identified the first known deaths of Russian military servicemen in Donbas.  It is believed that as many as 70 paratroopers may have been killed. The Russian newspaper Vedomosti came out with a number of questions many wanted answered, asking: ““Is Russia fighting in Ukraine and if so, then on what grounds?  If not, then who is in those freshly-dug graves or giving testimony at SBU interrogations?”

Moscow reacted swiftly, and deviously, to the flurry of media reports. Novaya Gazeta explained that the wife of Leonid Kichatkin had reported his death on Aug 22, 2014 on VKontakte.  By the next day Leonid’s page had disappeared, and when Novaya rang the number that had been given, the woman who was supposedly Leonid Kichatkin’s wife insisted that her husband was alive, well and right next to her.  A man then took the phone and confirmed that he was Kichatkin.

The Novaya journalist found Leonid Kichatkin’s newly dug grave in the Vybuty cemetery outside Pskov.  The photo is that seen on his wife’s VKontakte page  (more details here

Hayeva says that during the 15 months of her captivity, she learned more details about Russian involvement.  She asserts that  there is a Russian overseeing each ‘investigator’s’ work within the so-called ‘DPR ministry of state security and that each lawyer has to account for his or her work at a coordination centre in Rostov (in Russia). There were Russians imprisoned with her, including a man she believes to have been a Russian officer – Alexander (Sasha) Trudnenko.  She says that he had been set up and punished as somebody in his military unit was selling weapons.

There were a lot of Russian prisoners, she continues, whose conditions were even worse and who were locked away without even being taken outside at all.

Hayeva was seized by men from the so-called ‘ministry of state security’ d on October 14, 2016 and accused of being “a spy of a hostile foreign state who worked for the Ukrainian Armed Forces in Volnovakha, Mariupol temporarily under the control of the Ukrainian Army”.

Hayeva is scathing of the ‘bands’ who have seized control of her Donbas.  She says that they have plundered houses, flats, cars for themselves, their fighters.

She also asserts that the militants have stood at one end of the city and fired at the other, claiming that Ukrainian soldiers are to blame.  She says that journalists from Russian propaganda media like LifeNews and Rossiya 24 have turned up and asked for a specific address before the shelling hit, i.e. knowing in advance what target was planned.  Asked if she knows this from other people’s accounts, she says “why?  We’ve seen it all ourselves!”

Hayeva was ‘sentenced’ to 10 years’ imprisonment in November 2017.  Asked whether she had a lawyer, she says “Of course, Shishkina.  She was appointed for all political cases.  There were no ‘witnesses’, and she is convinced that they knew that they were writing nonsense in the ‘case’ against her, that they didn’t have the right to imprison somebody for such behaviour.

Hayeva’s account is in keeping with other reports about Russian military involvement in Donbas, and will hopefully be expanded upon in coming months.  For the moment, she and many of the other former prisoners are at a government clinic, recuperating after their imprisonment.

Hayeva is certainly right that the militants had no right to imprison her, however the information she divulged is of vital importance for holding Russia to account, including at the International Criminal Court at the Hague.  It is for this reason that Russia and the militants it is funding, arming and controlling in Donbas come down very hard on those who expose the truth.

Valentina Melnykova, Head of the Union of Russian Soldiers’ Mothers Committees, recently noted that Russia has followed the Soviet tradition of not publicizing fatalities.  She believes the secrecy about deaths of Russians in combat in Donbas  may lie partly in the ‘insurance’ payments the families get, and feels frustrated that families have so easily given in and agreed to be silenced. The revelations about the Pskov paratroopers killed in Donbas in August 2014, about other deaths and about attempts to hush them up have not reached the public realm since 2014.

Melnykova says that her committees assume a figure of at least 1,500 “Russian so-called volunteers, in fact, Russian conscripts, soldiers, officers

Melnykova told the BBC Ukrainian Service there is no chance at present of calculating the number of deaths and calls the situation “terrible”.

“From the beginning of military action, Russian soldiers were sent there without documents, without identification tags, depersonalized, in accordance with unknown orders and with unclear status. It’s impossible in principle to give an exact calculation, there can only be folklore methods of calculating.”

Russia denied from the beginning that it was behind the military conflict in Donbas.  It continues to claim, for example, that soldiers captured 30 kilometres into Ukrainian territory ‘got lost’, that two military intelligence officers seized after the killing of a Ukrainian soldier had ‘resigned’ months earlier and that the sophisticated tanks and other equipment used by Kremlin-backed militants “were found in Donbas mines”.