Sinister disappearances and killings in Kremlin-backed ‘Luhansk republic’Russia-backed Luhansk militants seize pensioner for posting pro-Ukraine leafletsA brief description of the KHPG strategic litigations in the first half of 2021Remember Reshat Ametov, tortured and slain for opposing Russia’s occupation of Crimea Tortured but alive! Over two years waiting for news of Donbas militants’ hostage 20 years after Gongadze murder, the killers of another Ukrainian journalist are being protectedWhy were Wagner fighters from Russia seized in Belarus and can Ukraine get them extradited?5 years of torment for mother of Ukrainian POW seized by Russian-controlled Luhansk militantsLuhansk militants sentence Ukrainian to 12 years for “state treason”Reshat Ametov, tortured to death for wanting his children to grow up free in UkraineLuhansk hostage likely crippled after torture in Russian proxy Donbas “republic”Accountability for international crimes committed in Ukraine between 2014–2018Russia’s ‘all for all’ exchange: those who were not returned to UkraineRussia deploys ‘Cossacks’ as thugs and ‘witnesses’ in politically-motivated prosecutions in occupied CrimeaRussian soldier & two paramilitaries charged with savage murder of Hero of Ukraine Reshat AmetovRussia defends its ‘historic right’ to abduct Ukrainian political prisonersProtestants driven underground like in Soviet times in Russian proxy Donbas ‘republics’16-year-old Crimean Tatar sentenced for removing 3 Russian flags in occupied CrimeaBlogger imprisoned for ‘hate speech’ after criticizing banditry in Russian-backed Donbas ‘republic’Reshat Ametov, and the torture and killings with impunity that Russia brought to Crimea
• Topics / The right to liberty and security 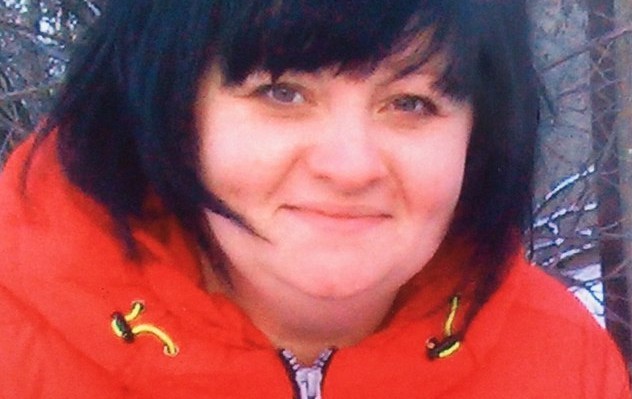 News has emerged of another woman abducted in the self-proclaimed ‘Luhansk people’s republic’ [‘LPR’] , and probably now held by its sinister ‘ministry of state security’.  The information cannot be verified, but the official denials have been heard too many times before to have any credibility, whereas those reporting such enforced disappearances are taking a risk in doing so.

A message on the VKontakte ‘Blacklist’ page asserts that “people disappear in LPR without any information” and that it’s useless turning to the police”.

It is four months, the post reads, since Yulia Viktorovna Polshchykova from Rovenki disappeared.  Neighbours say that she was taken away by two men in training gear who said that they were from the so-called ‘LPR ministry of state security’.  Judging by the name under the photo, and the general style of the post, it seems likely that it was written by Nastena Polshchykova, who may be the missing woman’s daughter.  This makes the situation even more ominous as the name under the photo now leads to a VKontakte message saying that the page sought has been deleted.

The only other information is a newspaper report from 7 September 2017, saying that the police are establishing the whereabouts of the 38-year-old woman who left her home on September 5 at 13.00.

How many people actually are abducted in the territory under the control of LPR militants is not known, but reports coming out suggest the number is high.

As reported , in October 2017 the body of one of four taxi drivers to have disappeared over the last year was discovered, ten months after his family reported his disappearance.  Serhiy Dmitrenko was just 25 years old and worked for a taxi company in Luhansk.

22-year-old Mykola Petukhov was seized by armed LPR militants in the early morning of August 31, 2017.  Mykola’s mother reports that a young man, identified only as Oleksiy, was seized just a week earlier, and his body found a few days later,  Both of them made a living by helping people with luggage as they cross from LPR into government-controlled territory or vice versa.

Thankfully, she was finally released three weeks later, but with scars from the torture methods the militants had used. Her finger was badly swollen after the militants applied pliers for several days and held her in handcuffs trying to force her to ‘confess’ to spying or acts of sabotage for the Ukrainian Security Service [SBU].

Halyna Hayeva, a nurse seized by the ‘Donetsk people’s republic ministry of state security’ and held for 13 months before being released as part of the 27 December exchange, asserts that ‘lawyers’ must go to Russian Rostov to report on any cases assigned them by the so-called ‘ministry’.  She learned also, during the long months in ‘DPR’ captivity, that there is a Russian overseeing all ‘cases’ dealt with by the ‘ministry of state security investigators’.

Often the only information about an abducted person comes from the militant websites which report that the person was sentenced to 10 years or longer for ‘spying’. Among those civilian hostages recently released was blogger Edward Nedelyaev, whose truthful blogs about life in the so-called ‘republic’ got him a 14-year sentence; Vlad Ovcharenko and Akhtem Akhmerov, sentenced to 17 and 13 years respectively for a Ukrainian flag and a flashmob burning the ‘LPR’ flag.  All and others were sentenced for supposed ‘spying’.