Poroshenko accused of creating a weapon against critical NGOs, like in Russia & Kazakhstan 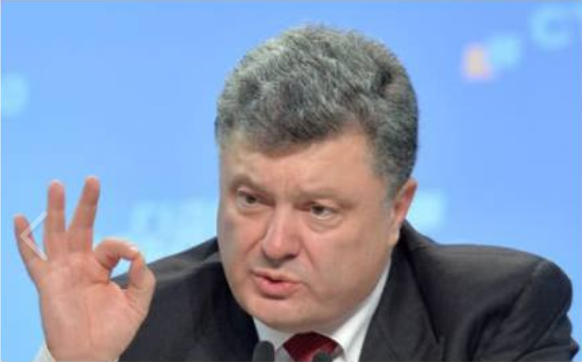 Ukrainian civic activists have expressed anger over public claims made by President Petro Poroshenko’s spokesperson that two contentious bills proposed by the President in July 2017 have been agreed with civic organizations.  The bills would remove the widely condemned requirement on Ukrainian anti-corruption organizations to provide electronic income declarations, but would instead impose discriminatory demands on all NGOs.

There had been criticism both in Ukraine and abroad at the law introduced in March 2017 which effectively treated anti-corruption activists as civil servants, requiring them to fill out electronic e-declarations.  This was widely seen as a means of putting pressure on activists and investigative journalists seeking to expose corrupt dealings.

The announcement that the two bills submitted by the President would remove this demand was welcomed, however the two bills presented on July 10, 2017 - №6675 and No. 6674 – aroused concern over proposed amendments to the Tax Code.  These imposed extensive reporting requirements, affecting all civic organizations receiving foreign or state funding, but leaving untouched supposedly non-profit-making organizations created by political parties or business concerns.

The bills were very widely criticized by civic activists, so the statement by Iryna Lytsenko, the President’s representative in the Verkhovna Rada, on February 7 was at very least startling.  She asserted that “civic organizations and activists have agreed to a broadened submission of information, extended reporting”.  She also said that the President is planning to increase the income threshold for civic organizations with this reducing by three times the number of people who needed to give such accounts.

Oleksandr Ravchev, from the USAID project “Citizens in Action’ and Tetyana Pechonchyk from the Human Rights Information Centre both accuse Lutsenko of manipulating the facts.  Pechonchyk states clearly that dozens of organizations have come out against measures aimed “at tightening the screws and narrowing the scope for the work of civil society in Ukraine”.  They will not, she stresses, “accept the replacement of one repressive law by another”.

She points out that over 70 human rights and other civic NGOs had endorsed a statement soon after the bills were tabled.  This called for an end to the offensive on civil society and warned that the President’s Administration was copying methods used in Russia and Kazakhstan.  The latter have claimed concern for transparency and accountability, while in fact ensuring the elimination of civic associations that are not under the control of the authorities. The threat that an NGO’s non-profit-making status would be removed as punishment  for failure to provide the reporting exactly as demanded was nothing more than a weapon for applying selective pressure on civic organizations deemed too critical or not ‘loyal’ to the government.

If that statement from September 2017 might have slipped Iryna Lutsenko’s mind, the same cannot be said for the unequivocal position expressed on Feb 5, 2018 by the Reanimation Package of Reforms [RPR].

This noted that the law requiring civic activists and those “involved in measures linked with countering corruption” was still in force, and that the term for submitting new e-declarations had begun on January 1.

They cite the reasons for concern voiced from March 2017 by Ukrainian civic organizations and Ukraine’s western partners.  The requirement could apply to any person simply by virtue of their participation in an anti-corruption rally. The wording is so vague that selective application would be inevitable, something that the human rights organizations believed was done quite deliberately.

While it might be clear who definitely fell within the law, it was not at all obvious who did not, which is particularly problematical given that criminal liability looms for not complying with the requirement (more details here).

The bills proposed in July had not been discussed in advance with civic organizations and there was general criticism of the extensive reporting demands on NGOs.

The bills were submitted to the Council of Europe’s Venice Commission which is due to present its assessment and recommendations in March 2018.

Since the requirement for e-declarations is in effect now, RPR called on MPs to adopt one of a number of bills now in parliament which would cancel this now.

Whoever it was that the President agreed something with, RPR and other major civic organizations are adamant that there has been no deal on accepting one type of discriminatory demand to remove another.