A legal suit has been lodged to try to stop the so-called ‘restoration’ of the world-renowned Khan’s Palace in Bakhchysarai which is destroying a world-renowned monument of Crimean Tatar heritage.  Action and maximum publicity are vital now, as each day is causing irreparable damage, and the court is asked to order the immediate suspension of any further work pending a proper assessment.

As reported, restoration work on a 16th century Crimean Tatar monument of major historical and cultural significance has been entrusted to a Moscow-based general contractor Atta Group Architectural and Planning Holding, using a Simferopol construction firm called Kiramet.  Neither company has any experience in restoration work.  Lawyer Nikolai Polozov believes that the whole point of this exercise in barbaric destruction is to get quick profit from the 200 million roubles (3.5 million USD) in Russian state funding allocated for the work.

They are seeking to syphon off this ‘easy money’ by, for example, removing the original joists and replacing them with contemporary composite planks, and substituting modern Spanish tiles for the original ‘tatarka’ tiles. 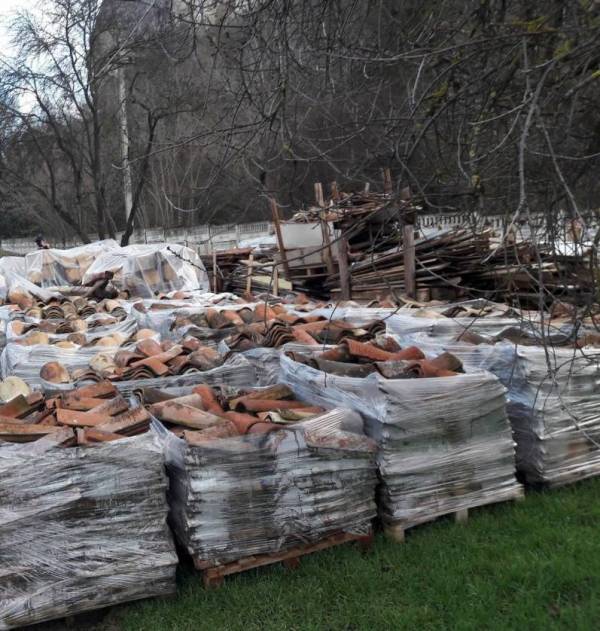 Real restoration requires expert consultation and experienced restorers working with great care, and, as much as possible, with original materials.  Instead the plans were kept secret, and attempts made to keep people away from the site altogether, only exacerbating fears that they have a lot to hide.

In fact, photos have been taken of the ‘work’ underway and they confirm all the worst fears.  The territory of the Khan’s Palace in places resembles a demolition site, with original stones left lying about as if they’re rubbish, wooden structures replaced by concrete, and wall murals irrevocably lost.

The scale of destruction is enormous and totally unnecessary. A study carried out by Ukrainian specialists before 2014 had found that of the 22 joints on one of the roof coverings, three needed to be replaced, and one restored, with the structure to be strengthened by a metallic bracket over four beams.  This assessment had been confirmed in 2015, yet the decision taken by these firms that have no experience of restoration has been to replace all of the oak beams there and elsewhere with glue composite planks put together using OSB {oriented strand board) technology (a solution rather like plywood!).

What is more, they have used heavy construction equipment, such as hydraulic drills, for dismantling work, with this causing vibration and the loss of part of the wall’s finish.

Restoration work is never carried out with the total dismantling of the authentic parts of a monument. Contemporary technology for restoration makes it possible to provide the required fastening without any significant damage to it.  Yet these construction workers are totally replacing the original materials used for beam and girder system and roof of the Khan Mosque with contemporary construction technology, including the same OSB technology to replace authentic oak beams.

Absolutely all of the authentic and handmade ‘Tatarka’ tiles are being replaced by factory-made Spanish titles.  The authentic tiles have all been packed and will presumably be used for corrupt officials’ villas, or similar.

Polozov informs that he has submitted the law suit on behalf of Elmira Ablyalimova, the former head of the Bakhchysarai Historical, Cultural and Archaeological Museum-Reserve.  As a person who has worked with heart and soul to preserve “one of the most important historical monuments of the Crimean Tatar people”, she cannot simply watch as it is brazenly destroyed.

They are asking the Zheleznodorozhny District Court in Crimea to suspend Kiramet’s work on the Khan’s Palace and to order a comprehensive archaeological, historical and cultural analysis, with an assessment of the damage already caused,  and recommendations for real conservation and restoration work,

Polozov has few illusions.  There is a lot of money at stake and those prepared to destroy a monument of such importance for profit will not simply let it go.  This will not be the only court case, he promises, and they plan to approach international courts if necessary. 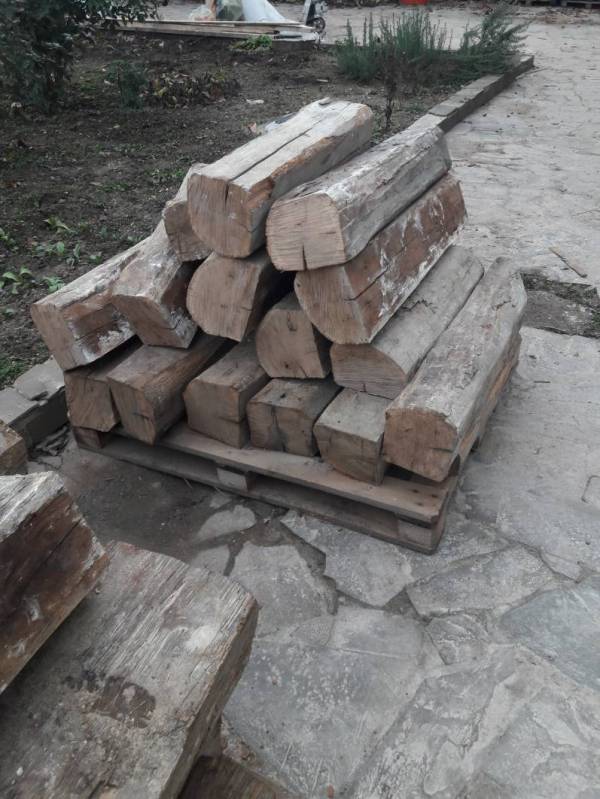 Some idea of the scale of the destruction can be gauged in the videos here:

The Khan’s Palace in Bakhchysarai was placed on UNESCO’s World Heritage Tentative List back in 2003, but the necessary work for establishing its international status was unfortunately not completed.  The complex includes the Palace itself, a hall for receiving visitors, two mosques, a harem and other buildings. It was built as the main residence of the monarchs of the Crimean Khanate - the state of the Crimean Tatar people – and was the political, religious and cultural centre of the Crimean Tatar community until the collapse of the Khanate in 1783.

While it is likely that corruption and greed are the major driving forces behind this barbarism, the Crimean Tatars have been the target of particular repression since Russia’s invasion and annexation of Crimea, and this is a very real attack on their historical and cultural heritage.

Please help publicize the information and videos here and, if possible, write to UNESCO.  Even if the Khan Palace in Bakhchysarai had not received full status, it is on their tentative list, and is a place of cultural heritage which is clearly in grave danger.

You might like to cite the Venice Charter (International Charter for the Conservation and Restoration of Monuments and Sites) which Russia is so brazenly flouting.  Article 12 of the Charter expressly states that:

Replacements of missing parts must integrate harmoniously with the whole, but at the same time must be distinguishable from the original so that restoration does not falsify the artistic or historic evidence.

The following are further details which could be mentioned.  UNESCO has been informed, but the more people who contact them, expressing concern, the better.

Wholesale replacement of healthy wooden beams and other authentic materials is underway, with these doubtless going to be used elsewhere.

The labourers working for Kiramet are destroying wall-paintings through their incompetence and are everywhere using contemporary materials which do not match the period.

The beam and girder system and roof of the Khan Mosque are being totally replaced with contemporary material, using modern construction technologies.

Authentic oak joists are being replaced by the above-mentoned composite beams with the use of OSB technology.

Authentic crossbeams are being replaced with concrete beams.  Specialists warn that the work underway will make the building heavier, while the concrete will intensify the erosion of the walls’ limestone masonry.  This is something any expert could have told them, and the apparent lack of any consultation or expert assessments is likely to have catastrophic consequences.

Construction work, using heavy equipment, is being carried out near tombstones or elements of cultural heritage inside the Mosque. Some of the wall paintings, and the Mihrab are completely exposed, while the polyethylene film used over the tombstones could not protect against the mechnical impact from the equipment used. At least one new crack has already been detected.

Elmira Ablyalimova and other specialists warn that what they can see may only be a part of the damage being caused.