Don’t throw the baby out with the bathwater: the selection of Supreme Court judges in retrospect 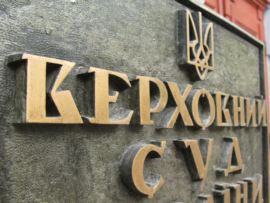 An analysis of the selection of Supreme Court judges in retrospective by Luba Zimanova Beardsley, member of the Strategic Group of Advisors for support of the reforms.

On November 11, 2017 the President of Ukraine appointed 113 judges to the Supreme Court (SC). His ceremonial decision concluded a rather lengthy, contentious selection process carried out by the High Qualification Commission of Judges (HQCJ) and finalized by the High Council of Justice (HCJ). The difference in opinion about the ethical and integrity qualifications of the SC judges between the HQCJ and Public Integrity Council (PIC) has been the main source of tension.

After a battle, everyone is a general.  So, normally I try to avoid getting myself in the position of an ex post general.  Yet the importance of the recent SC selections justifies making an exception to the rule. This selection was a litmus test of the political will and technical capabilities of the justice sector to reform itself. It also established feasibility benchmarks for the rest of the large scale hiring of judges expected to be done for courts.  Moreover, the perceived qualifications of the new judges of the highest court of the country and the degree of transparency in the selection process will create a baseline for public trust in and support for the judiciary in the future.

In this article, I argue that the participation of the civic society/NGOs in the selection of judges is necessary for Ukraine. I also argue that the clearer set of policies and rules as well as less formal arrangements should be put in place in order to establish and cultivate a culture of close collaboration between HQCJ and PIC.  Also, a quick and unbiased assessment of the process of selection of the SC judges, followed by its improvements, may be necessary to facilitate the full acceptance of the process.

How Did We Do?

As a result of the selection, 113 judges, which is 94 percent of the original target, were appointed.  The appointment process lasted almost a year — much longer than originally planned.  The full costs of the process are not known, but the significant contributions of donors suggest that the replication of the model as is could be unaffordable for the state budget.  Delays and higher costs suggest too much procedural complexity – an issue which should be examined for the reason of efficiency but also quality of the process.

Assessing the quality of the selection is much more difficult to do. Obviously, a metrics should depend on the overall goal and a combination of qualities the Ukraine judiciary is looking for. Is Ukraine creating a process and capacity for the selection of judges which complies with EU/EC requirements, is it a cleansing of judiciary, or both, or something else?  I don’t think that is clear.  Theoretically, we can measure the quality of the selection using such indicators as: the score achieved by appointed judges relative to the maximum achievable score, and the ratio of joint consensus-based-endorsements of candidates by HQCJ and PIC (an ideal judge); and the integrity, reliability and transparency of the process.

Several evaluations of the SC selection process have been done thus far, but many of these were simply self-assessments and none of them covered the whole process and its outcome.  The absence of a reliable and complete assessment may be a reason why, when we think about the selection, we see the classic situation of “a glass half full or half empty”.

On one hand, optimists — mainly HQCJ and its supporters — declared a victory even before the end of the selection process, calling it the best possible international practice, specifically in terms of the scope of the evaluation and its transparency. The group’s reaction to the criticism (coming mostly from PIC and watch-dog NGOs) was timely and comprehensive. But it was also defensive, uncompromising and somewhat legalistic. The group pointed to the legal prerogative of HQCJ to make selection decisions as opposed to the advisory nature of the PIC involvement.  Some members turned to an in-depth legal analysis of PIC’s recommendations, followed by raising questions regarding their quality, legality and even PIC’s relevance.  Never mind that no such analysis was carried out for the rest – and much larger–part of the decision-making.

On the other hand, pessimists’ – the PIC’s and NGOs’ — main criticism was that not all appointed judges possess the ethical and integrity qualifications as proscribed by the law.  These claims were supported by the fact that eventually 25 new judges of the SC (22 percent) were vetoed and 60 (53 percent) objected to by the PIC.  The pessimists also complained that selected judges are not “la crème de la crème” applicants. They  blamed the shortcomings of the process, such as: the changes of the [selection] rules “in the middle of the game”, the potential bias of some of the decision makers, a lack of transparency, and quite a few methodological discrepancies, such as the relevance of a test of evaluation or distribution and calculation of points for the “poor” results  As for transparency, the main concerns of the PIC and NGOs stemmed from a combination of three factors—the very high level of discretionary powers of decision-makers; the confidentiality of individual votes; and the delayed and incomplete publication of data relevant to the selections.

The “myside bias” tendencies in communicating the challenges of the selection or responding to its criticism to the public left the rest of us – the bystanders –with serious dilemmas as with whom we should we agree? And, was the selection of judges valid and legitimate?

The key challenge of the evaluation of ethics and integrity of candidates was a source of tension between PIC’s strong demand for more accountability [of candidates who previously served as judges] and HQCJ’s inclination to safeguard the principles of independence.  Ukraine lacks clarity on the concept and application of judicial accountability. This, perhaps, was the reason why PIC’s call for accountability was often misinterpreted as an attack on judicial independence.

Judicial accountability relies on external public scrutiny of judges’ work. The public should be able to assess whether judges are duly exercising their functions and responsibilities and whether the system is functioning independently and impartially (See Report of the Special Rapporteur on the Independence of Judges and Lawyers, Gabriela Knaul, 2014 [Report]).  If we can agree to that, it is hard to understand why the PIC should not be able to review court decisions of candidates for the SC, not with the purpose to reverse it (indeed such review belongs to a court), but to establish patterns, biases, and values of future judges. As Gabriela Knaul stated in her report: “the approach [to judicial independence] has to be less absolute and more nuanced and leave room for the development of accountability mechanisms for the justice system”.

The October 24-25, 2017 Conference on the Selection of SC Judges, (organized, among others, by HJC and HQCJ) confirmed some but not all of the above procedural shortcomings. The technical experts spoke very openly about the faults of the process, but they stopped short of challenging its validity or reliability. However, each expert spoke only on behalf of his/her respective area of responsibility. The cumulative effect of the faults of the process has not been summarized yet.

As said above, the final outcome of the selection was legalized by the President. But the issue of reliability and validity of the process remains under a cloud.

For me, the main takeaways regarding the SC judicial selection process relate to the rules of institutional transformations.  They include:

Success of institutional transformations depends on clear policies and rules regarding functions and capacity (including financing) of institutions and their commitment to collaboration and cooperation.

In this case, an unclear policy and rules led to the loose interpretation of the PIC’s role in the process of selections. The PIC was expected to be a provider of inputs in formal decisions on the moral standing of candidates. Being composed of the members with strong affiliation with NGOs and in an agreement with HQCJ, the PIC assumed also the role of a watch-dog for the whole process.

An assumption of the PIC’s full autonomy led to two results. It led to the belief that the PIC could perform its functions without any financing and with very minimal assistance in terms of capacity building. It also encouraged the rivalry between HQCJ and PIC and their intense competition for superiority [of views] instead of cooperation for achieving the same objective.

During the implementation, it became clear that: a) the above two functions of the PIC are not compatible (one institution should not participate in and at the same time oversee the decision-making process); b) the scope of work assigned to the PIC exceeds its capacity; c) at least some financing and much capacity building effort is necessary for the PIC to be reliably operational in the future; and d) additional, formal and less formal platforms and incentives for the key players might be needed to encourage constructive dialogue and collaboration between the HQCJ and the PIC.

If the policies and rules become sufficiently clear in terms of the above issues, the HQCJ and PIC should be able, through close collaboration and honest communication, to sort out most of their differences.  Do I believe that this would lead to a better outcome?  Yes, I am convinced that under these circumstances the scope of differences between these two institutions would be smaller, and each group would be more willing to accept the other’s decisions. This would lead to mutual trust, a faster process and better outcomes.  And this would certainly eventually lead to greater credibility of the selection of judges and the Ukraine judiciary as such.

Importance of representation of community/civic society [through NGOs] for the selection of judges.

The judiciary, like other public institutions, must be accountable to the public it serves (Report).  Overseeing and/or taking part in the process of selection of judges is one of the most important ways for the public to guarantee the fair and transparent functioning of the justice system.

In Ukraine, the involvement of civic society in the selection of judges is justified by: a) the results NGOs have achieved in overseeing the justice sector in the past (see http://rpr.org.ua/en/annual-reports/), and b) by the still weak performance of courts and stubbornly low confidence of society in courts’ decision-making(according to the USAID 2017 Survey, as many as 65 percent of respondents absolutely distrust Judiciary/Courts; c) by the importance of the selection of judges for the transformation of courts (see para 2 of the article); and d) by the yet evolving nature of the selection process for judges.

NGOs can function as a watchdog, but they can also take part in decision-making, e.g. as the PIC does. The watchdog function guarantees that judges are duly exercising their duties and that the system itself is functioning efficiently, independently and impartially.  The former form of involvement allows for the inclusion and diversity of information and views in making the most important decisions of justice sector management. NGOs’ participation can be organized by including their representatives in decision-making bodies (e.g. as a member of HQCJ) or by creating an autonomous body like the PIC. However, the same representatives of NGOs should not simultaneously be a part of formal decision-making and act as a watch dog.