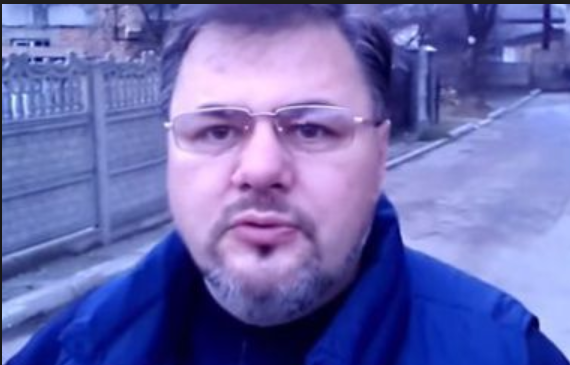 The re-trial of Ruslan Kotsaba, a highly contentious blogger and Amnesty International’s first prisoner of conscience in post-Maidan Ukraine has been suspended with a court in the Ivano-Frankivsk oblast sending the indictment back to the prosecutor’s office. The Dolyna District Court concluded that the prosecution had failed to formulate the indictment, as required by law.   It remains to be seen whether the prosecutor will try to reformulate the charges, or will let this case which Ukraine seems doomed to lose at the European Court of Human Rights die an ignominious death.

If the grounds given for the decision really are of fundamental importance, then they are truly damning since the indictment in question was drawn up and confirmed back in March 2015, two months after Kotsaba had been arrested and remanded in custody.

Kotsaba had been charged with state treason (Article 111 § 1 of Ukraine’s Criminal Code) and with obstructing the legitimate activities of the Armed Services (Article 114-1 § 1).  The court asserts that this indictment did not meet the requirements of Ukraine’s Criminal Procedure Code (Article 291 2.5) since it did not formulate the charge against Kotsaba.  It contained only the factual circumstances around the alleged offences which the prosecutor considered to have been established, and the legal qualification of these crimes.   There was reference only to Kotsaba having been informed that he was under suspicion.

The court notes that the Kyiv Regional Court of Appeal had on 7 December 2017 found that since the indictment had not formulated what it was that Kotsaba was charged with, the first instance court had not had any legal grounds for examining the case.  Since that court had actually convicted Kotsaba on one of the charges, and he spent 18 months in detention, all of this sounds very serious.

It is possible that such formal grounds are being used because nobody wants to touch this regrettable case initiated by Ukraine’s Security Service [SBU].

Ruslan Kotsaba was arrested on Feb 7, 2015 with the charges of treason and of obstruction being based on a video in which he opposed the mobilization drive in Ukraine, as well as on his cooperation with Russian pro-Kremlin media.

The video had, in fact, been seen by a very modest number of people until the SBU – Ukraine’s Security Service - made its author well-known.  By now it has been viewed by almost 461 thousand people and remains freely available on YouTube.  No evidence was provided during the court hearings that anybody had been influenced by the video.  Yet the prosecution claimed that the video fell under Article 114 as being ‘subversive activities obstructing the armed forces”.

On May 12, 2016 the Ivano-Frankivsk City Court found Kotsaba guilty of obstructing the legitimate activities of the Ukrainian Armed Forces but acquitted him of the more serious  charge of ‘state treason’.  He was sentenced to three and a half years, though the court stipulated that the sentence fell under the so-called Savchenko Law then in force.  This counted one day spent in SIZO [or remand prison, where the conditions are very bad] as two days of the actual sentence.  He had already spent 14 months in detention by that time, and 18 months by July 14, 2016 when the Ivano-Frankivsk Court of Appeal revoked the original conviction.

On June 1, 2017, the High Specialised Court revoked the acquittal following the prosecutor’s cassation appeal.  The grounds were purely procedural, linked with the fact that the Ivano-Frankivsk Court of Appeal had not allowed the prosecutor’s application to have certain evidence investigated. Ukraine’s Prosecutor General Yury Lutsenko had stated as soon as the acquittal was passed that his office would be lodging a cassation appeal.  After correctly noting that he had no right to criticize any court ruling, Lutsenko did precisely that, asserting that independent ‘experts’ had found calls to disrupt mobilization in Kotsaba’s statements with this “putting the country’ defence capacity in doubt”.  He called Kotsaba’s actions “a challenge to the state”.

Kotsaba’s behaviour before his arrest, his active collaboration with Russian state media and the demonstrably false assertions he made then and continues to make now antagonize very many people.  The prosecution never came up with any evidence that would override the blogger’s right in a democratic country to distort facts and express views that we find repugnant.