Dead Souls for Putin: Even Death Statistics are Fiddled in Russia 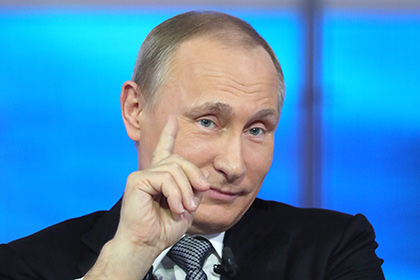 There has been a significant fall in the number of deaths from cardio-vascular illness, tuberculosis and cancer in Russia.  That’s if you believe the statistics, and don’t ask too many questions about the increase in deaths from a number of other illnesses, as well as from ‘unknown causes’.

It is likely that the answer to just one question would suffice, since all of this appears to be linked with one of Russian President Vladimir Putin’s ‘May decrees’ back in 2012.

In that decree, Putin demanded that particular attention be paid to lowering the mortality rate for cardio-vascular illness; cancer and tuberculosis, as well as infant mortality and deaths from road accidents.

It is since then that Russians have begun dying of rare illnesses, and unknown causes, Vedomosti reports, citing statistics from both RANEPA [the Russian Presidential Academy of the National Economy and Public Administration] and the Federal State Statistics Service.

Ramilya Khasanova from RANEPA points out that such developments are observed only in some regions.  Her monitoring suggests that these regions are trying to carry out the objectives expressed in the 2012 decree, as well as in the Framework for Demographic Policy until 2025.

Putin, for example, recently boasted in an address to the Federal Assembly of success in fighting cardio-vascular disease.  The percentage of people dying from such illnesses did decrease between 2011 and 2016, though this was most prominently seen in certain parts of the country (Mordovia, Ingushetia, the Amur, Tambov, Voronezh and Nizhny Novgorod oblasts and in Mari El.  This was while the percentage shot up steeply of people dying from endocrinal, nerve, urinary illnesses, psychiatric disorders or from other ‘unclassified’ reasons.

Khasanova assumes that a major factor is how deaths are now coded, with illnesses that might otherwise be considered cardio-vascular now viewed as illnesses of the nervous system. Larisa Popovich, Director of the Institute for Public Health Economics, acknowledges the scope for manipulation of statistics.  If the person died of a blood clot against a background of endocrinal disease, then either cause might be given.

Given the increase in deaths from causes that were not established, the reason for such manipulation seems brutally clear, and unrelated to any real improvement in tackling the specific diseases in Putin’s decree.

Over the years since Putin’s last ‘election’ and the decrees, there have been shocking reports of the state of the Russian health system, including a large number of cancer patients committing suicide.

Former Rear Admiral Vyacheslav Apanasenko died in hospital after shooting himself, following a prolonged battle with cancer. "Do not blame anyone but the Health Ministry and the government. I was prepared to suffer, but watching my loved ones struggle has proven too much," his suicide note said.  In 2015, there were numerous such reports about what one article called Russia’s “cancer-suicide epidemic”, which was seen as linked to the country’s underdeveloped healthcare system.

The problem is not just in getting life-saving treatment, but in receiving any kind of palliative care at all.

There were 11 ‘May Decrees’ in total, signed by Putin after he became President for the third time.  It seems likely that the sudden and unexplained increase in monthly pay received by public sector workers over the last three months is also linked to these decrees on the eve of Putin’s ‘re-election’ for a fourth term.