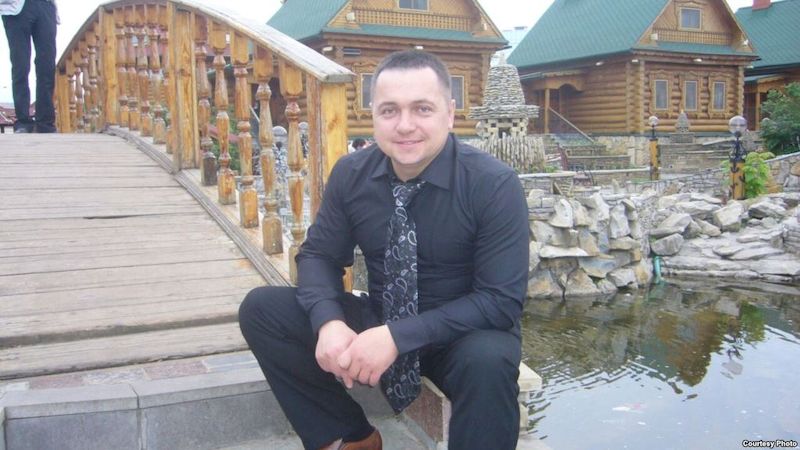 Ukraine’s Migration Service has turned down Ildar Valiev’s application for asylum, even though he could face imprisonment in Russia on charges identical to those which Russia is using to illegally imprison Ukrainian Muslims in Crimea.

The decision, dated 12 March 2018, claims that the 41-year-old businessman from Kazan in Russia does not meet the demands set out in Ukraine’s Law on Refugees for either a refugee or a person requiring temporary protection.  The decision, which will certainly be appealed, is incomprehensible given that the said Law specifically names a refugee as being a person who has well-founded fear of persecution, among other reasons, on the basis of their faith.

Valiev could face a 10-15-year sentence if forcibly returned to Russia solely on the grounds of his membership of the peaceful pan-Islamist movement, Hizb ut-Tahrir which is legal in Ukraine.  Russia has declared Hizb ut-Tahrir a ‘terrorist’ organization without providing any credible grounds and regularly sentences people to huge terms of imprisonment (up to life) on nebulous, and often unproven, charges of ‘involvement’ in the movement.

All those imprisoned solely on such charges are declared political prisoners by the authoritative Memorial Human Rights Centre.

As mentioned, Ukraine’s Migration Service had no right to not be aware of this since 25 Crimean Muslims* have either been sentenced to long terms of imprisonment or are in indefinite detention and facing long prison sentences.  Real proof of involvement in Hizb ut-Tahrir is not required and in a number of cases, Russia has targeted Ukrainian human rights or civic activists, including those who have taken part in the Crimea Solidarity initiative, launched to help political prisoners and their families.

The ‘trials’ of Ruslan Zeytullaev and three other Crimean Tatars from Sevastopol, and the manner in which the FSB obtained the 15-year sentence against Zeytullaev which it wanted for its paperwork make it quite clear that justice cannot be expected from a Russian court.

Valiev had been living with his wife and four children in Odesa when he was detained on May 24, 2017 as he tried to fly to Turkey for business reasons.

It transpired yet again that INTERPOL had not carried out a proper check of Russia’s request for a Red Notice to be issued against Valiev.  If it had looked beyond the apparent ‘terrorism article’ of Russia’s criminal code, it would have seen that Valiev was accused of no more than peacefully espousing the views that he openly holds as a member of Hizb ut-Tahrir.

Andriy Leshchenko, Valiev’s lawyer, explained at the time that the formal decision on bringing criminal charges was issued by the deputy head of the department on particularly important cases of the Tatarstan Investigative Committee.  This claimed that from November 2012 to May 2015 Valiev had taken part in Hizb ut-Tahrir campaigning gatherings and had also sought to persuade others to participate.

As Leshchenko summarized it, “Valiev’s guilt was alleged to lie in having worshipped together with others and having encouraged others to take part in this”.

Under Article 205.5 of Russia’s Criminal Code, he could face 10-15 years’ imprisonment.

Valiev was initially remanded in custody for two months, however the Odesa Regional Court of Appeal revoked this ruling on June 8, ordering that Valiev be released immediately.

Valiev is a graduate in political science, and also studied at the international affairs faculty of Kazan University.  He owned a café in Kazan, together with two business partners  - Azat Adiev and Albert Valiullin.  It was after they were sentenced to 19 and 18 years, respectively, for supposedly ‘organizing’ a Hizb ut-Tahrir group, that Valiev and his family left Russia, fearing that he too would face persecution for his religious and political views.

They seem to have lived in Turkey from May 2015, but moved to Ukraine in the Spring of 2017, assuming that here they would be safe.

This is not the first time that Ukraine’s Migration Service, probably together with the Security Service [SBU] has made baffling decisions that arouse suspicion that they are collaborating with Russia’s FSB.