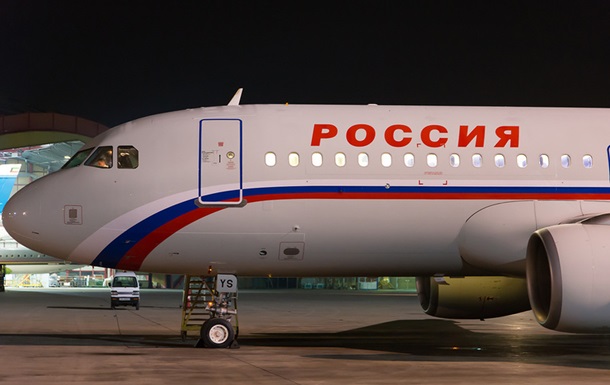 Ukraine’s State Aviation Administration has had enough of unpaid fines imposed on Russia for its ongoing violation of Ukrainian airspace over Crimea.  It will now be seeking the arrest of assets, including planes belonging to Aeroflot and other Russian airlines when they land in other countries.  While hurdles are inevitable, the move will raise important – and uncomfortable – questions about appropriate measures against brazen violations of international law and sanctions.

As of March 2018, Russian airlines are owing Ukraine around 5 billion UAH in unpaid fines for flights to Crimea which Ukraine prohibited back in 2014.   It is now becoming clear that this was no bureaucratic exercise in paperwork, but ammunition for a major battle.

Fines have been imposed on 40 Russian airlines, including Aeroflot, Utair, Red Wings Airlines and others.  Volodymyr Omelyan, Ukraine’s Transport Minister says that the time for seeking payment through local courts is over, and Ukraine will now be turning to international courts.  Russian specialists are openly sceptical.

Ukraine has been emboldened by its recent Naftogaz victory against Russia’s Gazprom at the Stockholm arbitration court, RBC.ua writes, and is seeking mechanisms to enable it to retrieve the fines and make Russia’s violations of Ukrainian airspace hurt.

Ukraine’s ban on flights to Crimea after Russia’s invasion and annexation in February – March 2014 was in full compliance with international law.  Russian occupation of the peninsula made it impossible for Ukraine to fulfil its international duty to guarantee flight safety over its airspace.

Russia’s denial that it is illegally occupying Crimea has been rejected by the UN General Assembly, the International Criminal Court and all democratic countries.  It is also in breach of Russia’s own obligations and recognized national borders under multiple international agreements which it has not withdrawn from.

It is of critical importance here that only Russian airlines are violating this ban.

Although Russian airlines have not paid a single fine, they are not totally ignoring the situation.  RBC reports, for example, that Aeroflot has actually won 300-400 law suits against the fines, on the grounds that time frames for imposing them had been infringed.

The time infringements are hopefully a thing of the past.  Certainly the account given by Viktor Avdiyev, head of the State Aviation Administration’s legal department suggests that they are now scrupulously following all requirements and using vast amounts of paper as a result.

The writs are always returned on the grounds that the companies involved do not have assets in Ukraine, and Ukraine’s bailiff service does not have the right to seize assets abroad.

It is this restriction that Ukraine is now endeavouring to overcome.  A working group, involving people from different state ministries and departments has been set up to develop a mechanism for ensuring that the Russian airlines can be made to pay.

One such method is to target the top management.  They know that Ukraine’s airspace is being violated, and while they don’t know which specific pilots were involved in a particular flight, the directors of the airline involved can be viewed as complicit in the crime.  They can also identify the specific plane that arrived in Crimea.

They may therefore use the opportunity now posed by Ukraine’s criminal legislation to seek trial in absentia.  The idea here would be that the Aviation Administration would also lodge a civic suit with the courts for an order to have the person’s assets seized. Ukraine’s Criminal Procedure Code allows such orders to cover the property of the legal entity whose actions caused the losses, i.e. the airline.

Having received such a court warrant, Ukraine’s Justice Ministry or Prosecutor General’s Office would be able to apply for assistance from other countries.

Avdiyev provided an example which clarifies the situation.  Once Ukraine knew that a particular plane from a Russian airline had been in Crimea, and had now landed in Warsaw, it could ask the Polish authorities to arrest the plane.

One argument against this scenario, which Russian specialists  cite, is that most of the airlines lease, and do not actually own their planes.  Russia in general leases from Boeing or Airbus, and they do not bear liability.

This clearly needs investigation, but the argument does have some flaws.  In the example cited, it would be the airline that had brought the plane into Poland, and the fact that the plane was formally owned by Boeing would surely not absolve the airline of responsibility, if Poland agreed with Ukraine that the law had been broken. Perhaps a plane cannot be confiscated if it in fact belongs to Boeing, but can it not be grounded until the offending airliner pays the fine?

Roman Marchenko, a senior partners of the international legal firm Ilyashev & Partners also disputes the claim that leased planes cannot be arrested, and says that the legislation of a number of countries does allow for such seizure of planes.

Such moves would, in any case, highlight the fact that planes owned by international companies were violating international sanctions.

Ukraine is also planning to seek a ban on providing airlines with technical servicing if their planes are flying to Crimea.   Such technical services in the case of Russian planes would, again, be provided in the main by Boeing and Airbus.  Avdiyev stresses that this would be “a colossal economic blow to the Russian airlines”.

The question remains open of how other countries will respond. While they may well not want a major conflict with Aeroflot, they themselves are complying with Ukraine’s ban and international sanctions and not flying to Crimea.

Now seems the time to make it clear that they should not be aiding Russian airlines in committing a crime.