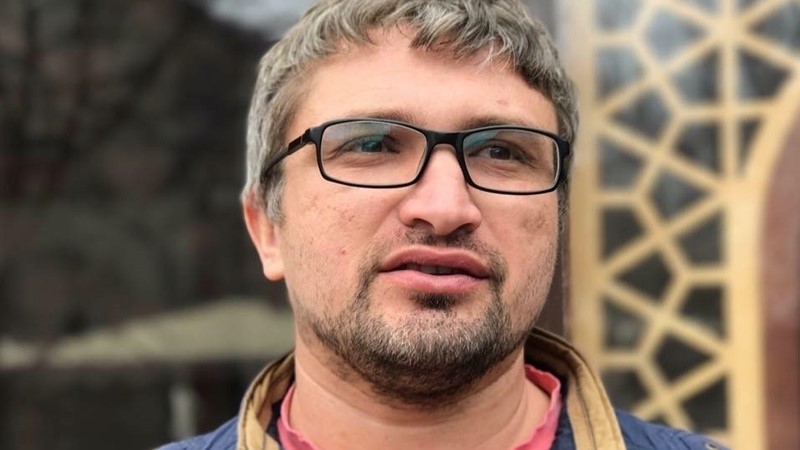 As anticipated, Russia has taken no time since Vladimir Putin’s ‘re-election’ to unleash a new wave of repression in occupied Crimea.  The most disturbing development so far was the arrest on 22 March of Nariman Memedeminov, a well-known Crimean Tatar civic journalist who is actively involved in providing coverage of political persecution.  The charges appear to be based on YouTube videos posted in 2012 and 2013.  This is the latest of several arrests of civic journalists and other activists involved in the Crimea Solidarity initiative, launched to help political prisoners and their families.  It is an evident offensive against those continuing to report human rights violations and aimed at silencing dissident voices.

As has become standard under Russian occupation, armed and masked officers turned up at Memedeminov’s home in Kholmovka, Bakhchysarai district at around 6 a.m. They used both gratuitous force and foul language, before throwing Memedeminov to the floor and handcuffing him.  The entire search was carried out in similar mode, despite the presence of Memedeminov’s traumatized children, with the men removing telephones and other technology.

Memedeminov was taken to the FSB building for so-called ‘investigative activities’, and has since been held in the Simferopol temporary holding facility.  A ‘court’ hearing  on March 23 remanded him in custody for two months.

Russian and Russian-controlled Crimean media were all swift to report the FSB’s claim that the arrest was over ‘public calls to carry out terrorist activities via the Internet’ (Article 205 § 2 of Russia’s criminal code).

This is not the first time that Memedeminov has been targeted. His was one of the homes subjected to an armed search on 11 February 2016, when human rights activist Emir-Usein Kuku and three other men were arrested.  At least one other Crimean Tatar reported (after fleeing Crimea) that he had been tortured and threatened with arrest if he did not give false testimony against the four men arrested.

In July 2017, Memedeminov faced administrative charges for supposed ‘involvement in an unauthorized meeting’ on 13 July outside the home of Seidamet Mustafaev where an armed search was underway.  These charges are ‘heard’ by Russian-controlled ‘judges’ who provide the sentence demanded of them.  On that occasion, Memedeminov was fined 10 thousand roubles (a significant amount).

In 2017, Russia began using repressive measures against those Crimean Tatars who came out in peaceful solidarity with the victims of repression.  It was often the case that the original target of an armed search would be detained and jailed, as well as many other people who had simply been standing outside in solidarity.  Such repressive actions were especially directed against civic journalists like Nariman Memedeminov who took video footage and / or streamed the proceedings onto the  Internet.

Lawyer Emil Kurbedinov has been told only that the YouTube videos have supposedly been subjected to an ‘expert assessment’ which claims that certain utterances fall under the above mentioned article of Russia’s criminal code, which Russia is illegally applying in Crimea.

The videos in question were posted well before Russia’s invasion of Crimea, and indisputably under Ukrainian jurisdiction.  The ‘calls to ‘terrorist activity’ should also be understood clearly, since it is ikely that all that is involved is, for example, that mention was made of Hizb ut-Tahrir. This peaceful pan-Islamic movement iis legal in Ukraine and most countries and is not known to have ever carried out acts of terrorism.  Russia declared it ‘terrorist’, without providing any legitimate grounds, and now uses it to imprison men for decades on spurious terrorism charges.  Kuku, who is recognized by Amnesty International as a prisoner of conscience and 24 other Crimean Muslims are facing precisely these kinds of charges.

Kurbedinov is surely right in his assessment of the situation.  He points out that Memedeminov “is a civic journalist who took part in circulating information about human rights violations in Crimea. He is being persecuted for that.  Today the entire world community should recognize civic journalists living in Crimea as their colleagues who everyday face arrest”.

Russia began crushing independent journalism and media outlets back in 2014, and there are effectively no free media in occupied Crimea.  One journalist Mykola Semena was put on trial, given a suspended sentence and a two-year silencing order for calling things by their names – Crimea Ukraine and Russia an occupying force.  This was a clear message to other journalists to shut up or leave.

Civic journalists and activists like Nariman Memedeminov are the only hope Crimean Tatars and other Ukrainians have that the armed searches, torture, abductions, enforced disappearances and political trials will be reported.

It is imperative that journalist and press organizations worldwide speak out in their defence.