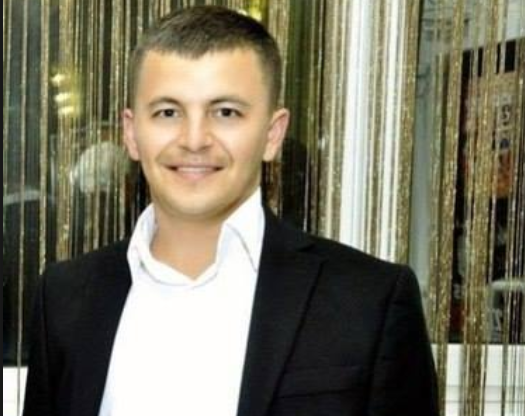 The supposed investigation into the abduction of Ervin Ibragimov, Crimean Tatar activist and member of the World Congress of Crimean Tatars Executive Committee was abandoned in Russian-occupied Crimea without ever really being started.  Given the video footage from May 24, 2016, showing Ibragimov being dragged away by men in uniform, the lies told and resistance to any real investigation look damning.

Lawyer Emil Kurbedinov lodged a formal complaint against the so-called investigator who had not even bothered to answer his formal requests for information.  During the court hearing on March 26, it became clear that any investigation had been terminated in September 2017.  The ‘investigator’ also produced answers that she claimed had been sent to Kurbedinov.  Although none had been received, the ‘judge’ used this as grounds for rejecting Kurbedinov’s complaint.

The investigator also claimed that she had sent Umer Ibragimov a copy of the decision to terminate the investigation.  He also received nothing, and stated in court that he had learned of the termination only by telephone.

Without the paperwork, it was impossible to lodge an appeal against the decision.

Speaking after the hearing, Kurbedinov stressed that there is the same refusal to even provide answers regarding a number of other abductions or enforced disappearances.  He says that they have therefore decided to change tactics and to demand answers via the court.

Ibragimov had spoken to his father in the late evening of May 24, 2016, but then failed to return home.  His car was found the next morning fairly near his home with the key in the ignition and door open.  CCTV footage was obtained from a shop nearby which showed Ibragimov being stopped by men who appear to be in road patrol uniform.  There is a second where the young man tries to flee, but was seized and forced into the men’s van.

Ibragimov’s father went to the FSB immediately, but they refused to even register the abduction.  An ‘investigation’ was initiated only after a large group of people gathered outside the FSB office.

It was launched essentially only on paper and by December 2016, Umer Ibragimov was reporting that he could seen no progress at all.  Instead of looking for his son, he said, the FSB had set up surveillance of him and his wife.  At first it had been all the time, later only periodically.  He said that he had told the 3 or 4 men sitting in the car that he had never asked them to guard him.  “Or are you waiting for the next victim?”

In October 2016,  posters were pasted on walls near the Kremlin in Moscow, and around the Russian capital.  They simply asked people to help them find Ervin, but were still pulled down within hours by cleaners taking their orders from the FSB.  The posters did give a website address which provided information about the failure to investigate Ibragimov’s abduction and about how his was the latest of many killings or disappearances since Russia annexed Crimea.

Worth noting that just over a year before Ervin Ibragimov was abducted, there had been an apparent attempt to seize another rights activist Emir-Usein Kuku.  It went wrong for the abductors because a crowd gathered and demanded to know what was going on, and turned in a sinister fashion into an FSB ‘search’.  Kuku is now in detention on entirely fabricated charges laid many months after the aborted abduction.

In March 2017, Umer Ibragimov spoke at a press conference at the European Parliament about his son’s abduction. He was there together with Emil Kurbedinov and Bekir Degermendzhy, who gave details of the politically-motivated prosecution and imprisonment of his son, Mustafa, charged in the same fundamentally flawed ‘trial’ of Crimean Tatar leader Akhtem Chiygoz.  Six months later 57-year-old Bekir Degermendzhy was also arrested on overtly implausible charges and remains in prison despite very severe asthma effectively putting his life in danger in the appealing detention conditions.

Please widely circulate the #LookForErvin video in Russian and in English.  As the video makes clear, there have been many abductions or disappearances since Russia’s invasion of Crimea.  Silence only makes it more inevitable that Ervin  Ibragimov will not be the last victim.