Ukrainians get no compensation for destroyed homes in Russia-backed Donbas ’republics’Donbas reintegration law poses human rights risks & doesn’t help hold Russia to accountUkrainian researcher savagely tortured for ‘confession to treason’ against Russian proxy ‘Donetsk republic’Children to undergo compulsory military training in both Russia and occupied Crimea Russia moves to legislate ‘impunity’ for all war crimes committed in occupied Ukraine Four Russian invaders sentenced to 11 years for torturing hostages in Kharkiv oblast Moscow tries to justify its war crimes in Ukraine by glorifying its soldiers as ‘heroes of Russia’ Russia plans huge propaganda New Year tree in Mariupol while residents freeze in bombed city Russian propaganda media and ex-President guilty of direct incitement to genocide in Ukraine, report finds‘In Sloviansk, we watched out of the window as people held up the train tracks with crowbars so we could pass through’ Men in occupied Donbas forcibly mobilized to die on the frontline Russian invaders abduct Ukrainians in large numbers for grotesque ‘international terrorism trials’ Russians imprisoned 14-year-old boy and girls in Kherson and Mykolaiv oblasts Russia destroys the centre of Mariupol to conceal its war crimes while leaving residents to die of the cold‘Grandchildren cried and said they didn’t want to die’Russia forces Mariupol children to knit socks for soldiers in Ukraine to kill UkrainiansThree life sentences and confirmation that Russia should be on trial for the shooting down of MH17 63 bodies of Ukrainians tortured by Russians already found in liberated Kherson oblast UN demands Russia pays Ukraine reparations as probe into Kherson war crimes begins Russians brutally tortured and sometimes killed Ukrainian civilians in village school in Kherson oblast
• Topics / Social and economic rights 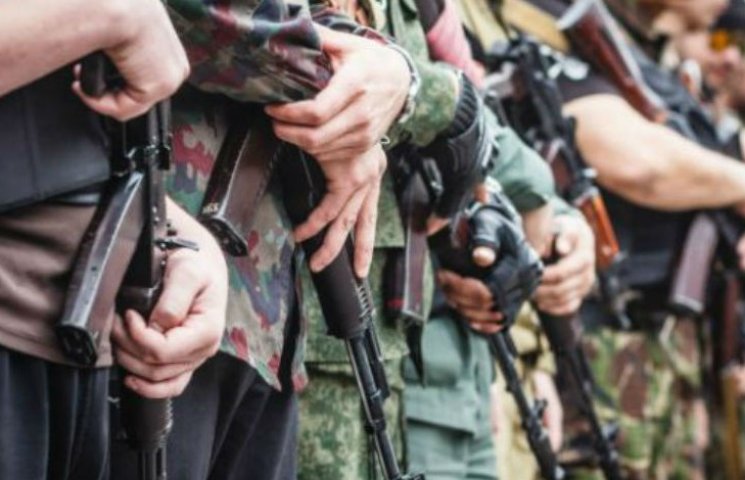 Legislation naming Russia as aggressor and stipulating its full liability for the death and suffering inflicted on Donbas may seem an important affirmation of truth amid all the lies and propaganda.  It will not help the thousands of Ukrainians whose lives have been devastated and who need assistance now.

Human rights groups have long warned that civilians whose health was gravely affected by periods in militant captivity or as a direct result of the war in Donbas are receiving no social assistance from the Ukrainian government.  The same is effectively true of the thousands whose homes have been destroyed.

While records are scrupulously kept about military servicemen and their families, there is no systematic record kept of civilians killed, injured or who have disappeared without trace.

According to Valery Novikov, whose ‘Alternative’ NGO is taking part in a project on monitoring violations of the rights of civilians in Eastern Ukraine, none of the relevant ministries – the Ministry on Occupied Territory; the Finance Ministry and Ministry of Social Policy – have any kind of database.  Some local authorities are keeping records of civilian victims of the war, but not in a systematic way, while others are doing nothing.

The few measures that have been taken are piecemeal.  Law No. 2230 from 14 November 2017, for example, gave special status to civilians who became disabled as the result of explosions, ammunition or military weapons during the conflict.  If they became disabled, or received serious damage to physical or psychological health as the result, for example, of being held hostage and tortured, there are no state mechanisms for receiving assistance.

Oleksandr H. from Luhansk, was seized by the Kremlin-backed militants from the so-called ‘Luhansk people’s republic’ [LPR] on 14 July 2014.  He was on his way to work, and had an ordinary camera with him, which proved enough for the militants to accuse him of ‘spying’ and fling him into the basement where men linked with the militant known as ‘Batman’ were holding hostages.

His account of his treatment by a person who went by the name ‘Maniac’ and others is harrowing.  It included savage beatings, burns from a taser gun and torture methods to his fingers and hands.

There are a large number of such victims whose lasting injuries and need for rehabilitative care the State is effectively not taking into account.

The same applies to people unable to work themselves whose relative died in captivity or as the result of military action or disappeared without trace,

As well as the lack of regular financial, medical and socio-psychological assistance, civilian victims of the war also suffer from officials who make the procedure for resolving problems unnecessarily difficult.  People who’ve gone through hell while held hostage are then put through a different type of torture, being sent here and there and interrogated about when and where it happened, etc.

The numbers involved are large, with the UN Monitoring Mission estimating that from 14 April 2014 to 15 November 2017 over 35 thousand people died or were injured as a result of the war.

In a recent article Yevhen Zakharov and Mykola Kozyrev pointed out that several hundred Ukrainians had been held hostage and need treatment following their release.

Around 70 thousand residents of areas of the Donbas and Luhansk oblasts under Ukrainian government control have been left without homes and without access to communal services.

The most they can hope of, and then not always, would be a once-off payment of up to a thousand UAH (less than 100 EUR) from the local authorities.

It is largely international aid organizations or NGOs, as well as volunteers, who are trying to help people rebuild their homes.

While nobody disputed the need to name Russia as being behind the suffering and carnage in Donbas, human rights groups warned from the outset that the so-called ‘law on reintegration’ could leave Ukrainians without any compensation.

Yes, Russia is to blame, but that is no comfort for the Ukrainians who will not receive anything from Russia for a long time to come.  Ukraine can simply not wash its hands of its responsibility for Ukrainian citizens, and Kharkiv Human Rights Group lawyers have already lodged over 200 applications against both Russia and Ukraine regarding violation the rights of individual victims of war.

The problem is not only that the ‘law on reintegration’, by imposing unenforceable liability on Russia, is effectively stripping the Ukrainian authorities of responsibility.  The law also failed to indicate that such vital normative acts must remain in force.  These include a moratorium on any attempts to collect debts on loans for apartments on occupied territory.  People whose homes have been destroyed, or who cannot live in them while they remain under occupation have been phone by debt collectors demanding payment.

The Law on the Special Features of State Policy on Ensuring Ukraine’s Sovereignty over occupied territory in the Donetsk and Luhansk oblasts, otherwise referred to as the Law on Reintegration was passed on January 18, 2018 and signed by President Petro Poroshenko on 20 February.

The law identifies Russia as aggressor and parts of the Donetsk and Luhansk provinces held by the separatists as ‘temporarily occupied territories’.  All military and law enforcement activities is placed under the control of the Ukrainian Army’s management, with this formally ending what was referred to as an ‘anti-terrorist operation’ (or simply ATO).