Russia claims Ukraine ‘abducted’ the Sri Lankan students freed after months in Russian captivity 13-year sentence against Belarusian investigative journalist who helped expose crimes against Ukraine Fascism is here in Russia. Anti-war activities in Russia, 15-22 August“He lay on the sidewalk, naming towns and cities in Ukraine”. A digest of anti-war activities in Russia, 23-29 JulyRussian prisoners offered big money and ‘amnesty’ to kill for Russia in Ukraine “Let’s Fight the Propaganda Together” Anti-war Activities in Russia, 9-16 July 2022Missing persons and enforced disappearances in the Kherson Region (24 February-24 June 2022)Russian Prosecutor General given power to close media for ‘discrediting the army’ through truth about the war against UkraineDisappearances in the Zaporizhzhia Region (24 February to 18 June 2022)“We’re not celebrating today” – digest of Russian protests (early June 2022)Ukrainian "refugees" in Russia forced to give "testimony" blaming Ukraine for Russian war crimes “I will not fear ZEvil”– digest of Russian protestsInternal fight against ‘ZEvil’ – digest of Russian protestsRaped, shot and thrown in a mass grave by the Russian invaders who turned Bucha into hell New Russian terror against Crimean Tatar civic activist and his familyRussian invaders are killing abducted local leader in Kherson oblast, with terror methods escalating Terror and abductions as Russia tries to break Ukrainian resistance in Kherson and other occupied citiesMayor of Melitopol Ivan Fedorov abducted after refusing to collaborate with the Russian invaders Russia installs its propaganda TV after seizing Kherson and imposes 15-year sentences for reporting its invasion of UkraineRussia kills Minsk Agreement, with lives of over 300 Ukrainian hostages and POWs in danger
• Topics / Freedom of expression 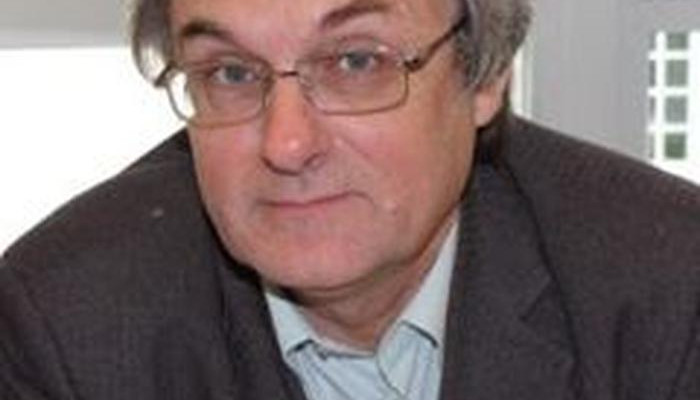 Oleksiy Svyetikov was detained at a checkpoint near Sloviansk on 29 March after his name inexplicably appeared on the ‘List of illegal armed bands’ drawn up in connection with the Russian-backed military conflict in Donbas. Since there can be no good reason why the Severodonetsk journalist should have been so targeted, he suspects that it may have been because of past critical comments about the Security Service [SBU] which compiles the list.

Svyetikov is Editor of the newspaper ‘Third Sector’ and website ‘Today in Severodonetsk’, and is the long-standing  Head of the Luhansk Oblast branch of the Committee of Voters of Ukraine [CVU].

He was stopped in the evening of 29 March while travelling by bus from Severodonetsk to Sloviansk, with the bus route passing through two checkpoints linked with the conflict in the area.

Interestingly, he passed through the first checkpoint without any problem, but was then stopped at the second, just before Sloviansk.  Svyetikov has no family on territory under the control of Kremlin-backed militants and says that, out of concern for the latter’s safety, he does not maintain any contact with former CVU colleagues who have remained on that territory.  His concern was therefore only that he got to Sloviansk in time to catch the train to Kyiv where he had a meeting planned the following day.

The police tried to establish why he had been placed on the list.  It was a futile exercise, he says, since he not only didn’t have any contacts in the self-proclaimed ‘Donetsk and Luhansk people’s republics’, but had never shown any support for such illegal bands, and didn’t even have accounts on the Russian-based VKontakte and Odnoklassniki social media. The officers themselves noted that there had been no problems when he passed through the first checkpoint with it looking like he’d been added to the list somewhere between 18.30 and 20.10.

The police were still ordered to question Svyetikov, which they seem to have done in record timing because, without a second to spare, he did manage to catch the train to Kyiv.

There were no grounds for suspecting Svyetikov of support for the Russian-controlled ‘republics’, in fact, quite the contrary.  During the first months of the conflict, it was he who warned of likely collaboration between some local SBU officers and the Russian FSB in the seizure of the Luhansk SBU.

During 2014 and 2015, he says, the SBU often approached him when they were gathering information about militants in Severodonetsk.

Back in December 2014, Svyetikov rejected the assertion by the Moscow branch of Human Rights Watch that what was happening was an internal conflict.  There were numerous factors, he insisted, which gave grounds for calling this Russia’s  undeclared war against Ukraine, although he did acknowledge that one specific factor was the very large number of people in the occupied Luhansk oblast who had supported the aggressor.

Svyetikov had himself been driven into exile while Severodonetsk was under militant control.  In June 2014 that Kremlin-backed militants from the so-called ‘Army of the South-East’ had carried out a ‘purge’ of the local Internet sites in Severodonetsk, with other sites such as «Новости Северодонецка»   and the forum site «Северодонецких форумов» affected.

In Svyetikov’s case, a member of this ‘army’, whom he knew, had contacted him and suggested they meet “to discuss the situation”.  He was basically offered a modus vivendi whereby the publication presented the militants’ position, which he rejected, moving both himself and ‘Today in Severodonetsk’ to Kyiv until the occupation ended.

Svyetikov has on a number of occasions written fairly critical comments about the SBU and wonders if his inclusion in the list was revenge for such material.  He believes it possible also that people in power commissioned the SBU management, and specifically mentions MP Serhiy Shakhov.

Whoever was behind this, such arbitrary inclusion in a database of illegal armed bands and subsequent detention can be viewed “as a new means of persecuting journalists in Ukraine.  One that is effective since it really does create problems for a person, while being purportedly aimed at fighting terrorists and defending Ukraine’s security”.  Such a method has the additional advantage of allowing for anonymity.

He believes this to be yet another danger for freedom of speech in Ukraine, and asks that monitoring organizations note this incident.  He has already demanded an answer from the SBU.  He has received no response, but promises to take the matter further, including through the prosecutor’s office and courts.

Svyetikov writes that up till recently he had assured the OSCE that there are no particular risks for journalists in Ukraine, and cited the fact that he had often written critical texts without encountering any problems.  Unfortunately, 29 March changed his attitude radically.