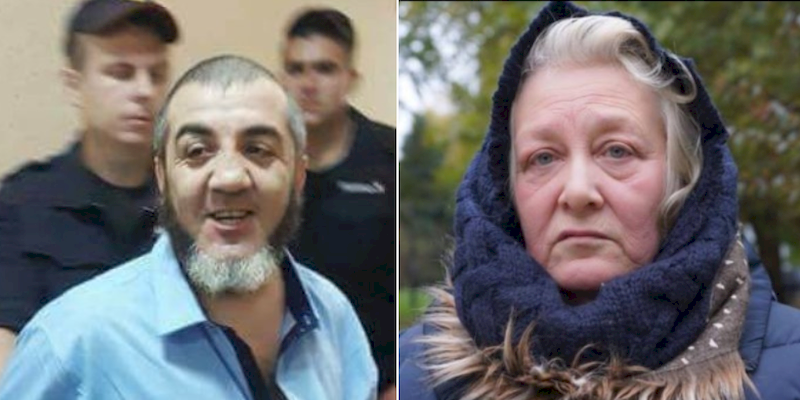 After concerted efforts in Crimea and publicity beyond, Crimean Tatar political prisoner Uzeir Abdullaev was moved to the SIZO [remand prison] medical unit on Monday afternoon.  Initial relief that the immediate danger to Abdullaev’s life had been averted is not shared by Abdullaev’s mother. Dilyara Abdullaeva, who is herself a doctor.  She is adamant that her son needs to be hospitalized and that he must not be left in the SIZO. The same view, it should be said, was expressed by a doctor one month ago, and ignored.

Lawyers Dzhemil Temishev and Nikolai Polozov lodged formal complaints with the prosecutor’s office in Crimea and passed on an appeal from Fera Abdullaeva for the public monitoring committee [ONK] to visit her husband in the SIZO.  Whether it was this visit alone, or the major publicity extending beyond Ukraine, by Monday afternoon it was announced that Abdullaev was being moved, but only to the SIZO medical unit.  It is unclear what kind of treatment he can receive there, and his mother fears that another day has been lost.  She is appealing to the members of the ONK to facilitate his hospitalization.

As reported already, a doctor had told Fera Abdullaeva a month ago that her husband needed hospitalization and the signs of at very least a blood infection were evident on at least 11 February.

In 44-year-old Abdullaev’s case, as well as those of other political prisoners, the occupation regime has reacted late and in very piecemeal fashion.   Despite a high temperature for several days, severe swelling and pain, there had been no attempt to even provide a proper diagnosis, let alone treat the condition.  This was seemingly thrombophlebitis, inflammation of a vein, complicated by blood poisoning (sepsis) which, the doctor had warned a month earlier, was close to reaching the bones.

Dilyara Abdullaeva has stressed that her son needs to be on a drip with blood infusions.  Anything less will only continue to address the symptoms, and not deal with the cause of the problem.

Uzeir Abdullaev and his brother Teymur are among 25 Crimean Muslims facing charges of ‘involvement’ in Hizb ut-Tahrir, a peaceful organization which is legal in Ukraine (and most European countries) but which Russia has, for its own, undisclosed, reasons decided to call ‘terrorist’.  These cases are of appalling cynicism in that totally law-abiding Muslims are charged with ‘terrorism’ on mere grounds of alleged involvement in an organization which is not known to have promoted any act of terrorism anywhere in the world.  No real proof of ‘involvement’ is required, as ‘secret witnesses’ are allowed to make up for the lack of any substance to the charges.  The Abdullaev brothers were arrested on 12 October 2016 together with Emil Dzhemadinov; Aider Saledinov and Rustem Ismailov. Teymur Abdullaev, whom the FSB has designated the role of ‘organizer’, could face up to life imprisonment, the others – 10 – 20 years.

This is imprisonment for no crime at all, with this ‘conveyor belt of terror’ largely aimed at intimidation, as well as providing FSB officers with possibilities for promotion (more details here)

47-year-old Volodymyr Balukh has now been on hunger strike for 43 days in protest at his internationally condemned prison sentence which is essentially over the Ukrainian flag which he refused to remove from his home and his unwavering pro-Ukrainian position.  Independent doctors are not being allowed to see him and there are strong grounds for concern about his condition.

A month after he began the hunger strike, the SIZO authorities decided to put him in a punishment cell.  The pretext was fabricated, but this is so much the norm that the ‘sentence’ was postponed since there were too many prisoners in the ‘queue’ for such cells.

The SIZO is grossly overcrowded, with men having to take turns to sleep on the available bunks. The cells that the men are held in are small, with only slightly more than 2 m² per person, against the sanitary norm of 4 m².   In summer, particularly, the cells are unbearably hot and stuffy.  The men have to wash their underwear, etc. directly in the cell with this also raising the level of humidity.  There is extremely poor lighting, which is damaging their eyesight, and an almost total lack of fresh air and exercise.  The daily ‘walk’ is in a semi-open area smaller than the size of the cells, which is under the roof so that you can’t even see the sky.

Details about Volodymyr Balukh, who is in prison effectively for a Ukrainian flag and remaining true to Ukraine here: “I can’t afford to show cowardice” - Ukrainian jailed for not betraying Ukraine in Russian-occupied Crimea resists pressure to end hunger strike

See also information about the imprisonment of four respected members of the Crimean Tatar community: Bekir Degermendzhy; Asan Chapukh; Kyazim Ametov and Ruslan Trubach.  They were arrested when the FSB tried to detain and instead killed 83-year-old Vedzhie Kashka, a world-renowned veteran of the Crimean Tatar national movement