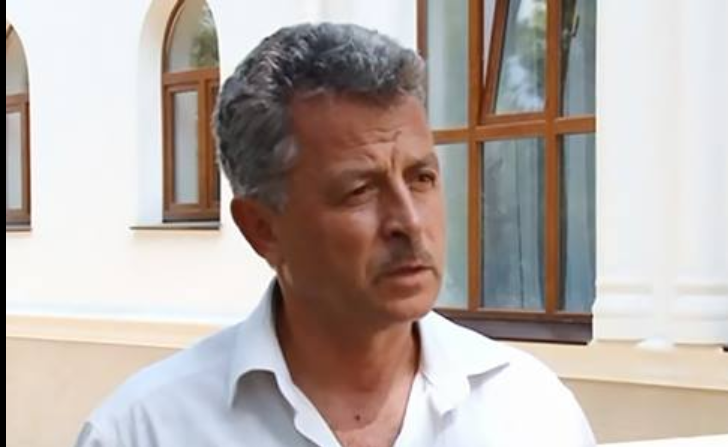 Resul Veliliaev, a prominent Crimean Tatar philanthropist and businessman, has been arrested after what Crimean Tatar Mejlis leader Refat Chubarov called a ‘”black Thursday’ of armed searches in Russian-occupied Crimea.  The motives remain unclear, but he and Ali Bariev, the General Director of his main business, were immediately taken to the FSB’s Lefortovo prison in Moscow which suggests that the minor infringement initially cited is simply a pretext.

Resul Veliliaev has been involved in business since the 1990s, with his КРЫМОПТ  [Crimopt) company described as the leading food wholesaler in Crimea, with over six thousand clients. The family also has a retail network called Guzel.

Veliliaev’s earlier involvement in politics ended in 2014, but his work as a public figure and philanthropist has continued.

He built one of Crimea’s most beautiful mosques in his native Belogorsk, and around 15 years ago created the Bekir Çoban-zade Fund which, supports Crimean Tatar historical, literature and linguistic research.  His Fund provides grants for talented children, funding for hospitals, schools and other institutions.

Krym.Realii reports that this is not the first trouble the family have experience since Russia’s annexation of Crimea.  In April 2015, Resul and his brother Remzi Veliliaev were subjected to searches, with Remzi taken away for interrogation.  That occasion was apparently linked with the so-called ’26 February case”, where Russia imprisoned Crimean Tatar leader Akhtem Chiygoz, as well as Ali Asanov and Mustafa Degemendzhy on legally insane charges pertaining to a pre-annexation demonstration over which Russia can have no jurisdiction.

The searches on 26 April were of the homes of Resul Veliliaev and three relatives, as well as of their adult children who live separately, of Ali Bariev, Director of CrimOpt and at least one other person.  It was reported on May 1 that Bariev has also been taken to Moscow.

The pretext is absurdly unconvincing.  An unidentified number of products were allegedly found that were beyond their sell-by-date, with criminal charges initiated under Article 238 of Russia’s criminal code.  This deals with the production, storage, transportation or sale of goods, etc. which do not meet safety standards.  Since there is nothing to suggest that anybody suffered, even a conviction would not result in a significant sentence.

Well-known Crimean Tatar journalist and civic activist Lilia Budzhurova calls all of this – the charges and Veliliaev’s removal to Moscow “an EXTREMELY non-standard situation, even for Crimea.”

She notes, for example, that the former Crimean prime minister Rustam Temirgaliev was charged with stealing a vast amount of money and gold from a Crimean bank.  He not only remained at liberty, but was allowed to head the Tatarstan Representative Office in Kazakhstan.

She gives only two examples, but there have been very many in Crimea under Russian occupation and in Russia.  This is not to mention the number of shops you could go into and find multiple infringements of safety precautions.

Why Veliliaev has been targeted is not known, but nobody believes that the FSB have become involved in a major operation over some packages beyond their sell-by-date.   There may well be an economic reason  – the desire to effectively steal Velilyaev’s prospering business, for example, however the fact that he is in Lefortovo means that this is no local initiative.

Budzhurova is not alone in assuming two other reasons.  These are, first of all, the fact that Veliliaev is supporting Crimean Tatar research, cultural and religious life.

The other has become all too familiar over the last four years – showing Crimean Tatars that nobody is safe from persecution.

“One thing is clear: nobody today in Crimea can feel safe: not the elderly, not the young, neither rich nor poor, healthy or ill.  This is the main message that we have all been sent!”, Budzhurova writes.

These arrests have coincided with the forced closure in Bakhchysarai of the renowned Salachik Cultural and Ethnographic Café.  The café has faced constant searches and more under Russian occupation, and in October 2017, its owner Marlen (Suleyman) Asanov was arrested, together with five other Crimean Muslims.  At least three of them have been active in the Crimea Solidarity initiative, formed to help political prisoners and their families, and Asanov has long been known for his generosity in helping others in need.  It was for this that he was named Ukraine’s Volunteer of the Year for 2017.

Those arrests were the latest in Russia’s conveyor belt of persecution for alleged and unproven involvement in the pan-Islamist Hizb ut-Tahrir party which is legal in Ukraine and not known to have committed an act of terrorism anywhere in the world.  Russia’s Supreme Court never explained why it labelled the organization ‘terrorist’, yet it has long sentenced men to huge terms of imprisonment for alleged involvement, and Asanov and the other men are facing huge sentences.

As the number of political prisoners in Crimea continues to rise, it is difficult not to conclude that, even if there are other motives, Russia is targeting socially active members of the Crimean Tatar community, including those who use their money to support Crimean Tatar culture and those hit hardest by Russia’s occupation.