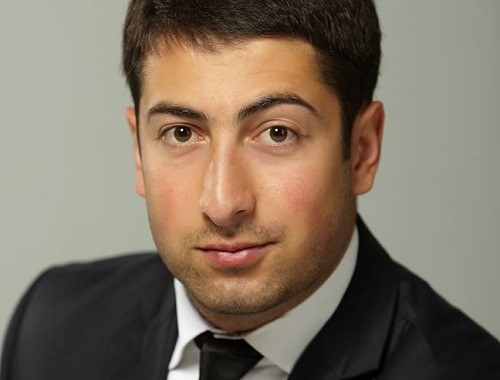 Asan Egiz, delegate of the Qurultay  [National Congress] of the Crimean Tatar people, was abducted on 23 May by men in police uniform.  This was a chillingly brazen repeat of the abduction and disappearance exactly two years ago of another prominent Crimean Tatar Ervin Ibragimov with the only difference being that Asan Egiz was, thankfully, found, beaten, but alive.

Egiz is in hospital and has explained that his car was stopped by men in police uniform near the village of Pionerske in the Simferopol region.  He was forced into their car and driven away on the floor of the vehicle, with a bag over his head and his hands bound behind his back.  His abductors then beat him up before leaving him in a forest, near a petrol station on the road between Simferopol and Bakhchysarai.

For several hours there was no information as to Egiz’s whereabouts.  With thoughts already sombre on the eve of the second anniversary of the abduction near Bakhchysarai on 24 May 2016 of another young Crimean Tatar activist Ervin Ibragimov, anxiety was intense.

Lawyer Nikolai Polozov calls this the latest act aimed at terrorizing the Crimean Tatar people and points out that this is not the only such abduction apparently carried out by Russian-controlled enforcement officers.  In March this year, Abdullah Ibragimov was abducted and beaten, in February – Fakhri Muratov, son of a member of the Crimean Tatar Qurultay. Back in September 2017, Renat Paralamov was savagely tortured after being seized by masked men who turned up at his home and carried out what they called ‘an inspection’.  The masked men did not identify themselves, but two of them had FSB [Russian security service] insignia which they tried to conceal after a large number of neighbours and friends gathered.  Further confirmation that they were from the FSB was effectively provided by the police who had been called by the Paralamov  family.  After talking to the masked men, these police officers silently retreated into the background and later followed them in leaving.

Paralamov  was beaten and subjected to electric shocks and other forms of torture before being abandoned at a coach station in Simferopol (details here).

Polozov recommends personal safety measures “in conditions of occupation”, with these including trying not to travel alone and publicizing information about all illegal activities by Russian enforcement officers.

The danger should not be underestimated. Refat Chubarov, Head of the Crimean Tatar Mejlis [representative assembly] suggested after Paralamov’s abduction that it was only thanks to the publicity both within Crimea and beyond that Paralamov had been tortured, but at least not killed.

The same was probably true of the attempt to abduct human rights activist Emir-Usein Kuku in April 2015. His assailants clearly not nervous when a crowd gathered and the attack and abduction turned into an ‘FSB search’.  Kuku was  arrested on different fabricated charges on February 11, 2016, and remains imprisoned to this day.

Just over a year after the aborted abduction of Kuku in broad daylight, 31-year-old Ervin Ibragimov, a member of the Executive Committee of the World Congress of Crimean Tatars, was abducted late in the evening by men in road patrol uniform from near his home in Bakhchysarai.

Despite video footage showing the abduction, the Russian occupation regime effectively never carried out a real investigation, which has only heightened the suspicion that enforcement officers or paramilitary organizations were responsible.