Ukrainian abducted to Russia faces ‘trial’ for protest in Ukraine against Russian occupation of CrimeaRussia abducts Ukrainian soldier for new ‘Right Sector’ show trialRussia abducts activist from Ukraine, charges him with involvement in Ukrainian organizationUkrainian gets jail sentence in Russia for involvement in a legal organization in UkraineUkrainian gets prison sentence in Russia for peaceful protest in UkraineRussians brutally tortured and sometimes killed Ukrainian civilians in village school in Kherson oblast Russian paramilitary wanted by Ukraine over role in annexation of Crimea could face 15-year sentence in Czech republic"Did the Chechens cut your heads? No? We will do it..."Abductions and feared mass grave of Russian invaders" victims in liberated Vysokopillia (Kherson oblast) Ukrainian volunteer asphyxiated, beaten and half-starved in Russian ‘filtration’ concentration campThe application practice of Article 391 of the Criminal Code of Ukraine proves that this Article should be canceledRussian invaders demand Ukrainians have ‘filtration’ stamps and permits to live in their own citiesRussian invaders use Mariupol supermarket to dump the bodies of their victims Russia invades Crimea and sentences Ukrainian academic to almost 20 years for ‘treason’Russian Rule of Lawlessness in Occupied Crimea and DonbasStand With Ukraine! Address to the International Community by Ukrainian Human Rights DefendersRussia claims it prevented a ‘Ukrainian radical terrorist attack’ in occupied Crimea Staged Donbas ‘evacuation’ and fake sabotage in Russia’s war against Ukraine. Where are the sanctions?Czech court to decide if armed Russian paramilitary awarded for his role in the invasion of Crimea is extradited to Ukraine Reform strategy of medical care for prisoners (updated)
• Topics / News from the CIS countries 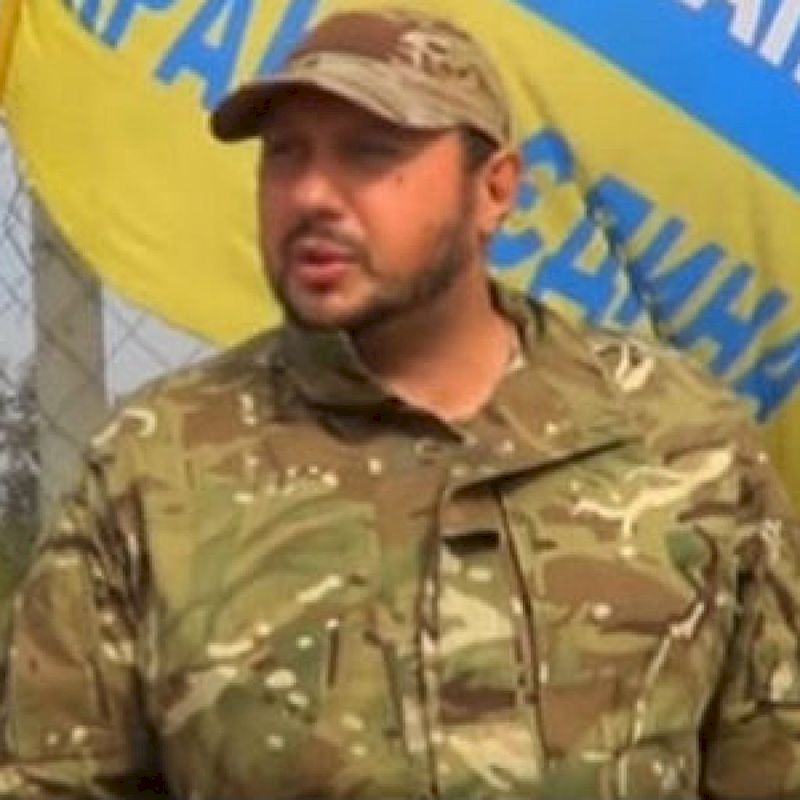 A Russian court in Novorossiysk has sentenced Ukrainian Mykola Dadey to 18 months’ imprisonment for supposedly ‘encouraging participation in an extremist organization’.  The charges are linked to Facebook posts from 2015 when Dadey was in Ukraine where the organization he was seeking to help – the nationalist Right Sector -  is entirely legal.

Russia has persistently demonized Right Sector since early 2014, and in November that year it was declared an ‘extremist’ organization and banned in Russia.  The organization was at one stage second only to the ruling ‘United Russia’ party in the number of times it was mentioned in the Russian media, with this far exceeding its popularity or influence in Ukraine.   The most notorious aspect of Russia’s obsession with Right Sector was seen in the ‘trials’ of Ukrainian filmmaker Oleg Sentsov and three other opponents of Russia’s occupation of Crimea.  They were accused and convicted of ‘a Right Sector terrorist plot’, although there was no proof at all, and one of the men – Oleksandr Kolchenko – is a committed anarchist for whom Right Sector’s right-wing views are totally alien and unacceptable.

Dadey is the first of at least four men, including Ukrainians Oleksandr Shumkov and Roman Ternovsky and Russian Denis Bakholdin facing charges linked with Right Sector, with their sentences, unfortunately, likely to be much longer.

32-year-old Mykola Dadey is a small businessman from Mykolaiv who in 2014-2015 acted as a volunteer for the Ukrainian Army and volunteer battalions.  He in fact has a rather spotted reputation in Ukraine, but this does not alter the fact that the charges laid in Russia and his sentence are politically motivated.  The authoritative Memorial Human Rights Centre declared him a political prisoner soon after the ‘trial’ began.

Dadey apparently married a Russian woman in the summer of 2015, and moved with her in March 2017 to Novorossiysk.

Memorial writes that Dadey married a Russian woman in 2015 and was living with her in Novorossiysk when arrested on 12 (or 13) June 2017.  The police first came up with two different administrative charges, and then on 10 July he was taken to the Krasnodar regional FSB.  There he was charged with ‘assisting participation in an extremist organization by providing the means for committing a crime (Article 33 § 5 and 282 § 2 of the Russian criminal code) and taken into custody.

The grounds for these charges are truly bizarre. Dadey was accused over Facebook posts made while in Ukraine in October 2015.  In one of these he asked if anybody could provide four tyres for a Mitsubishi Pajero for Right Sector.  In two others, he posted an identical request for walkie-talkies.

Dadey mentioned that Right Sector needed these things for what the prosecution called the ‘illegal blockade’ of Crimea.  The Crimean Blockade was initiated by respected Crimean Tatar leaders and initially had very specific human rights demands, including the release of all Russia’s Ukrainian political prisoners.

The ‘trial’ began on 10 January 2018, with Dadey denying any guilt and insisting that he was being persecuted as a Ukrainian.

On 21 May he was sentenced by ‘judge’ Lelya Goncharova to 18 months’ minimum security imprisonment.

The Memorial Human Rights Centre calls the political motivation obvious and notes that Russia’s leaders officially distance themselves from the conflict in Ukraine, while at the same time taking a clear anti-Ukrainian position.  This is expressed in propaganda, in the unofficial military assistance to the self-proclaimed ‘Donetsk and Luhansk people’s republics’; the persecution of people who support Ukraine or Ukrainian citizens; and also in the ban on a number of Ukrainian nationalist organizations.

Dadey took part in a legal Ukrainian organization on Ukrainian territory.  Memorial considers the claim made by the prosecution that Right Sector’s activities are aimed at violently changing the constitutional order in Russia and at violating Russia’s territorial integrity to be far-fetched, as is the claim that Dadey caused considerable harm to Russia’s interests.

This case is especially absurd as Dadey was not even accused of membership in Right Sector, but of helping unidentified individuals take part in the organization.

As mentioned, Dadey’s ‘trial’ and sentence were the first of four.