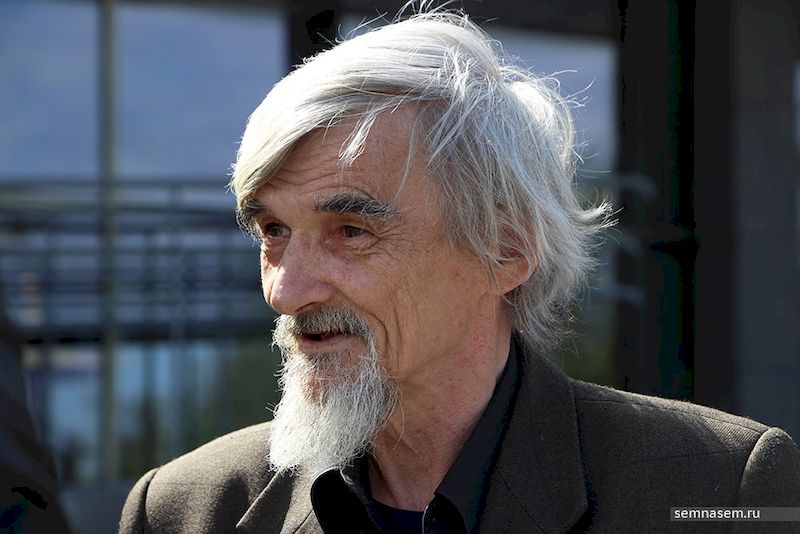 A rare moment of justice from a Russian court has proved all too fleeting. On 14 June, Karelia’s High Court overturned the acquittal in April of world-renowned historian Yuri Dmitriev and sent the ‘case’ back for retrial.  Dmitriev’s imprisonment and trial had been widely viewed as politically-motivated persecution, and his acquittal – the only possible verdict after the charges were totally demolished by experts.

On 5 April 2018,  Petrozavodsk City Court,Judge Marina Nosova acquitted 62-year-old Dmitriev of the main indictment, but convicted him of a third much less serious charge.  The ruling on 13 June revoked both the acquittal and the conviction, and the entire proceedings are now to be repeated at the same court, but under a different judge. The only good news is that the court did not re-arrest Dmitriev, and he remains at liberty, bound only by an undertaking to not leave the area.

Although the trial was held behind closed doors, large numbers of people had come to each hearing to show their support for Dmitriev.  There were over a hundred people in the corridor when the historian gave his final address on 27 March. He briefly reiterated his categorical denial of all the charges, and brought a letter from Natasha to her beloved Papa, in which she said how much she loved and missed him.  It was very clear that the young girl had taken enormous effort over the letter, and the heart drawn on it.  Anufriev explained that the letter had been presented to the court because of the attempts to push the idea that Dmitriev had psychologically damaged the young girl.

The trial was followed closely both in Russia and abroad, with prominent Russians warning that a guilty verdict would signify a new terrifying descent into the worst aspects of Russia’s Soviet past.

Acquittals are virtually unheard of in Russian political trials, and the non-guilty verdict on 5 April, while the only just verdict possible, had seemed like a miracle.

It has indeed proven too good to be true.  It is next to impossible that Judge Nosova passed a ruling without it being agreed ‘from above’, so other reasons probably need to be found for the acquittal back in April and its reversal now.  The most likely seems to be that the case had attracted too much attention worldwide, and the authorities preferred to back off with the World Cup approaching.  The hope is probably that the retrial, especially given that Dmitriev is no longer imprisoned, will be less closely followed.

It is vital that attention remains firmly fixed to this shameful trial, and to the dirty methods used to try to counter the experts’ dismissal of the charges.

There were three appeals on 13 June against the April verdict: Dmitriev’s against the third conviction (over a part of a rifle that he had picked up and taken home to prevent kids playing with it); the prosecutor’s and one formally laid by Natasha’s grandmother,  It seems likely that this woman, who had left the 3-year-old in a children’s home and does not appear to have had any contact with her until after Dmitriev’s arrest, was pressured into writing the appeal and appearing in court.

Anufriev reports that after the acquittal, Natasha was sent for an assessment to a psychologist.  Under pressure, she made a statement about being upset and shamed.

This, it should be stressed, was over 15 months after she was taken away from the only family she remembered, and after she wrote at very least one warm and loving letter to the man she knows as her father.

Anufriev has long stressed that Natasha is the real victim of this sordid prosecution, and he was scathing of the low behaviour that has led to her being dragged into the case in this way.

It is thanks to Yuri Dmitriev that very many Ukrainians, Russians and representatives of other nationalities learned of the fate of their parents or grandparents arrested during Stalin’s Terror.  It was he and his colleagues from the St Petersburg Memorial Society who discovered the mass graves at Sandarmokh where thousands were murdered during the Terror, including 1,111 prisoners of the Solovki Labour Camp.

The Memorial Society, and Dmitriev have also concentrated in recent years on exposing the perpetrators of the Terror, not only their victims.  It has been widely assumed, both in Russia and beyond, that Dmitriev’s arrest and the obvious efforts to use it as a way of discrediting Memorial were linked with the above-mentioned work.