How can Russian prison head suspected of savage torture and killing prisoners receive Ukrainian citizenship?Russia deports Ukrainians to occupied Donbas, forcing them to fight its war against Ukraine Russian invaders fire on evacuation buses, abduct driver for propaganda video Russia is bombing Azovstal in Mariupol where 1,000 civilians, including many children, are sheltering SOS! Save the civilian population in Bucha, Irpin, Hostomel!Protests throughout Ukraine following 7-year sentence against civic activist Serhiy SternenkoZelensky’s ‘survey – legally questionable and cynically populistUkraine President Zelensky urged to veto populist law on forced castration for ‘paedophiles’Tortured to death for defending Ukraine. The first war crimes Russia brought to DonbasLviv teenagers on trial for fatal attack on Roma settlementRussia fakes popular referendum to justify annexing Crimea then bans all peaceful protestReport the loss of civilian population, the destruction of housing and infrastructure as a result of the armed conflict in eastern UkrainePragmatism Prevails over Populism in UkraineHorrifically tortured and murdered, or imprisoned in Crimea and Donbas for the Ukrainian FlagRussian prison staff jailed for torturing 16-year-old Ukrainian to deathTortured to Death for Defending Ukraine’s Flag and Ukrainian UnityFreedom House: The False Promise of PopulismRussian prison staff on trial after 16-year-old Ukrainian tortured to deathPutin’s Plot Against EuropeTorture & Mock Executions for Praying for Ukraine
• Topics / News from the CIS countries 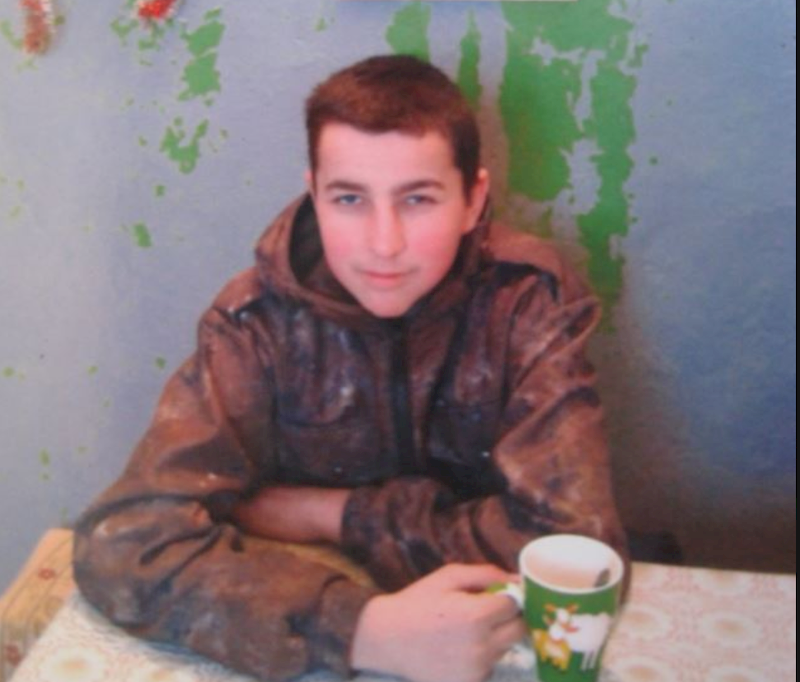 A court in Krasnodar has ordered Russia’s Finance Ministry to pay 4.5 million roubles in compensation for torturing five adolescents in a ‘corrective institution’, with two million of that sum awarded to the mother of 16-year-old Ukrainian, Vitaly Pop, who was savagely beaten to death.  The other lads said that Vitaly had been targeted for ‘special treatment’ because of his Ukrainian accent, and that his torturers had used nationality-linked words of abuse while beating him.

The prison staff may, however, have used any excuse to torment the young men on their arrival, and the treatment they were meted was probably not unusual.  The fact that this case became known and criminal proceedings were initiated was not even because of Vitaly’s death, but because the local hospital had become involved.  It was only after repeated refusals to call for outside medical help and claims that Vitaly had ‘abused the nurse’ and refused treatment, that an ambulance was finally called.  It was thanks to this that the ongoing attempts at a cover-up, and claims that the young man had “fallen down the stairs”, eventually failed.

Ten men ended up on trial, though eight of them were only accused of abusing or exceeding their powers despite the appalling torture of Vitaly and some other young lads, who also received serious injuries.

Seven young lads, including Vitaly Pop, were beaten, with each supposedly receiving 13 blows around the head, stomach and other parts of the body.  The lads were also subjected to insults and other forms of humiliating behaviour.  They were forced to strip naked, urinate on each other and dunk their heads in the latrine.

The lads had first been forced to strip naked in late November and to walk through a corridor.  Masked men were awaiting them there and ordered them to do sit ups, then other exercises, and beat and kicked them, ostensibly if they weren’t doing them well enough.

Shamkhalov and Krivolapov were the only officers who were charged and convicted of inflicting fatal injuries. Both were sentenced on 12 May, 2017, by Judge NIkolai Stohniy from the Belorechensk District Court, to 11 years.  The prosecutor had asked for 13 years for Shamkhalov, but the judge decided that his small children constituted an extenuating circumstance.

Zadneprovsky’s mother burned her son’s clothing and shoes, and the investigators were only able to prove that Zadneprovsky had inflicted one blow (to the back).  He and seven other defendants received sentences from two and a half to five years.

Vladislav Ivanov, the acting head of the prison, only received a five-year sentence, although the investigation had found that he had brought in the guards and other officials who were supposed to beat up new arrivals and have ‘talks’ with them.

On 17 October, 2017, the Krasnodar Regional Court allowed the appeal from the prosecutor reducing the sentences in seven of the ten cases, though only very slightly.

As reported soon after the killing on November 24, 2015, Vitaly Pop was no hardened criminal.  He had been at school in the Transcarpathia region of Ukraine until the summer of 2015 when he and his mother joined his father who had been forced by poverty to seek employment in Kuban (Russia).  Vitaly was working with his parents, though he hoped to enter a trade college.  His mother, Svitlana, said that he had virtually no friends in Russia.  He didn’t drink and went running every evening.

The Russian authorities even tried to prevent Vitaly’s parents taking his body home to Ukraine.  It was only after efforts by Alexander Popkov and rights groups that on December 7, 2015 that Vitaly was buried in his native Hrushove, in the Transcarpathia oblast.  Vitaly’s father died nine days later.