Five Ways the Kremlin Can Meddle in Ukraine’s Big Election 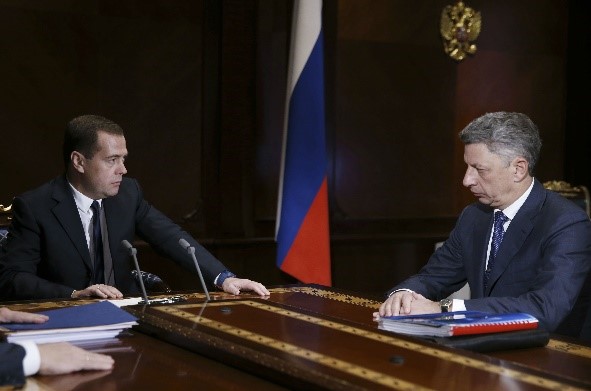 On June 15, Yulia Tymoshenko launched the start of Ukraine’s presidential election season with a two-and-half hour speech in Kyiv, Ukraine. With twenty-nine percent of voters telling pollsters they haven’t made their minds up for the race slated for March 31, the field is wide open. But it’s not too soon to start worrying about the many ways in which the Kremlin may meddle in the election.

The first way to meddle is easy: support pro-Russian candidates.

Polls show that in spite of Russia’s illegal annexation of Crimea and the ongoing conflict in eastern Ukraine, pro-Russian candidates still enjoy strong approval ratings. Among them are Yuriy Boyko, former vice prime minister and an MP with support at 9.7%, and Vadim Rabinovich, leader of the “For Life” party at 9.5%. Both have over twenty years in politics and their records strongly support the Kremlin.

If Boyko and Rabinovich were to agree on a single candidate in the 2019 presidential election, it would make for a strong ticket, and this potential merger is already drawing worrying parallels to the 2010 election when pro-Russian candidate Viktor Yanukovych returned to power six years after the pro-democratic Orange Revolution and turned Ukraine back toward authoritarianism. The Kremlin will undoubtedly press for the same scenario in 2019 by supporting one of their candidates with large amounts of cash.

There’s at least four other ways the Kremlin may try to influence the election.

First, through its powerful network of opinion makers, journalists, and other experts who work for Russia’s interests in Ukraine, the Kremlin will use its platforms to support a pro-Russian candidate and discredit his or her opponents. Such a message will be spread through various informational platforms and loyal speakers, including those in the West.

Second, the Kremlin may try to destabilize the situation in Ukraine through increased military tensions in the Donbas, terrorist attacks, and other violent actions which spread fear, panic, and distrust of the Ukrainian government, including among law enforcement. As a result, many voters may lose their faith in the election process and decide not to vote.

A third possible scenario is through widespread cyberattacks against Ukraine’s governmental institutions, banking system, Ministry of Defense, National Security and Defence Council, and other organizations. In 2017, the computer virus “Petya” hit Ukraine and spread internationally invecting computer systems in the United States. Although these attacks were never formally linked to the Kremlin, they were likely from Russia and can easily be repeated during next year’s election. The presidential administration, to its credit, has started to sound the alarm, and it needs greater support from other governments and the tech community to prepare now.

The hacking of personal emails, as was seen during the 2016 US presidential campaign, is also likely. The country’s electoral system and technologies are vulnerable to outsider penetration, and the Kremlin knows this. It will likely use these weaknesses to hack emails and expose the personal data of key presidential candidates, especially those who seriously threaten the Kremlin.

A fourth possible scenario is the organization of a military coup in Kyiv, which would bring to power far-right and other nationalist organizations including members of volunteer battalions who have military experience in the Donbas.

Another Maidan in Kyiv would likely foment further unrest in the country, and this scenario is music to Moscow’s ears. If a real “Ukrainian junta” came to power in Kyiv, as the outcome of the Euromaidan Revolution was widely portrayed in Russian state media, the Kremlin would use this as a pretext for a “peacekeeping operation” to protect the Russian-speaking population against “Kyiv’s junta.” A third, violent Maidan would be the most favorable outcome for further Russian military incursion into Ukraine, showing the international community that only Russia can bring order to this “failed state,” while simultaneously keeping Ukraine within the Kremlin’s sphere of influence.

The Kremlin will do everything possible to take over Ukraine politically. Russia failed to gobble up part of eastern Ukraine through its failed “Novorossiya” push in 2014 and it doesn’t have any new significant military achievements to speak of. The elections offer Russia a great opportunity to get revenge for the last four years and to reestablish control over Ukraine’s political orientation and future. The Kremlin will use all possible options to damage Ukrainian democracy to show the West and Ukrainians that non-violent revolutions and subsequent regime change don’t lead to the prosperous future that the West has promised.

Make no mistake about it. These scenarios may sound far-fetched, but the Kremlin will use all means possible to make Ukraine a “failed state” and bring it back to Russia’s sphere of influence once and for all.