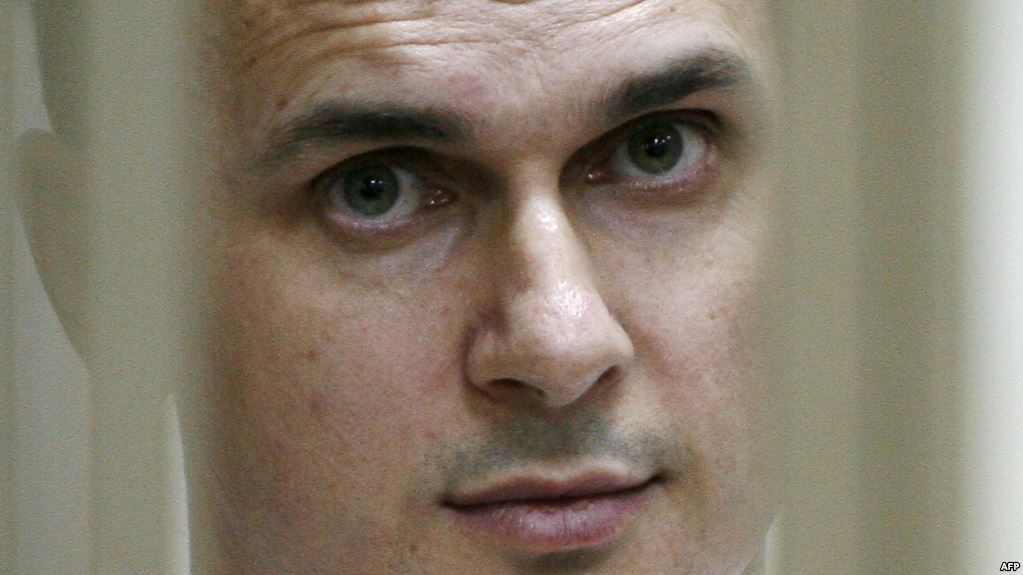 With Russian lies failing to silence mounting international calls for the release of Oleg Sentsov and all Russia’s Ukrainian political prisoners, deception has been used to block access to Sentsov, and a provocateur deployed in an inept attempt to discredit the renowned Ukrainian filmmaker.

One of the main official sources of questionable information about Sentsov over recent weeks has been Russia’s Human Rights Ombudswoman, Tatyana Moskalkova.

On June 28, she reportedly travelled on the same plane to Labytnangi in the Russian Arctic Circle with her Ukrainian counterpart Ludmila Denisova.  Both women were heading to this inhospitable place to visit Sentsov on his 46th day of hunger strike, with Denisova’s visit having, she asserts, been agreed between Ukrainian President Petro Poroshenko and Russia’s President Vladimir Putin.

As reported here, Denisova’s previous attempt to see Sentsov on June 15 was blocked, purportedly because it had not been arranged in advance.  This second trip was organized and agreed, and yet Denisova was forced, together with accompanying journalists, to stand outside the prison gates for many hours.  At one point, a motorcade carrying Moskalkova passed by her through the gates, but she was finally forced to leave without seeing Sentsov.

It is difficult to see what PR value there could be in treating Ukraine’s Human Rights Ombudswoman with such disrespect, thus demonstrating also what value any commitment provided by Putin is worth.  The suspicion must therefore arise that the Kremlin has reasons for blocking visits to Sentsov.

Moskalkova had claimed on 15 June that Sentsov had gained several kilograms and that his hunger strike was “effectively like therapeutic fasting”.

On 28 June, after visiting Sentsov, she asserted that Sentsov was “in a satisfactory condition” and was “in good emotional state.  He is walking about, takes an interest in what is happening in the world, watches news and football on the television in the foyer of the medical unit, and is writing a film scenario”.

This would be cheering to learn except that it contrasts sharply with the report from Sentsov’s lawyer, Dmitry Dinze who visited Sentsov on 21 and 22 June.  He reported that Sentsov was experiencing heart and kidney problems, that he had in fact lost a lot of weight and that the prison doctors had warned him that a crisis was imminent.  After visiting him the following day, Dinze said that Sentsov was mainly lying down as he was very weak and it was hard for him to move about.

If this discrepancy could, with considerable effort, be attributed to different subjective assessments, Moskalkova’s continued attempts to claim that Sentsov has dual Ukrainian and Russian citizenship can only be viewed as a deliberate attempt to mislead people.  In one interview, Moskalkova even claimed that Sentsov had signed a Russian passport.  No such document has ever been produced, and Sentsov has consistently rejected all attempts to foist Russian citizenship on him.

In this respect it is of major importance that there are official Russian documents stating clearly that Sentsov was ‘convicted’ by a Russian court as a citizen of Ukraine.  This is simply inconceivable had he held a Russian passport, since this which would then have been viewed as the only relevant citizenship.

It should be stressed that attempts to claim that Sentsov accepted Russian citizenship even conflict with the position taken by Moskalkova’s predecessor, Ella Panfilova.  She made it quite clear that Russia’s argument in trying to foist citizenship on Sentsov and civic activist Oleksandr Kolchenko was solely that the men had not formally rejected Russian citizenship (more details here)

There is no direct proof that Russia was behind the absurd attempt to discredit Sentsov at the OSCE Conference on Freedom of Speech in Ukraine on 25 June, however the alacrity with which Russian and pro-Russian media leapt on ‘the story’  certainly indicated who had an interest in it being pushed.  During the conference a man in camouflage, who did not identify himself, got up and claimed that he had taken explosives to Sentsov   As Dinze notes, this is entirely stupid as there was nothing in the criminal charges against Sentsov to suggest that the latter had any such plans to purchase or receive such explosives.  Had this anonymous individual been telling the truth, it would demonstrate an extraordinary level of incompetence from the FSB.  In fact, of course, there is nothing in the case to incriminate Oleg Sentsov at all.  The charges against him were based solely on the testimony of two men – Oleksiy Chyrniy and Gennady Afanasyev – who ‘confessed’ which held incommunicado without access to lawyers or their family.  Chyrmiy later refused to testify in court where he would have had to face interrogation, while Afanasyev got up in court, at considerable risk to himself, and retracted all the testimony, saying it had been given under torture.

Human rights activist Tetyana Pechnonchyk commented that the man in military gear was a provocateur who had also turned up at protests in support of Sentsov, grabbed the microphone and presented the same type of nonsense.

This is not the first such attempt to sow the seeds of doubt regarding the political nature of this case and Sentsov’s innocence (details about a previous attempt here ).

As has been seen with the downing by a Russian BUK missile of Malaysian airliner MH17 and other crimes, the aim is less to convince than to confuse the audience, to make them believe that there really could be alternative views as to the prosecution and ‘trial’ of Sentsov and Kolchenko.

There really is no possibility for doubting that this was “an absolutely Stalinist trial”, constituting “ideologically motivated state terror” against opponents of Russia’s invasion and annexation of Crimea.

There is equally only one answer to any question about Sentsov and Kolchenko’s citizenship.  Both are Ukrainians, and claims that they ‘automatically’ became Russian citizens are aimed solely at denying their rights under Ukrainian and international law.