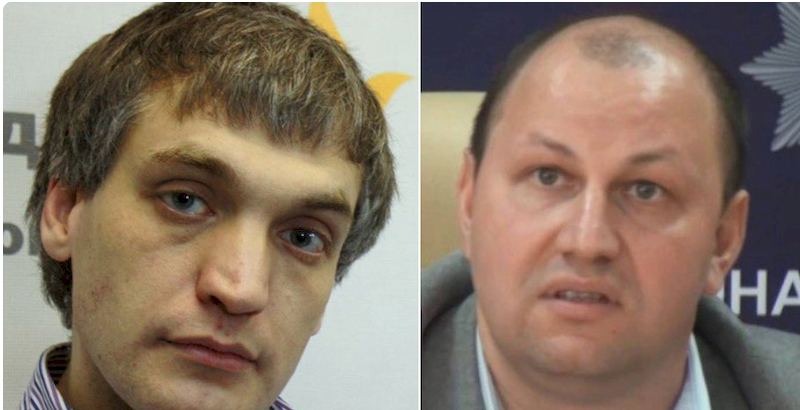 Human rights activists have publicly expressed outrage that Dmytro Rudenko is being considered for the post of head of the Vinnytsa Department of the State Bureau of Investigations.  The SBI is still being set up and staffed, but its main task will be to investigate crimes committed by high-level officials, making any appointment of people like Rudenko seem quite inconceivable.

The reasons that prompted a statement on 4 July from the Ukrainian Helsinki Human Rights Union are unchanged from those aired publicly in January 2017 after Ukraine’s National Anti-Corruption Bureau [NABU] announced plans, pending final checks, to appoint Rudenko Head of the Odesa NABU department.  The outcry then forced the NABU to reconsider.

There were attempts then to claim that Rudenko had been the best choice, however the publicity does appear to have made the NABU withdraw their job offer.

The publicity then also raised the question of how a person so implicated in a shameful case of political persecution could have been appointed Head of  the Khmelnytsky National Police back in May 2016.

The squalid criminal proceedings against Dmytro [Dima) Groysman ended in his ‘acquittal’ on August 12, 2013, almost exactly a week after the 41-year-old activist died of a heart attack.  The possibility of a prison sentence on grotesque charges had been hanging over him for almost 3 years, and may well have been a factor in his  tragically premature death.  The court in Vinnytsa “found no elements of a crime”.

Dima Groysman had been charged in connection with material posted on his Live Journal blog of “desecration of State symbols” and of disseminating pornography.  The main charge of “desecration” was in fact an image expressing protest over outgoing President Viktor Yushchenko’s failure to veto a badly flawed law.  The latter did not provide real measures to fight child pornography, while unwarrantedly restricting freedom of speech.  The “pornography” charges included re-posting of a video clip showing people similar to some well-known Russian figures which was openly available on You Tube.

It was clear from the outset that the activist was facing deliberate harassment because of his independent position and the work of his Vinnytsa Human Rights Group, particularly in helping asylum seekers.  His final address was read out to the court by friends.  In it, Groysman had called the case against him “fabricated and far-fetched from the first to the last letter”, and had specifically referred to the two investigators - Oleksandr Soldatov and Rudenko – as unscrupulous implementers of a dirty commissioned prosecution.

It seems likely that the appeal was totally ignored, together with the facts indicating Rudenko’s implication in a highly suspect case.  Instead, he was first selected for a top post in the National Police, and now appears to be actively seeking a high-ranking role in Ukraine’s very new anti-corruption bodies.

The Ukrainian Helsinki Human Rights Union stresses that all those who took part in the persecution of Dmytro Groysman should be removed from any public official post.  Even if one assumes some level of professionalism, which the Groysman case places in doubt,  this cannot justify the lack of basic decency.