Levko Lukyanenko and 18 Opposition MPs summoned for questioningCase of Lukyanenko is a disgrace for Ukraine!Levko Lukyanenko: „Power in Ukraine passes from democracy to fascism in its attitude to the opposition“
• Topics / We remember 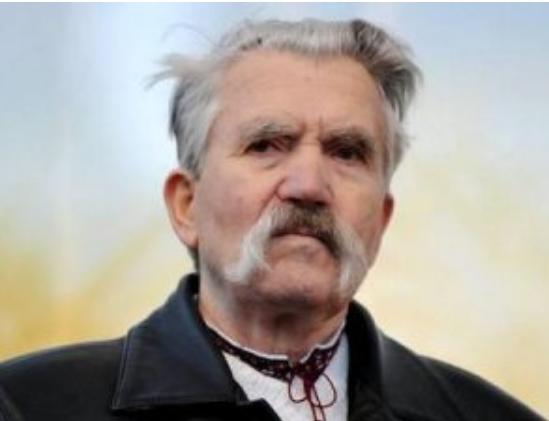 Levko Lukyanenko, one of the founding members of the Ukrainian Helsinki Group who spent 25 years in Soviet labour camps, has died in Kyiv after a long illness.  He was 89.

Lukyanenko was born on 24 August 1928 and, after the Second World War, trained as a lawyer.  His struggle for Ukrainian independence began in 1959 when he became one of the founders of an underground party called the Ukrainian Union of Workers and Peasants [Українська робітничо-селянська спілка]

The Union had yet to move beyond organizational meetings when, in January 1961, Lukyanenko, Ivan Kandyba and five other members were arrested.

Lukyanenko was charged with ‘state treason’ and ‘creating an underground nationalist organization’, and sentenced to death.  This was commuted to 15 years’ labour camp, which Lukyaneko spent in the Mordovian and Perm political camps, as well as in the Vladimir Prison.  He refused to be muffled even in the labour camps, and wrote a number of appeals which would have been smuggled out of the camps, as well as taking part in the struggle to be recognized as political prisoners.  On 10 December 1975, for example, he and other political prisoners declared a hunger strike to mark International Human Rights Day.

He was sent that same day to Chernihiv where he served out the 15-year sentence, being released in January 1976.

Around eight months later, Lukyanenko and Kandyba were approached by Ukrainian writer Mykola Rudenko and asked if they would join him in founding the Ukrainian Helsinki Group.

The name of this group included a vital reference to the Helsinki Accords, which the Soviet Union had signed in 1975.  The document contained important commitments on observing human rights, including rejection of any persecution on political grounds.  This was neither the first, nor the last such document which the USSR signed without any intention of observing, however the commitment had been made, and the Helsinki movement sought to publicly hold the Soviet regime to its word.

This was guaranteed to bring the weight of the repressive machine crashing down on each and every member of the Group, which Lukyanenko and Kandyba, who had only just served 15-year sentences, understood very well.  Rudenko later recalled that Lukyanenko had asked for time to think about whether to join – all of thirty minutes.

The Ukrainian Helsinki Group announced its formation on 9 November 1976.

Lukyanenko was arrested again on 12 December 1977, charged with “anti-Soviet agitation and propaganda’ and sentenced in July 1978 to 10 years ‘special regime’ [especially harsh] labour camp’ and 5 years exile, being declared a particularly dangerous repeat offender.  He served that sentence in full, and was then sent in exile to Tomsk, in Russia.

The last Soviet political prisoners were released as part of Mikhail Gorbachev’s ‘perestroika’ in 1988, and Lukyanenko was ‘pardoned’ in November that year and freed

Lukyanenko was later active, first in the Ukrainian Helsinki Union, then in politics, and  was one of the authors of the Declaration of Ukrainian Independence on 24 August 1991.  He was later elected to parliament several times.  Some of his views in later years aroused criticism, however he was very widely respected as an unwavering defender of Ukraine’s independence, who paid a huge price for remaining true to his beliefs and to Ukraine.