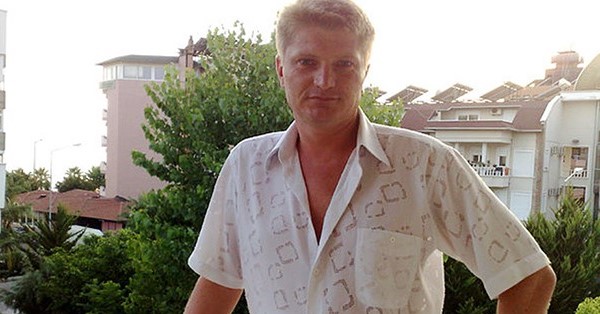 Ihor Kiyashko has been in Russian custody since 9 April 2018, with it likely that the FSB are using torture or other illegal methods to extract ‘confessions’ to ‘spying’.  It is difficult otherwise to explain why the far more serious espionage should have appeared only two months after his arrest, and why Kiyashko has been prevented from having an independent lawyer.

42-year-old Kiyashko is a former police major, who qualified as a defence lawyer in 2012.  He lives with his wife and three-year-old son in Lubny (Poltava oblast).  According to his wife, it was because of their son’s recurring staphylococcal infections, that Ihor travelled to Nizhny Novgorod in Russia on 9 April.    that the bacteriophage that he went there to collect destroys the staphylococcus.  You can only buy stocks brought into the country through unofficial channels and these are never as effective, she explains, and says that this was not the first time Kiyashko had travelled to Nizhny Novgorod where there is a factory producing the bacteriophage..

The FSB’s version is quite different, and has also significantly changed.  Kiyashko reportedly admitted to the lesser of the charges (smuggling), but categorically rejected the later accusation of ‘spying’.

Kiyashko was supposed to return to Ukraine on 10 April, but was arrested that same day, and remanded in custody.  In the middle of May, Marina Kiyashko-Voloshchenko received a letter from FSB investigator Mikhail Shadrin who informed her that her husband was suspected of having tried to smuggle material and equipment that can be used to create weapons of mass destruction (Articles 30 § 1 and 226.1 § 1 of Russia’s criminal code).  The FSB story here is that he planned to sell the blades to private enterprises, with this at odds with the claim that he was spying for Ukraine’s Security Service [SBU].

During that first period, Kiyashko had only a state-appointed lawyer.  His wife received almost no information from him, and it is very often the case that lawyers, effectively appointed by the investigators, are there to sign documents and encourage the detainee to ‘confess’.

In June Marina Kiyashko arranged with independent lawyer Yevgeny Gubin that he would represent her husband.  He made an initial visit to Kiyashko on 14 June, before signing a contract on 19 June, and believes that it was due to his appearance on the scene that the FSB came up with the espionage charges  On the very day that he concluded the agreement, Kiyashko was taken away from the SIZO [remand prison] to the FSB, where he was charged with espionage (Article 276).  Kiyashko had insisted that the charges must be presented in the presence of his lawyer, however this was ignored, and he therefore refused to sign the documents.

An attempt to buy these informally may constitute smuggling, but this remains a far cry from spying.  It was asserted – two months after Kiyashko’s arrest – that back in August 2017, Kiyashko had agreed to buy technical documentation from this same ‘Andrei Komov’ about a multifunctional radio-location station used on C-400 missile systems with this supposedly on SBU instructions.

Back in June, Gubin told Mediazona that he was not being provided with full access to the material of the case, but that he had managed to visit his client.  Kiyashko had complained of the intolerable conditions in the SIZO.  He was in a very small cell, with the ‘toilet’ in the actual cell, without any attempt to separate it, meaning that there was a permanent stench and cockroaches everywhere.   Kiyashko suffers from high blood pressure, has been very dizzy and nauseous, yet has not received any medical care.

Gubin on 5 July that his client was being held in inhuman conditions aimed at forcing him to ‘confess’.  On 3 July, for example, he had been moved, without any explanation, to a special block where there are prisoners with an open form of tuberculosis.

on 10 July that Kiyashko had rejected Gubin’s services.  The statement was, seemingly, in Kiyashko’s handwriting, but Gubin was not able to see his client and ascertain why he had made this decision.  Gubin himself is clear that Kiyashko has been placed under massive pressure and that the aim is to have a free hand in putting pressure on him to ‘confess’ to non-existent ‘spying’.

As reported, the same tactics were used to prevent Ukrainian pensioner Yuri Soloshenko from having proper representation, while Valentin Vyhivsky was held incommunicado for many months where, in Vyhivsky’s words, the FSB had ways of ‘persuading’ people to cooperate.