Russia tackled at the UN over torture in occupied Crimea 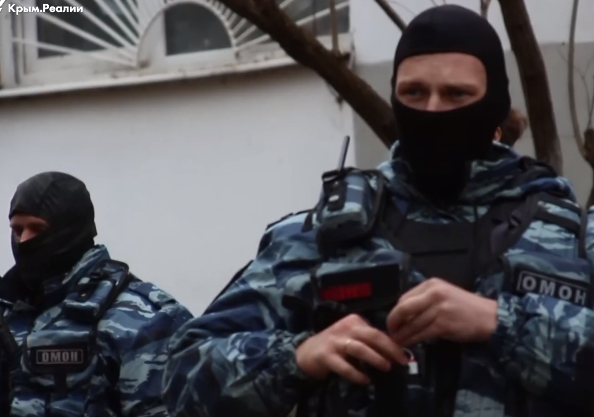 Russia’s presentation of its 6th Periodic Report to the UN Committee against Torture is taking place this year with the enforced involvement of Ukrainian human rights NGOs, who have presented a devastating ‘alternative report’ on Russia’s use of torture in occupied Crimea.  The report, presented during the presentation on 25 and 26 August, covers the situation since Russia’s invasion and annexation.  It paints a stark picture of Russia’s use of torture as a method of intimidation and as a way of extracting ‘confessions’ in the ever-increasing number of  cases of persecution.  The NGOs’ monitoring has led them to conclude that torture is systemic, and a part of the policy imposed by Russia under occupation.

Since Ukrainian NGOs were also monitoring the situation before annexation, they are in a particularly good position to assess just how radically things have deteriorated since the last report presented by Ukraine.

Their report includes many cases, especially in the first months after Russia’s invasion, where it was the so-called ‘self-defence’ paramilitary organizations, controlled by Russia, that committed crimes involving torture and inhuman treatment.  Neither in these cases, nor in those where the FSB [Russian security service] and its subordinate structures were involved, has there ever been adequate investigation. This includes the many cases of abduction and enforced disappearances, including that of solitary protester Reshat Ametov.  The 39-year-old Crimean Tatar father of three was seized by paramilitaries from outside parliament on 3 March 2014 and savagely tortured to death.  Despite video footage of the abduction, there has never been any real attempt to even formally identify the culprits, let alone hold them to answer.

The NGOs stress that Russia’s policy of suppressing all opposition to its annexation began immediately and contributed to the dramatic deterioration in the human rights situation reported by numerous international bodies and NGOs.

In November 2016, the Office of the Prosecutor of the International Criminal Court recognized Russia’s annexation and ongoing occupation of Crimea as an international armed conflict between the Russian Federation and Ukraine.. Both in the 2016 and 2017 reports, the Office of the Prosecutor has listed alleged crimes believed to have been committed in Crimea, including harassment of Crimean Tatars; killing and abduction; ill-treatment in the context of detention or abduction; violations of the right to liberty and to a fair trial and forced conscription.

The Ukrainian NGOs have documented 106 cases of torture committed by members of the Russian law enforcement agencies and Russian-controlled paramilitary structures.

Although torture is most often used to extract confessions or false testimony in politically motivated cases, the NGOs stress that essentially anybody can become a victim.

All preventive and monitoring mechanisms that were being developed, albeit slowly, before annexation have gone.  Russia only introduced Public Monitoring Commissions in 2018, with only people loyal to the occupation authorities being allowed to become members of the commissions.

Ukraine’s Ombudsperson has only once between allowed to visit a few prisoners in Crimea and the International Committee of the Red Cross has also been denied access.

While the occupation authorities do not directly prevent political prisoners’ lawyers from seeing them, they do make it extremely difficult and time-consuming, since they may have to wait in a queue to see people held at the SIZO or remand prison in Simferopol for many hours, or even days.  Wives and other relatives are in an even worse position, and may be refused visits all the time that a person is held there (up to a year and a half).

Even where lawyers have lodged complaints on behalf of their clients about torture, these are either ignored or rejected, with the lack of an independent judicial system making it impossible to hope for effective investigation and response.

The NGOs point to the disproportionate use of force during armed searches and arrests. Large numbers of masked men with machine guns can burst their way into homes early in the morning with children waking to find men in the room waving Kalashnikovs and forcing their father to the floor.

There was very clearly disproportionate force in the events on 23 November 2017 when the FSB tried to arrest 83-year-old Vedzhie Kashka, a widely renowned veteran of the Crimean Tatar national movement and instead caused her death.  The occupation authorities are not only refusing to investigate, they are positively obstructing any such investigation, and appear to have a lot to hide.

Nor was Vedzhie Kashka the only victim of a ‘case’ which has very clearly been fabricated in an attempt to discredit the Crimean Tatar Mejlis and respected members of the Crimean Tatar community.  Of four men arrested at the same time, three are in their late fifties or sixties and in very poor health.  In at least two cases, the very fact that they are held in detention, can be viewed as a form of torture (details here).

They and others are held in the Simferopol SIZO where the appalling conditions and overcrowding, as well as the lack of medical care, are also tantamount to torture and ill-treatment.

The NGOs write of torture having been used to obtain confessions in at least 15 cases, though that number is certainly too low, given cases described here.

The above do not include those subjected to severe psychological pressure, threats, etc.

Other victims of abduction

The most shocking case over the last year was surely that of Rinat Paralamov, who was taken away after an armed search during which two FSB officers tried to conceal their official insignia.  Paralamov  disappeared, and it is almost certainly only thanks to the major effort in sounding the alarm, that he was eventually returned, having faced vicious torture to get him to sign multiple ‘confessions’.

See: Abducted & tortured Crimean Tatar: “If I don’t speak out, they’ll come for others”

Paralamov and a few others have found the courage to publicly speak of the torture they were subjected to, though in most cases only after they have fled to mainland Ukraine.  It is, unfortunately, likely that there are others who also signed such ‘blank cheque confessions’ and who have since remained silent.

The full report can be downloaded here  and the proceedings at the UN watched at http://webtv.un.org/meetings-events/watch/consideration-of-the-russian-federation-1658th-meeting-64th-session-of-committee-against-torture/5813693959001/?term=