Back in the USSR: Russia uses Soviet methods to jam Ukrainian media in occupied Crimea 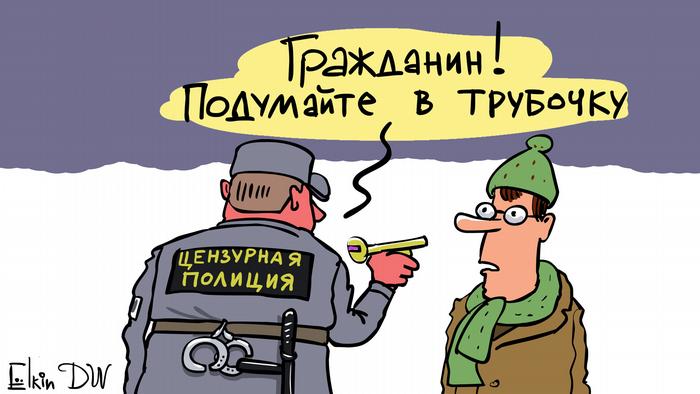 If Russia was confident of its support in occupied Crimea, there really would be no need to jam Ukrainian media.  Yet four and a half years after its invasion and annexation, it is still taking extensive measures to ensure that Crimeans are cut off from Ukrainian radio and television broadcasts.

Four Ukrainian radio stations began broadcasting from a new 150 metre tower in Chonhar on 17 March 2018.  At that time, there was no problem with reception of the four stations: Ukrainian Radio; Meidan; Krym.Realii and Kherson FM.

The Crimean Human Rights Group carried out monitoring in July to check how these stations are broadcasting around the border crossing at Kalanchak and in 13 inhabited areas in the North of Crimea.

A good signal could be heard for Ukrainian Radio in only one of these areas. There was either near total or total blocking of the station in other areas, with the same frequency being used by a Russian-controlled radio station called Спутник в Крыму.

Radio Meidan was one of the Crimean Tatar media which was forced out of Crimea at the beginning of April 2015.  CHRG reports that in eight out of the 13 areas monitored, the frequency 101.4 FM, which Meidan had received a licence for , was occupied by the pro-Russian ‘Krym’ radio stations.  In the others, there was nothing broadcast on the frequency.

The frequency for Krym.Realii (105.9 FM) was used everywhere by the Crimean radio station ‘Vesti FM’.  In just four areas, Krym.Realii could also be heard, however both it, and Vesti FM had very poor signals because they were being crowded onto one frequency.   There were essentially the same problems with the channel Kherson FM.

Russia’s attempts to block access to important radio stations that regularly report on rights violations in Crimea have resulted in at least one radio station – Meidan – being drowned out by the pro-Russian station ‘Krym’ even in Novooleksiyivka in the Kherson oblast.

These measures are depressingly reminiscent of Soviet times, when the regime also added frequencies to prevent western channels from telling Ukrainians, Russians, Belarusians, etc. what was happening in their republics under Soviet rule.

Now Russia is blocking Ukrainian channels for essentially the same reason.  Nor is it only radio frequencies that are affected.  CHRG monitoring carried out  at the beginning of March 2018 found an increase in the number of blocked websites over the last year.  It also recorded mounting hate speech in media under Russian control towards ethnic Ukrainians, Crimean Tatars and Muslims (details here).

Russia used hate propaganda and other forms of information warfare from its invasion in February 2014.  This was noted by the Office of the UN High Commissioner for Human Rights back on 15 April 2014, when it stated that: “New restrictions on free access to information came with the beginning of the Crimea crisis. Media monitors indicated a significant raise of propaganda on the television of the Russian Federation, which was building up in parallel to developments in and around Crimea. Cases of hate propaganda were also reported.  Dmitri Kiselev, Russian journalist and recently appointed Deputy General Director of the Russian State Television and Radio Broadcasting Company, while leading news on the TV Channel “Rossiya” has portrayed Ukraine as a “country overrun by violent fascists”, disguising information about Kyiv events, claimed that the Russians in Ukraine are seriously threatened and put in physical danger, thus justifying Crimea’s “return” to the Russian Federation. On 6 March, analogue broadcasts of Ukrainian television channels (notably Ukraine’s First National Channel, Inter, 1+1, Channel Five etc.) were shut off in Crimea, and the vacated frequencies started broadcasting Russian TV channels. On 12 March, Ukrainian broadcasters blocked three leading television channels – the 1 Channel, NTV and Rossia TV - in Kyiv and other locations in Ukraine. As a result, there are serious concerns that people – both in Russia and Ukraine and especially in Crimea – may be subject to propaganda and misinformation, through widespread misuse of the media, leading to a distortion of the facts”.

The takeover of the information realm in Crimea began even earlier, with the state-owned TRC Krym seized on March 1 by armed men without insignia who said that they were soldiers from the Russian Federation’s Black Sea Fleet.  The largest independent television channel Chornomorska which could be watched by 84% of the Crimea was taken off air on March 3, shortly after sustaining a massive DDoS attack.

Russia had thus sought to ensure an information blockade weeks before the pseudo ‘referendum’ on 16 March 2014, with which Moscow sought to conceal its aggression.

A year after Russia’s annexation, in its 2015 Freedom of the Press report, Freedom House assessed Crimea under Russian occupation separately and damningly, as one of the ten “worst of the worst”.