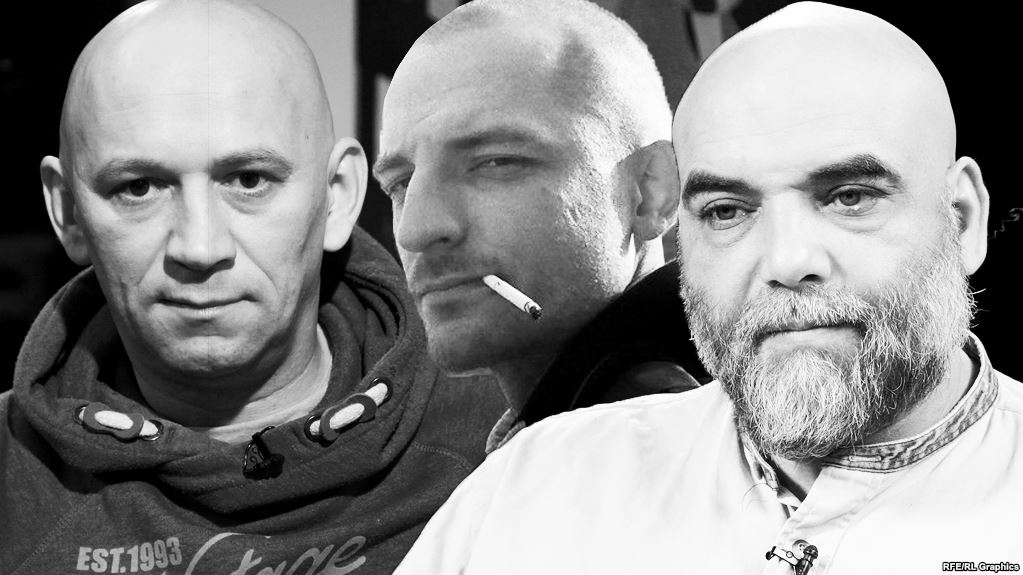 Journalist Orkhan Dzhemal was one of the few Russian citizens unafraid of exposing the truth about Russia’s aggression against Ukraine and, especially, its treatment of the Crimean Tatars.  He was murdered on 30 July in the Central African Republic, together with Russian filmmaker Alexander Rastorguev and cameraman Kirill Radchenko.  The men had arrived just three days earlier to shoot a film about the activities of the so-called ‘Wagner private military company’.  This unit with its highly-trained and well-paid ‘mercenaries’ is officially private, however the fighters have been used in Russia’s invasion of Crimea and undeclared war in Donbas, as well as in Syria, and now appear to be side by side with Russian military personnel in CAR. The Wagner unit’s leader Dmitry Utkin was spotted at a Kremlin reception for ‘Heroes of the Fatherland’ in December 2016, and at least one of its fighters is known to have received a state award signed by Russian President Vladimir Putin.

Although it is illegal to be a mercenary in Russia, the deployment of this supposedly private military company always closely follows Russian foreign activities.

Radio Svoboda reports that Russian military instructors, advisors and mercenaries from such ‘PMC’ have been active in the Central African Republic for several months, with many sources reporting that this ‘African project’ is heading by Yevgeny Prigozhin.  This individual, often referred to as ‘Putin’s cook’, once served a long prison sentence for serious crimes, and then tried selling fast-food on the street.  He is probably paying for the billions he now reportedly possesses by financing the notorious the Internet ‘troll factory’ in St. Petersburg, and the Wagner unit.

In May 2018, Andrew McGregor, writing for the Jamestown Foundation, reported that Russia was “displacing the French in the Struggle for Influence in the Central African Republic”.   Russia appeared to be willing to exchange arms and cash for access to oil, minerals, strategic bases and rare earths, McGregor wrote, with this bypassing a UN arms embargo imposed after civil war broke out in 2013.  Russia is doing more than simply ‘donating’ weapons, McGregor points out, noting that local reports have suggested that the Russians arriving have included “disinformation experts who have started an anti-French media campaign”. Of the 175 Russian trainers in the CAR, five are members of the Russian army, while most of the others are from the Wagner or similar ‘private military companies’.

The Central African Republic is in a state of turmoil and the report that the men were shot in a robbery attempt could possibly be true. Or it may not be, and there is another reason for the ambush which seems to have specifically aimed to kill the three journalists, though the driver of the vehicle did not die.

Journalist Rodion Chepel told Novaya Gazeta that the three men had gone to CAR after reports that Russian men in military uniform were being seen.

It is unlikely that Moscow would have welcomed a film exposing the manner in which Russian military and Russian supposedly illegal mercenaries work in sync with one another.

More about the Wagner unit’s role in Donbas and Syria here:

Orkhan Dzhemal was 52 and a highly-experienced military journalist.  Back in 2014, during the first months of the Russian-manned, armed and funded military conflict in Donbas, he provided invaluable insight into the dirty methods of information warfare being applied.  It was Dzhemal, for example, who exposed the lengths to which Russia and the leaders of its proxy ‘republics’ would go for some good propaganda, including sending journalists to be shot.

Dzhemal also spoke the truth about Russia’s treatment of Crimean Tatars, even on Russian national television.  In May 2016, for example, during a talk show on the Kremlin-loyal NTV, Dzhemal reminded his audience “where Russian-speaking Crimeans came from.  Crimean Tatars were deported in 1944, and they put NKVD [secret police] men for their services into their homes”.

Alexander Rastorguev was 47 and lived in Rostov on the Don.  He had faced arrest in Putin’s Russia back in December 2011 for protesting against falsification in advance of Putin’s predetermined winning of a third presidential term.  His films were apparently rated highly by Ukrainian filmmaker and Kremlin hostage Oleg Sentsov.