Nurse held prisoner for revealing the Russian soldiers Russia claims are not in UkraineFreed Donetsk religious scholar: Many in Donbas want a return to Ukraine but are afraid73 Ukrainian hostages welcomed home – over 160 still held in Donbas, Crimea & RussiaPutin ‘supports’ large-scale exchange of hostages held in DonbasNurse ‘sentenced’ to 11 years in Russian proxy ‘Donetsk republic’ for remaining to care for her elderly motherRussian Rule of Lawlessness in Occupied Crimea and DonbasRussia kills Minsk Agreement, with lives of over 300 Ukrainian hostages and POWs in danger Russia is already holding many Ukrainian POWs without any declaration of warCrucial law adopted to help Russia’s Ukrainian political prisoners and hostagesUkrainian seized and tortured by Donbas militants after returning for his elderly mother Ukrainian accused of torturing hostages at Russian-controlled Izolyatsia secret prison flees to France and "asks for political asylum’Ukrainian hostage tortured with screws through the knees by Russian-controlled Donbas militants On the pettiness of suspicion of Petro PoroshenkoDonbas militants seize Ukrainian teacher trying to help her ailing mother Donbas hostages tortured for a Russian propaganda program against Ukraine Mother with grave health issues imprisoned by Russian-controlled militants for trying to save her sonFears for the life of tortured Ukrainian hostage held by Russian-controlled Donbas militants 400 Ukrainians imprisoned without a crime in Russia, occupied Crimea and Donbas Donbas militants threaten to kill Ukrainian hostage’s children if he doesn’t ‘confess’Nine former hostages to testify against ex-militant over torture at Donetsk Izolyatsia secret prison
• Topics / The right to liberty and security 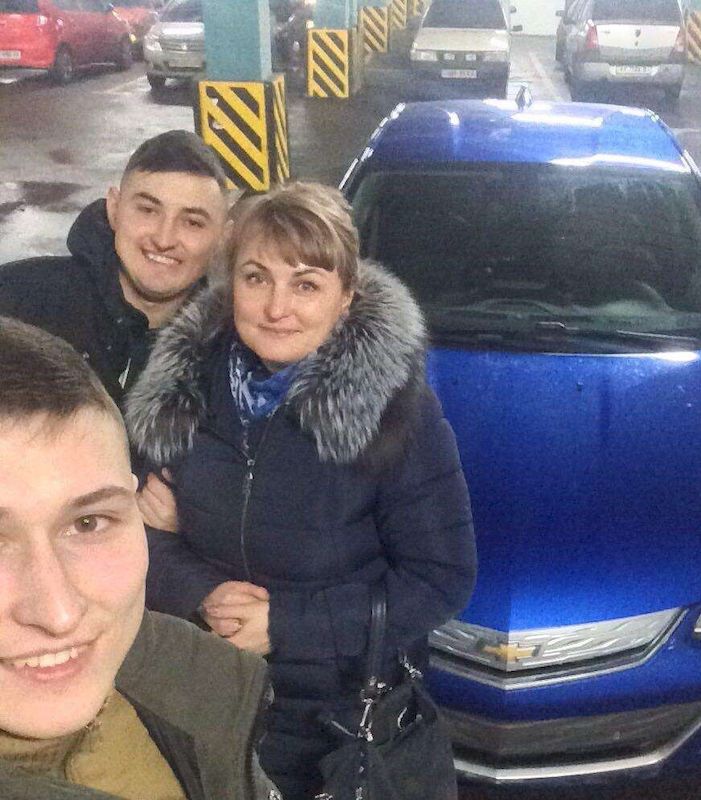 Those who assume that Ukrainians who remained in Donbas in 2014 supported the Russian-backed militants should consider the fate of 46-year-old Marina Chuikova.  She has been held prisoner in the self-proclaimed ‘Donetsk people’s republic’[DPR] since March this year.  She sent her two sons away from Horlivka in the Donetsk oblast as soon as the fighting began, but could not leave herself.  Her elderly mother was adamant that she would not leave the city she had lived in all her life, and in which her husband had died.  Chuikova had no choice but to remain with her mother, although she visited her sons who have, by now, completed their studies and are active volunteers in Kharkiv.  It may have been those visits or her enforced trips to government-controlled Ukraine for supplies and to withdraw money and her mother’s pension, that attracted the attention of the DPR militants.  Her sons, Savva and Artur, are adamant that any accusation of ‘spying’ is nonsense.

In fact, if the ‘DPR ministry’ had any grounds for seizing the woman, there would be no reason for maintaining such secrecy.  She disappeared in Horlivka on 19 March, just two or three days after returning from Kharkiv.  It was over a day later that her sons were told by her neighbours that she had been taken away by some men who had, seemingly, identified themselves as from the ‘security ministry’.  The two young men approached everybody in the hope of enlisting help in freeing their mother, though neither Ukrainian nor international bodies, NGOs, etc.  have been able to help.  In fact, Chuyova’s sons have been able to tell the SBU where their mother is being held, rather than the Security Service informing them.  Although officially there is no information, the so-called ‘DPR investigators’ have confirmed that she is imprisoned.  There has also now been a document about her state of health from the SIZO, or remand prison.

Chuikova has been able to write to her sons, and reveals shocking conditions in the SIZO.  There are 15 women in the cell, which has no shower.  It is unbearably hot and stuffy, and they’re not allowed even the requisite ‘walk’ each time.  If they are taken out of the cell, it’s for half an hour or an hour, only.  Not all items of food, personal hygiene, etc. are allowed to be passed to her, though here it appears that everything depends on the militants’ mood.

There are frequently reports that the militants have ‘arrested’ somebody or ‘convicted’ a person of spying, and sentenced them to long terms of imprisonment.  On 2 August, a Donetsk woman was sentenced to 11 years’ for supposed ‘spying’.  It was claimed that she had sent the SBU photos and videos of “military objects and personnel”. Judging by previous cases, especially those where the person was later released as part of an exchange, it is unlikely that the woman had an independent lawyer and any semblance of a fair trial.

There probably are isolated cases where this is such substance to the claims.  For example, Halyna Hayeva was held prisoner in ‘DPR’ for 15 months before being released as part of the December 27, 2017 exchange of prisoners.  Unlike other civilian hostages sentenced to 14 or 17 years for a pro-Ukrainian flashmob or critical blog entries, Haleva really had passed information to the SBU. She told the people in the Volnovakha SBU about Russian officers and ordinary soldiers receiving treatment in her hospital.  Since Russia continues to deny its active military involvement in the war in Donbas, this was enough for the Kremlin-backed ‘republic’ to ‘sentence’ her to 10 years’ imprisonment.

In the vast majority of cases, including that of journalist and blogger Stanislav Aseyev, there are no grounds at all for any charges.  A person may be seized for  critical comments, to do with corruption (somebody wanting to take over their business, etc.) or other equally inadequate reasons.