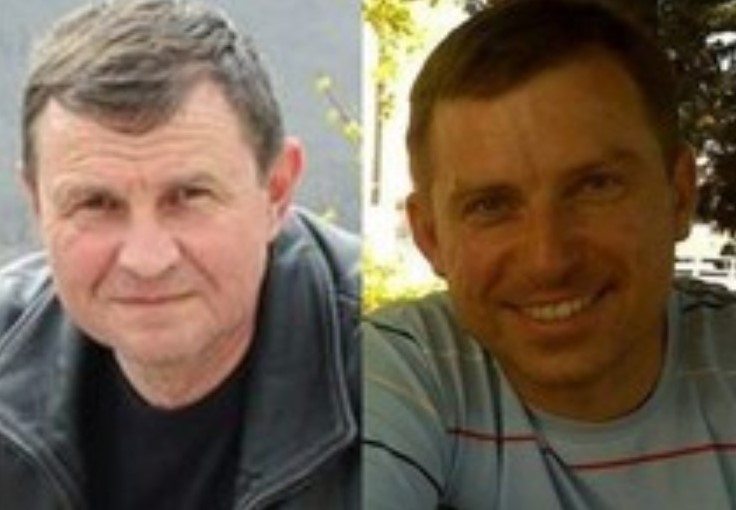 A ‘trial’ has begun in Russia’s latest attempt to claim that it thwarted a ‘Ukrainian sabotage plot’ in Russian-occupied Crimea. Academic Oleksiy Bessarabov and Volodymyr Dudka, a retired captain who had recently become a grandfather are accused of planning acts of sabotage on instructions from Ukraine’s Military Intelligence.  Although there is absolutely no evidence to back the charges, both are probably facing harsh sentences since they have refused to admit to crimes they didn’t commit in exchange for promises of a lighter sentence.

This is the second attempt to begin the ‘trial’ after the first, on 4 April, was aborted due to the multiple discrepancies in the indictment.  It is being held behind closed doors, without there being any reasonable grounds.  Such secrecy does however obstruct media attention to the lack of any crimes in this case, committed or planned. Even the defence’s application for photographs to be taken during the hearings was rejected, with it claimed that this was for the safety of participants.

There were, however, many people who had come to show their support for the men and, quite exceptionally, there was even a chance for them to speak to them.

According to lawyer Sergei Legostov, seven ‘witnesses’ for the prosecution were scheduled to be questioned on 2 August, however only two turned up.

The first witness denied that there had been the mobile telephone which was supposed to have been found during the search.  The person said that Dudka had not had this telephone, and suggested that it could have been planted by the FSB during the search, which, he noted, had not found any charger for the phone.

The second ‘witness’ was an engineer from an oil plant whose contribution to the case in question lay only in describing the potential danger posed by the supposedly planned act of sabotage.

On November 9, 2016, the FSB widely circulated videos showing the arrest, search and ‘confession’ of well-known academic Dmytro Shtyblikov, and the ‘confession’ of Bessarabov, his colleague and friend.  It soon became clear that Dudka had been arrested that same day.

Russian television told their viewers that the business card was from the Ukrainian nationalist ‘Right Sector’ movement which is banned in Russia.  They did not mention that this card had first been produced by Russia as ‘incriminating evidence’ in April 2014, after supposedly being pulled quite intact from a totally burnt and gutted out car.  That prompted a hilarious wave of Internet memes with the same card seen, for example,  handed from God to Adam in Michelangelo’s Sistine Chapel fresco.

There was no sign of the allegedly vast stock of weapons, etc., only the ‘confessions’ of Shtyblikov and Bessarabov, which both men gave while under FSB control and without lawyers.  Dudka appears to be accused of possessing a secret stockpile of explosives.

This former Ukrainian naval captain had, as mentioned, recently become a grandfather and spent all his free time with his son and granddaughter.  He is, nonetheless, supposed to have been planning acts of terrorism against vital infrastructure in Crimea.

Dudka is now 54 and suffers from a cardiac condition and ulcer, which the appalling conditions of the Simferopol SIZO [remand prison] where he, Bessarabov and many other Ukrainian political prisoners are held, can only exacerbate.  He has recently complained of other symptoms, and has lost an alarming amount of weight over the last 20 months.

Both 47-year-old Shtyblikov and 41-year-old Bessarabov originally studied in the intelligence faculties of military institutions and initially serve in the armed services.  Both, however, resigned from military service in the middle of the 2000s, and for a decade until February 2014, they worked together at the Nomos Centre for furthering research into geopolitical issues and Euro-Atlantic cooperation in the Black Sea Region, becoming known far beyond Ukraine.