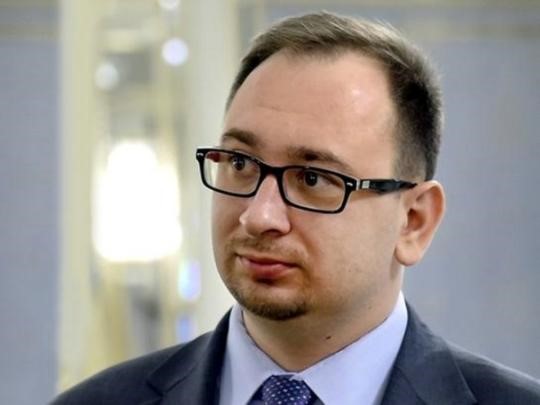 Nikolai Polozov, the Russian lawyer representing Crimean Tatar Mejlis leader and former political prisoner Akhtem Chiygoz, has just returned from Crimea and reports that even those who earlier supported Russia’s annexation are now disillusioned.  The promised prosperity has not eventuated, and you can’t even come out onto the streets to protest anymore

One person’s impressions are not the same as formal monitoring and public surveys, however it is Russia that has systematically refused to allow monitoring missions into Crimea.  It has also crushed the independent media and imprisoned a number of civic activists reporting on rights violations, and the chances of people speaking openly, even were a public survey on attitudes to be held, seem remote.

In an interview to Fakty.ua, Polozov explained that he had only once, many years ago, been in Crimea before annexation.  He then came in January 2015 when, he says, you could still feel “the euphoria”.

He is now spending more time in Crimea because of his work, for example, in trying to force a proper investigation into the death of 83-year-old Vedzhie Kashka, renowned veteran of the Crimean Tatar national movement, whom Russian National Guard officers tried to arrest (details here).

Polozov calls the situation in Crimea specific.  “All the negative phenomena and processes that one sees in the Russian Federation are now being actively cultivated in Crimea.  This is the inculcation of a police state and militarization”.

Even the people who did not support Ukraine, have descended into a state of apathy and disillusionment.

Polozov says that Crimean society can be divided into certain social groups.  The first group is of people connected with the state, including the police, courts and military.  They continue to support Russian occupation.   Polozov notes also the significant moves Russia has made since annexation to change the demographic balance in Crimea.  Tens, if not hundreds, of thousands of people are being brought in from Russia, with a lot of these people – members of the FSB, National Guard, OMON riot police, etc. The major construction work carried out, such as the road between Kerch, Simferopol and Sevastopol is all done by people brought in from Russia.  He says that on principle they don’t take Crimeans.

As reported earlier, many of the enforcement officers, prosecutors, etc., whether Crimeans who switched allegiance or people from Russia, receive housing and other incentives effectively in exchange for their loyalty.

Those Crimeans whose livelihood depended on tourism or agriculture are obviously disillusioned, Polozov says, adding that a lot of them now note that the difference between the present situation and that under Ukrainian government control lies in the freedom they had.

“Yes, perhaps in Ukraine it wasn’t much better in the economic and everyday sense, but there you at least had freedom. You could go out and say that it’s all bad”.

That has now become inconceivable as even the most committed supporters of Russian President Vladimir Putin and his regime have learned to their cost.

On June 4, 2016, for example, around 50 Crimeans tried to hold a protest over the appearance of commercial outlets and funfair attractions blocking the beach in Alushta.  Local residents are convinced that corruption among the authorities is behind the loss of access to their beach.  One of its organizers was Pavel Stepanchenko, a communist deputy who played an extremely active role in supporting Russia’s invasion and annexation of Crimea.

The organizers had tried, and failed, to get permission, so came out anyway, avoiding loudspeakers or other items that could get them accused of holding an unauthorized protest.  They tried to call their peaceful action a ‘meeting with city council deputy Stepanchenko’, which could not be banned.  At least not in Ukraine, where in fact you only need to notify the authorities, not to obtain permission for a protest.  Stepanchenko was clearly taken aback when police arrived within seconds and demanded to see their “permit”.   He can be heard on the video here actually telling the police that there is a notification system, and that they had ‘notified’ the authorities.  He and at least one other man were taken away and faced administrative proceedings, with the protest itself violently dispersed.

Stepanchenko and journalist Alexei Nazimov have been in custody since October 2016 on charges that seem very questionable, and may be linked with their criticism of the local ‘United Russia’ politicians (details here).

The same has been seen with some of the Cossack groups which played an active role in helping the Russian soldiers who seized control in Crimea on 27 February 2014.

Polozov points out that any ‘unauthorized activities’ are punishable, and says that even a rally in support of Putin could get you into trouble if you weren’t sent to attend (as often happens with public sector workers, students, etc.).

Although Russia’s state media gives only horror stories about life in Ukraine, it is untrue that conditions in occupied Crimea are not much worse.

As Polozov notes, the economy in Crimea during the post-Soviet period depended on tourism and agriculture.

Tourism has slumped massively.  Although some of the resorts do have people, these are Russian public sector workers brought in on heavily subsidized trips to sanatoria.  The trips offer full board, and such tourists simply don’t have cash free to spend on eating out, souvenirs, etc.

The problems with agriculture are mainly caused by the lack of water.  From the invasion in 2014, Moscow pushed the narrative that Crimea was ‘really’ part of Russia and always had been.  There are numerous reasons why this is untrue.  Against one of them all propaganda is powerless.

Crimea was always dependant on Ukraine for energy, water and food supplies.  Russia is hoping that its illegal bridge from Kerch will help resolve some of these problems, but there remain constant energy shortages, and there is simply not enough water.  The lack of water, it should be stressed, is Russia’s fault for a second reason since Ukraine did not refuse to continue supplying water, it simply insisted that the contract should correctly name Crimea as occupied territory.  Russia considered it preferable to deprive the population of water rather than comply with Ukraine’s stipulation which was in full compliance with the UN General Assembly’s Resolution on Crimea and other international sanctions.   The problem with water is leading to serious salination of the soil and reservoirs are drying up.

Nothing so unfavourable will be heard, of course, on Crimean and Russian state media.  Polozov calls the “recipe for Russian propaganda simple. Take Goebel’s technology, add Rockefeller’s (or in this case, Rotenberg’s) money, and you get Putin’s product.”

For Putin, he adds, the mass media is no less important than the fleet or army, and there are no independent media in Crimea at all.  They’ve been destroyed.

Nikolai Polozov played an enormous role in ensuring that the insanity of the charges against Akhtem Chiygoz, the latter’s appalling treatment and fatally flawed ‘trial’ were publicly known.  It was doubtless for this reason that illegal methods, including an effective abduction were used to prevent him from representing a second Crimean Tatar Mejlis leader, Ilmi Umerov (details here).  There had been a previous attempt to bring criminal proceedings against him for supposedly ‘insulting a representative of the authorities, contempt of court and obstruction of justice’.