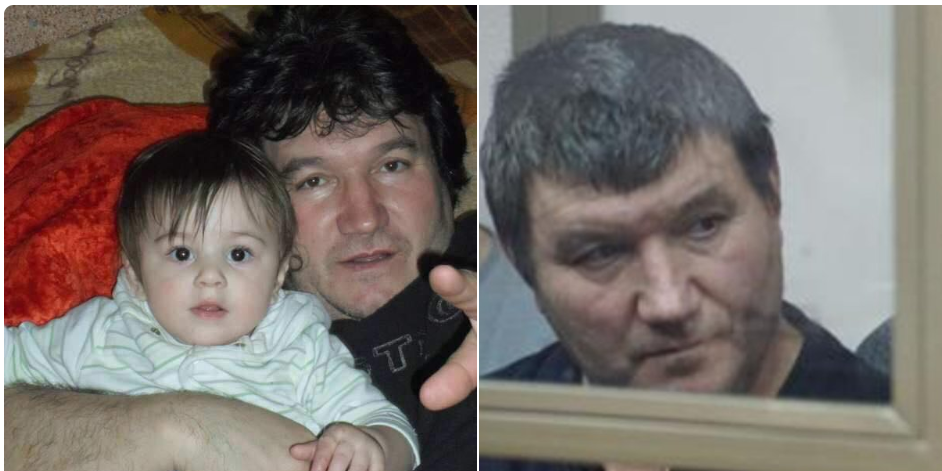 A Russian court hearing the ‘trial’ of six recognized Ukrainian political prisoners has returned the case to the prosecutor, demanding that the charges against one of the men, Enver Bekirov, be made more severe.  Judges, who are supposed to impartially  determine whether a person is guilty or innocent, have instead acted for the prosecution in the latest of multiple gross violations of the men’s rights.

The Northern Caucuses District Military Court in Rostov, which first gained notoriety for its politically motivated sentences of Ukrainian filmmaker Oleg Sentsov and civic activist Oleksandr Kolchenko was due to begin hearing the defence’s submissions on August 21.  Instead it dropped a bombshell, announcing that it was proposing that the prosecutor change the changes against Bekirov from ‘involvement’ in an organization that Russia has declared terrorist, under Article 205.5 § 2 of Russia’s criminal code to ‘organizing a terrorist organization’ (Article 205.5 § 1), with this possibly carrying a life sentence.

The court explained this as being because of one of the illicit recordings used as supposed evidence in this case,  It considered that from the recording made in the school where Bekirov worked as a guard, Bekirov could be said to have organized meetings and given the other defendants instructions.

Such a school meeting was deemed enough by presiding judge Nikolai Yurevich Vasilchuk, presumably with the backing of judges Valery Sergeevich Opanasenko and Stanislav Vladimirovich Zhidkov for a change in charges resulting in a sentence of 20 years or life.

The judges in such political cases do not make independent decisions, raising the question of why it was they who were assigned the prosecutor’s role here, while the latter, at least for the record, opposed the move.

The defence also strongly objected and plans to appeal.  Alexei Ladin, lawyer representing human rights activist Emir-Usein Kuku, called the court’s action “legal nonsense:  the judge, examining a criminal prosecution, came to the conclusion that one of the defendants is guilty of a more serious charge which is, on principle, inadmissible. The agreed position of the defence is that the court has taken on the functions of the state prosecutor and, through its decision, is effectively forcing the prosecutor to change the charge to one more serious”.

The so-called ‘terrorist organization’ in question is the peaceful pan-Islamist Hizb ut-Tahrir, which is legal in Ukraine and which is not known to have committed any act of terrorism or violence anywhere in the world.  Russia’s Supreme Court declared it terrorist in 2003, without providing any sensible reason and keeping the judgement secret until it was too late for Hizb ut-Tahrir or human rights organizations to challenge it.

The lack of any justification for terrorism charges is one of the reasons why the authoritative Memorial Human Rights Centre considers all Muslims convicted under Article 205.5 merely because of alleged involvement in Hizb ut-Tahrir to be political prisoners.  It has also repeatedly condemned the methods used to essentially fabricate ‘evidence’ of involvement in Hizb ut-Tahrir, especially through the use of secret witnesses and dubious ‘expert assessments’.  Hizb ut-Tahrir ‘trials’ have become, in Memorial’s words, “a machine of wholesale persecution”, by which the FSB can flaunt good statistics for ‘uncovering and prosecuting terrorists’, guaranteeing them bonuses, or even promotion, while requiring very little effort.

Memorial has condemned all of the above in the first two cases brought to trial of Crimean Muslims arrested on Hizb ut-Tahrir charges.  If in Russia, Memorial usually awaits the end of the trial before declaring the persecuted men political prisoners, it saw no need to wait with regard to Crimeans imprisoned.  Crimea is territory which Russia is occupying illegally and in accordance with international law, it has no right to change Ukrainian criminal legislation and replace it with its own.  Memorial notes that Hizb ut-Tahrir is absolutely legal in Ukraine.

If the first four Crimean Tatars from Sevastopol: Ruslan Zeytullaev; Nuri Primov; Ferat Saifullaev and Rustem Vaitov were ‘only’ charged under Article 205.5 and convicted, Russia’s FSB has added more weapons to its arsenal against 27 other Ukrainian Muslims imprisoned on Hizb ut-Tahrir charges.  The first group to be put on trial since then of six men from the Yalta region: Muslim Aliev; Refat Alimov; Enver Bekirov; Arsen Dzhepparov; Emir-Usein Kuku and Vadim Siruk – have also been charged under Article 278, with ‘preparing for violent seizure of power by an organized group according to a prior conspiracy’.  No weapons or other means for ‘violent seizure of power’ were found during searches of the men’s homes back in February and April 2016.  With respect to this extra charge of planning a violent seizure of power, it is worth noting that most of the 21 Russian Muslims, recently sentenced to an incredible 343 years’ imprisonment, had that charge added only after a year’s detention.  The Memorial Human Rights Centre is convinced that the only motive for the new indictment was to ensure their ongoing detention, since Article 205.5 § 2 only allows for a one-year term of detention.  The charges in that case and against the Crimean Muslims appear to be based solely on the fact that Hizb ut-Tahrir has as its ultimate aim the establishment of a world Khalifate, though only through teaching and personal conviction, not violence.

One of the points of these FSB conveyor belt prosecutions is that they all follow the same pattern, with one ‘organizer’ and several people who face the less serious charge of ‘involvement’. Up till now, it was Muslim Aliev, who has been designated the role of ‘organizer’, under Article 205.5 § 1, with the others all charged with ‘involvement’.

It is a personal disaster for 55-year-old Bekirov, his wife Natalya, three daughters and grandson if the court succeeds in getting the charges made more serious.  It is also a highly worrying development for this trial and those still to come that a presiding judge should be so overtly taking on the role of prosecutor.

Vasilchuk’s move is particularly disturbing since it comes after the prosecution ended its presentation of extremely flawed and inconclusive ‘evidence’.  Aside from anonymous and questionable ‘secret witnesses’, who are believed to be FSB agents, or people forced to ‘cooperate’, there are also recordings made secretly, often of ‘discussions over tea in the kitchen’.  The defence have complained that these tapes are of extremely bad quality, and also show signs of having been edited. This poor quality is then used by the FSB ‘linguistic experts’ to enable them to hear what they want to hear.  For example, the word mamas, meaning prayer, is misinterpreted as being Hamas.

Russia’s use of Hizb ut-Tahrir charges for a conveyor belt of repression has received much too little attention from international human rights organizations and religious freedom monitors. Most bafflingly, this remained the case even after Russia unleashed the same repression in occupied Crimea, with the arrests, imprisonment and trial of four Sevastopol Crimean Tatars. It only really changed after the arrest of Kuku.  He had faced persecution, and even an attempted abduction, from soon after Russia’s invasion, and the Hizb ut-Tahrir charges seemed very obviously linked with his human rights work and refusal to be silent about FSB violations.  In fact, of the Yalta six, at least three men (Kuku, Aliev and Dzhepparov) were probably targeted because of their civic position or because (in Dzhepparov’s case) he refused to become an informer for the FSB.

This use of charges which carry sentences up to life imprisonment against people reporting on rights violations has escalated with at least five men arrested in the last year being members of Crimean Solidarity, a civic initiative to help political prisoners and their families.