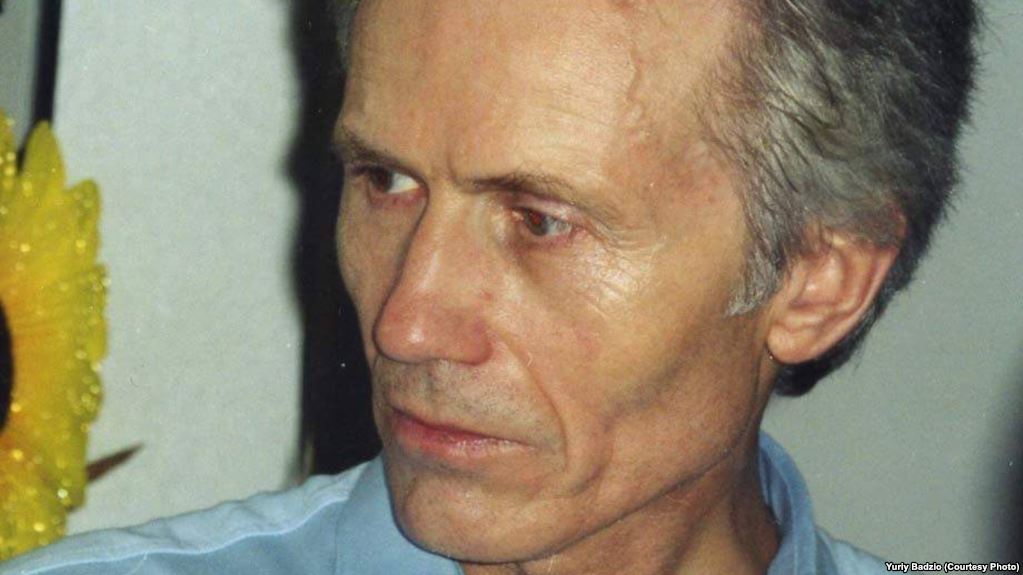 Yuri Badzio, one of the last political prisoners of the Soviet regime, has died in Kyiv, at the age of 82.  A moving tribute to him by writer and journalist Oleksandr Havrosh is aptly entitled ‘People without Fear’ and recounts how Badzio in 1987 refused to write a request for a ‘pardon’ from the then Soviet leader Mikhail Gorbachev.  He was forced, as a result, to spend almost two more years in exile in Yakutia, however later said that he didn’t regret this, since “there are situations where the main thing is moral victory’.

Badzio also refused to see himself as a victim of the totalitarian regime, asking: “How are we victims? We’re fighters, and we knew what we faced”.

Like Havrosh, Badzio was from Transcarpathia.  He was born in Kopynivtsi (Mukachevo oblast) on 25 April 1936, and studied Ukrainian Language and Literature, first in Uzhhorod, then in Kyiv where in 1964 he defended his PhD, and took up a position as research assistant at the Academy of Sciences Institute of Literature.

It was after coming to Kyiv that Badzio also became involved in civic activities, and was a member of the important ‘Club for Creative Young People’, the first informal organization to emerge during Nikita Khrushchev’s ‘Thaw’ which was to become the centre for the Shistdesiatnyky

Badzio was one of the people who took part, along with the great poet Vasyl Stus and others, in the public protest against the first wave of arrests of Ukrainian intelligentsia.  On September 4, 1965, a premier showing of a film by Sergei Paradzhanov turned into a public act of protest with many heeding a call to rise to their feet “in protest against tyranny”.   This may seem very little, but in those times it took courage and carried a serious price. Badzio was dismissed from the Institute of Literature, and was gradually deprived of any chance of finding work requiring an education.

For the five years before his arrest in 1979, he worked as a loader in a bakery.

In 1972, as a response to the second wave of political arrests, Badzio began writing his work “Pravo zhyty” [“The Right to live”] which upheld the right of the Ukrainian people to exist as an independent people.

He was arrested on 23 April 1979, with the charges linked, among other things, with the manuscript of the Right to Live.

Unlike the current regime in Russia, the Soviet regime at that time made no attempt to fabricate criminal charges.  Badzio was convicted by the Kyiv City Court of something termed ‘anti-Soviet agitation and propaganda (Article 62 § 1 of the Ukrainian SSR’s ‘criminal code’) and sentenced to the maximum term for a first ‘offence’ – seven years’ harsh regime labour camp, and then a further five years in exile.

He was to take part in political protests during his imprisonment, with his wife, the dissident Svitlana Kyrychenko and his children, subjected to persecution in retaliation.

He served out the entire term of imprisonment and three years of exile before he was finally freed in December 1988.  He had not written any appeal for a ‘pardon’ or similar.

He lived in Kyiv from his release, for many years actively involved in political and civic life, including for a while as leader of the Democratic Party of Ukraine, created in opposition to the Communist Party.