Crimean Tatar political prisoner to pay with his life for refusing to collaborate with Russia’s FSB? 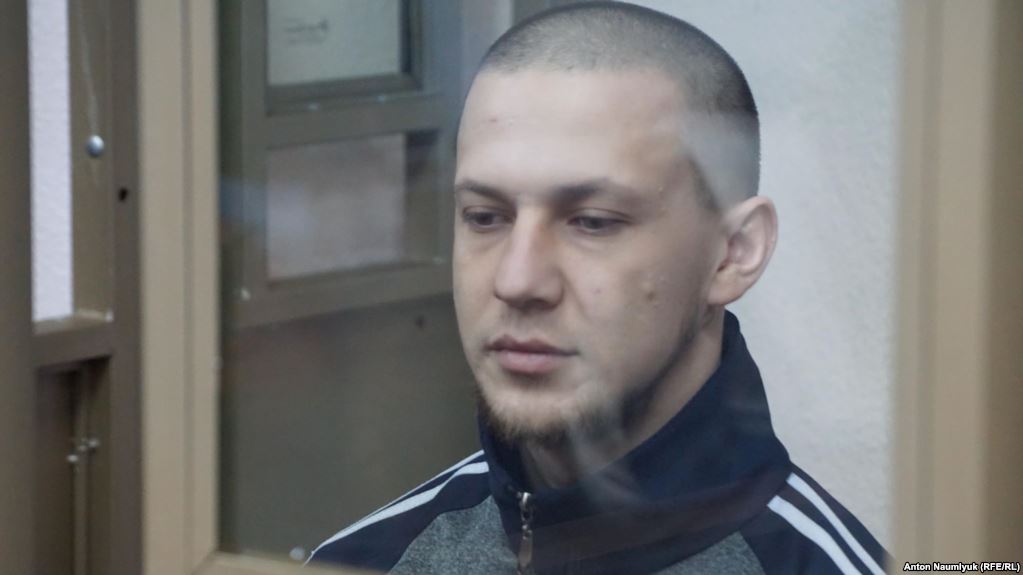 Arsen Dzhepparov, one of six Ukrainian political prisoners held in a Russian SIZO [remand prison] is being refused medical treatment despite alarming symptoms which could have fatal consequences.  His lawyer Aider Azamatov has lodged several complaints with the relevant authorities, and also appealed to Russia’s Human Rights Ombudsman to intervene.

Dzhepparov has been complaining for some time of severe headaches.  His blood pressure is too high, and that, together with numbness on the right side of his head and arm could indicate that a stroke is imminent.  He is clearly in urgent need of qualified medical care and a proper examination, yet his condition is being ignored in the Rostov SIZO.  Any request for help is reacted to with huge delays, and he is generally simply given a painkiller.

There are very strong grounds for believing that Dzhepparov was arrested on 18 April 2016 because of his refusal to act as an FSB informer.

Zarina Dzhepparova has recounted how three FSB officers turned up at her husband’s work around two weeks before his arrest.  One of the three was Alexander Kompaneitsev, a former SBU [Ukrainian security service] turncoat  who was involved both in an aborted attempt to abduct Kuku, who had long faced harassment for his human rights activities under the occupation regime.  Kompaneitsev was also present during the arrests of Kuku; Aliev; Bekirov and Siruk, and later openly threatened Bekirov that he would arrest his nephew, Refat Alimov, if Bekirov refused to give false testimony against the other men.  He is also known to have threatened a friend of Kuku what he should expect if he didn’t collaborate with the FSB.

During that first encounter with Dzhepparov, Kompaneitsev warned him that if he didn’t testify against the first four men arrested, he would lose his job. A week later, there was an even more ominous incident where the car Dzhepparov was driving was forced off the road near a traffic police checkpoint, and then subjected to a search by FSB men, one of them with a machine gun.  Dzhepparov was asked if he’d “thought about” what was demanded of him.  He repeated his refusal to collaborate and the traffic police officer, who had already erased the CCTV footage showing what had happened, then drew up the required protocol, stating that Dzhepparov was drunk with this resulting in a fine and loss of his licence.

It was a week later that the FSB arrived at their home, and began breaking down the door.  As with the previous armed searches, the FSB brought their own ‘official witnesses’, one of whom stunk of alcohol and the other was obviously drunk.  All the men were also gratuitously rough and boorish in their behaviour and threatened to ‘shut the mouth’ of Dzhepparov’s mother, who had become hysterical from panic.  Arsen and Zarina had said nothing to his mother about the threats.  She has high blood-pressure, and a blood sugar problem and they hadn’t wanted to frighten here.

Russia began persecuting people for alleged involvement in Hizb ut-Tahrir soon after the Russian Supreme Court in 2003 declared this peaceful pan-Islamist movement ‘terrorist’.  Hizb ut-Tahrir is not known to have committed an act of terrorism anywhere in the world and is legal in Ukraine and most countries. The Supreme Court kept the ruling secret until it was too late for Hizb ut-Tahrir or rights organizations to challenge it, and never provided a good reason for its decision.

This is the second ‘Hizb ut-Tahrir case’ against Ukrainian Muslims since Russia’s annexation of Crimea.  The trial has, up till recently, been as flawed as the first, however on 21 August, there was a new twist with the panel of ‘judges’ - presiding judge Nikolai Yurevich Vasilchuk, Valery Sergeevich Opanasenko and Stanislav Vladimirovich Zhidkov sending the case back to the prosecutor.  There had been a huge number of flagrant irregularities, including intervention by the FSB after one of the prosecution witnesses giving quite different testimony in court, however none of these had disturbed the judges.  Instead they decided that there were grounds for saying that Bekirov had organized meetings in the school where he was janitor, and should therefore face more serious charges of ‘organizing’ a Hizb ut-Tahrir group under Article 205.5 § 1 of Russia’s criminal code.  The other men are charged with ‘involvement’ under Article 205.5 § 2 with the sentence up to 20 years’ imprisonment.

These monstrous sentences, it should be stressed, are for unproven involvement in an organization which is legal in Ukraine, with the charges brought under the legislation of the occupying state, in grave breach of international law (for example, the Geneva Convention relative to the Protection of Civilian Persons in Time of War .

In declaring the ‘Yalta Six’ political prisoners, the Memorial Human Rights Centre referred to their prosecution on charges of supposed involvement in the Hizb ut-Tahrir movement as “among the so-called ‘serial’ cases in which the FSB obtains ‘high results’ (dozens of convictions) for minimum effort, practising mass persecution without any grounds”.