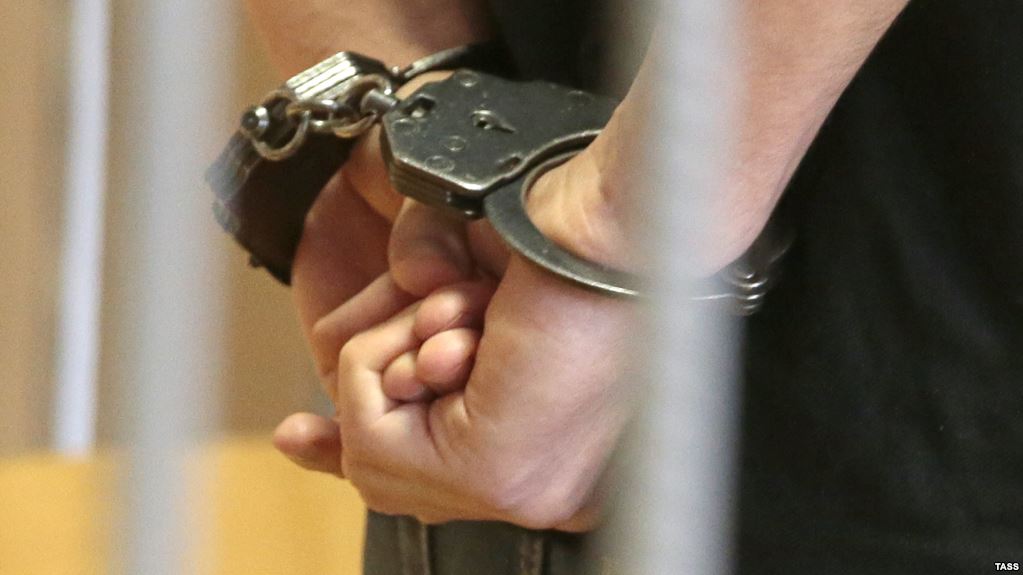 Ukraine’s Prosecutor General is reported to have handed Timur Tumgoev over to Russia, despite a halt on extradition from the UN’s Human Rights Committee issued because of legitimate fears that the 31-year-old Ingush would be subjected to torture if returned against his will. In their zeal to hand a Russian citizen over to a country holding at least 70 Ukrainian political prisoners, the Ukrainian authorities also lied in order to separate Tumgoev from his lawyer.

The move is especially shocking since Tumgoev risked his life for Ukraine in Donbas as part of the Chechen Sheik Mansur Battalion for the Defence of Ukraine, and has now knowingly been sent back to the country which is directly responsible for the military conflict.

His release came shortly after the UN Human Rights Committee ordered the Ukrainian authorities to halt Tumgoev’s extradition to Russia, pending consideration of his assertion that he would face torture if forcibly returned.  The appeal to the UN watchdog had been sent by Kharkiv Human Rights Group [KHPG] lawyers after all other avenues failed. These, it should be noted, including the European Court of Human Rights which did not agree to apply Rule 39 (which would have also halted extradition).

It was after his release, that Tumgoev joined the above-mentioned volunteer battalion which members of the Chechen and Ingush Diaspora in Ukraine and human rights groups believe the FSB almost certainly knew.

Tumgoev had also applied for asylum in Ukraine, asserting that he was facing persecution in the Russian Federation for his religious beliefs. He told Ukraine’s Security Service (the SBU) that he had been detained on numerous occasions in Ingushetia, and beaten by officers from the so-called Centre for Countering Extremism.  He asserts that the Russian police and FSB had tried to get him to act as an informer.  During one search they had planted some bullets, however the neighbours called in as witnesses refused to sign the search protocol.  After this, Tumgoev says, he left, first for Georgia and then for Turkey.  He had also told the SBU that he had come to Ukraine to join a volunteer battalion fighting for Ukraine against Kremlin-backed militants in Donbas.  Volunteer fighters had held protests outside the Kharkiv SIZO, protesting that Tumgoev had been taken into custody.

Ukraine’s State Migration Service ignored the huge weight of material presented on abductions, killings, torture and illegal imprisonment on political or religious grounds in the Northern Caucuses and turned down his application.

The Migration Service had earlier issued a document confirming that Tumgoev was an asylum seeker.  It was that document which was out of date that was used as pretext for detaining him.  It should be stressed that the UN Human Rights Committee’s order halting any extradition remained in force, and Tumgoev should have been safe and provided with the document confirming this.

Tumgoev had arrived in Kharkiv late on 11 September in order to extend this Migration Service document.  He was detained in the night but managed to contact his lawyer from KHPG, Volodymyr Hlushchenko, who was with him until 4 a.m.  At that point, the lawyer was told that Tumgoev was being taken to the police temporary holding centre and so he left, agreeing with Tumgoev that he would come to him at the centre the following day.

This proved to be a blatant lie, and Tumgoev has seemingly been handed over to the Russian authorities.  Whether the document used as authorization for this shocking act of betrayal can be called an ‘extradition order’ is surely in question, however the document is reported to have been signed by Deputy Prosecutor General Yevhen Yenin.

According to the documents provided by Russia’s Prosecutor General, an arrest warrant was issued in December 2015, on charges under Article 208 § 2 of the RF criminal code.  This envisages a sentence of up to 15 years for what is termed “participation in an armed formation, also participation on the territory of a foreign state in an armed formation not envisaged by the legislation of the given state, for purposes which run counter to the interests of the Russian Federation”.

He is purportedly suspected of involvement in a ‘radical formation in Syria’.  It is unclear what proof Russia has provided to substantiate this claim.  Without very hard evidence, caution seems warranted since Russia has brought charges under this very same article against the world-renowned veteran of the Crimean Tatar national movement and Ukrainian MP Mustafa Dzhemilev and the Head of the Crimean Tatar Mejlis (and MP) Refat Chubarov.  Both men were first banned from their homeland after Russia’s invasion of Crimea, and now face criminal charges of such “activities running counter to Russian interests’.  This was in fact pointed out by Chubarov who, back in 2017, interceded on behalf of Tumgoev.

On March 21, 2016, further charges were brought against Tumgoev of undergoing training aimed at carrying out terrorist activities (205 § 3); and taking part in an organization recognized as terrorist in Russia (205.5 § 2).  The latter of these two charges is the one being used to imprison over 30 Crimean Muslims for their faith and, in a number of cases, for their civic or human rights activism. Doubts about Russia’s motives in declaring it ‘terrorist’ are among the many reasons the Memorial Human Rights Centre declares all those sentenced merely on grounds of proven or alleged involvement in Hizb ut-Tahrir political prisoners.

This is not the first time over the last four years that the SBU and state bodies following its instructions have continued to collaborate with Russia’s FSB.  On this occasion, there are very real grounds for fearing that Tumgoev will be immediately subjected to torture, not least because of his defence of Ukraine, and it defies belief that Ukraine’s Prosecutor General’s Office would carry out such an extraordinary step.