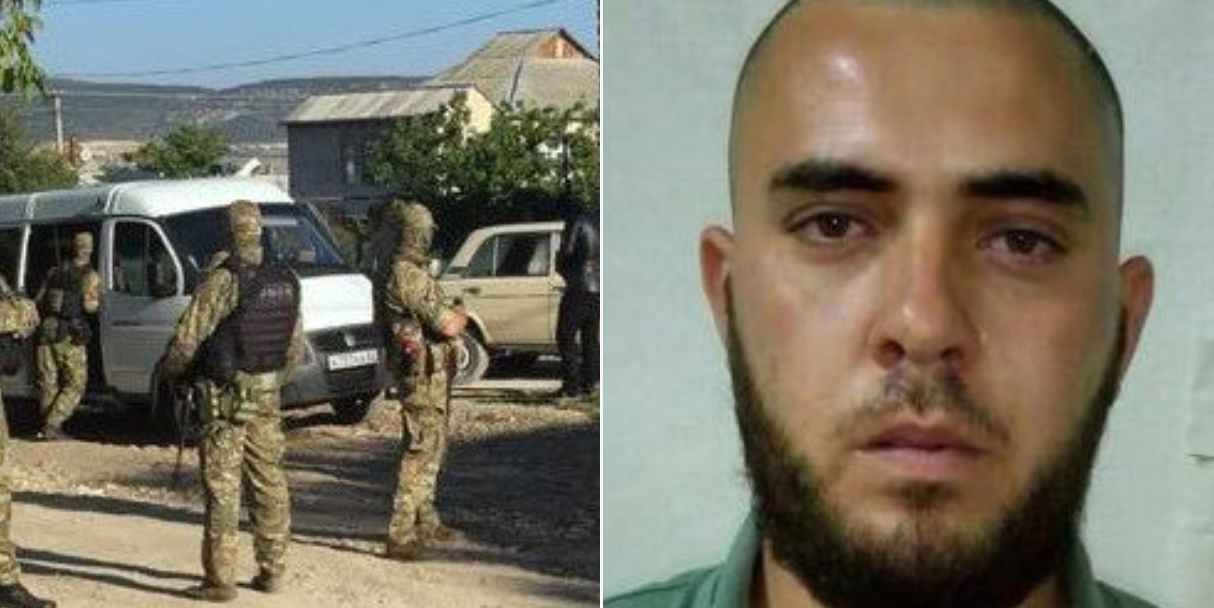 Crimean Tatar activist Osman Belyalov has been jailed for five days over VKontakte social media reposts from 2010-2011, only one of which remains online to this day.  This is the latest offensive against activists of the civic initiative Crimean Solidarity, with the Russian occupation authorities not even attempting to find a credible pretext.

There were two separate ‘court’ hearings at the Bakhchysarai City Court on 14 September, with Belyalov first jailed for five days under Article 20.29 of Russia’s code of administrative offences for something termed ‘mass circulation of extremist material’, and then to five days under Article 20.3 (propaganda or public demonstration of symbols or organizations banned by Russian federal laws.).  The two separate sentences seem to have been made concurrent meaning that the term of imprisonment is up till 20 September.

Belyalov has thus been jailed for videos reposted on VKontakte that date back three or four years before Russia’s annexation of Crimea.  According to his lawyer, Aider Azamatov, only one of the videos remained on Belyalov’s VKontakte page, with that video only having been watched eleven times over the last eight years.  Belyalov told the ‘court’ that if he had remembered the video, he would have deleted it a long time ago.

Azamatov is in no doubt that Belyalov was targeted because of the active role he plays in Crimean Solidarity.  There was, in fact, no real attempt to conceal this, with Belyalov questioned about the work of Crimean Solidarity and his links with Marlen Mustafaev, another well-known activist, who was detained and jailed for a repost on 4 September.  Belyalov is supposed to be a ‘witness’ in another, this time, criminal case initiated against Mustafaev for supposedly inciting enmity..

Belyalov’s own brother, Melel Belyalov is a political prisoner, one of six Crimean Tatars, most of them Crimean Solidarity activists, arrested on 11 October 2017.   Osman is caring for his own three children, his brother’s child and his parents, but has nonetheless actively helped the families of other political prisoners and attended ‘court hearings’ in political cases.

This latest offensive began, as has become standard, with a search on 13 September, carried out by a large contingent of police and Russian National Guard, many in masks and certainly armed, to search the Belyalov home.  Osman Belyalov was not at home, but his father was taken to the police station, though not held for very long.

A number of people came to near the Belyalov home to follow what was happening and show solidarity.  Two men – Selim Teifukov and Eldar Umerov – were detained, essentially for videoing this ‘operation’ on their mobile phones.  They were later released, but only after being illegally photographed and having their fingerprints taken.

There was concern for many hours when Osman Belyalov appeared to have disappeared after failing to arrive at his destination.  There have been several occasions where Crimean Tatars were taken away in similar situations and savagely tortured. It remains unclear what happened in Belyalov’s case, but he was not detained.

Belyalov was one of the men fined for gathering outside the Salaçıq [Salachik] Cultural and Ethnographic Café in Bakhchysarai where a search was underway and one of four Crimean Tatars was being arrested on 12 May 2016.  Two of the other Crimean Solidarity activists prosecuted for coming out in solidarity that day were arrested on 11 October 2017, and are now facing horrific sentences as part of Russia’s ‘conveyor belt’ prosecutors for unproven involvement in Hizb ut-Tahrir, a peaceful organization which is legal in Ukraine and most countries.

Russia is increasingly using ‘Hizb ut-Tahrir’ charges against civic and human rights activists, and especially against Crimean Solidarity.  It is likely that one of the main reasons is that such activists provide vital information, only streamed to the Internet, about armed searches, arrests and other forms of repression.

Crimean Solidarity activists arrested on Hizb ut-Tahrir charges and facing sentences of 10-20 years or higher include Server Mustafaev and Edem Smailov arrested on 21 May 2018; Marlen (Suleyman) Asanov; Timur Ibragimov; and Seiran Saliev in custody since 11 October 2017.

Civic journalist and Crimean Solidarity activist Nariman Memedeminov has been imprisoned since 22 March.  The FSB are claiming that videos posted on YouTube in 2013, well before annexation, fall under Article 205.2 § 2 of Russia’s criminal code – public calls to carry out terrorist activities, public justification of terrorism or propaganda of terrorism.  In one of the videos, Memedeminov condemns Russia for persecuting Muslims.  In another, he expresses his views about the revival of the Khalifate.

At least two other Crimean Solidarity activists Gulsum Alieva and Marlen Mustafaev are not imprisoned, but are facing criminal charges on ‘incitement’ charges.  In 21-year-old Alieva’s case at least, these are based solely on a reposted image.