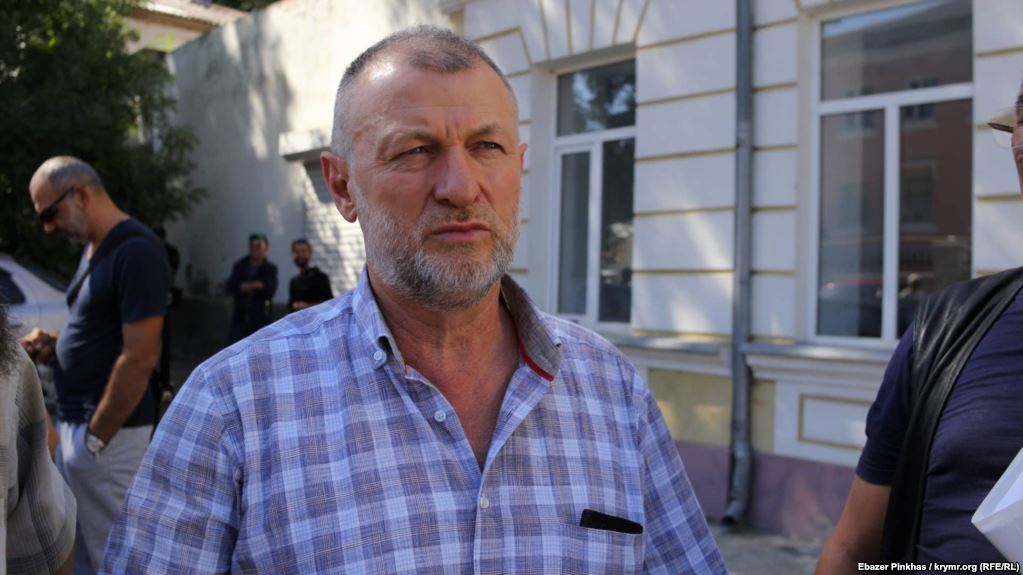 A distinguished urological surgeon in charge of the Urology Department at Feodosia City Hospital has been prosecuted in Russian-occupied Crimea for ‘possessing and circulating prohibited extremist literature’.  Smail Temindarov was in all seriousness charged over material found in the hospital’s prayer room which was completely open to the public, as well as over supposed ‘disorder’ in the hospital found in the fact that there is such a room for Muslims to pray in.  The prosecution has been condemned as the latest attack on members of the Crimean Tatar intelligentsia, and is also clearly discriminatory against Muslims.

The FSB and officials from the de facto prosecutor’s office turned up at the Urology Department on 29 July 2018.  Their ‘check’ and search were purportedly prompted by a complaint from a patient about the existence in the hospital of a Muslim prayer room.  This outrageous objection to others being offered the opportunity in a hospital to pray in private should have been ignored.  Instead, ‘a check’ was  carried out, with this including a search of the prayer room and removal of books, which had been approved by the Spiritual Directorate of Muslims before 2014. These were deemed to be ‘extremist’.

Charges were brought against Temindarov under Article 20.29 of Russia’s code of administrative offences (‘mass circulation of extremist material, included in the federal list of extremists materials, as well as its production or possession for the purpose of mass circulation’).

This was clearly the only formal charge, yet during the hearing at the Russian-controlled Feodosia City Court, the de facto prosecutor Anton Karpov also accused Temindarov of ‘disorder in his department’ for there being such a prayer room.

The ‘court’ was told that the prayer room had been opened around 15 years earlier, at the request of believers.  As the Imam of Feodosia pointed out, both Christians and Muslims have the right to a place of worship.

Russia began carrying out armed searches of Crimean Muslim schools (madrasa), mosques and private homes within months of its invasion and annexation of Crimea, with such administrative prosecutions brought for possessing Muslim literature from the list of prohibited ‘extremist literature’ in Russia.  There is no such list in Ukraine, and the literature in question was always widely available in Crimea.

In the case of the material found at the Feodosia City Hospital, this had been issued prior to 2014 by the Spiritual Directorate of Muslims of Crimea, and signed by its deputy head Aider Ismailov.  The latter, together with the Mufti of Crimea, Emirali Ablaev, have since begun collaborating with the occupation regime.  One of the Ukrainians present at the ‘hearing’ on 20 September asked in this context whether prosecutions for ‘extremism’ would now be brought against Ismailov and the entire management of the Spiritual Directorate.

The idea may be absurd, but that is no reason for finding it inconceivable under Russian occupation.  A large number of Crimean Tatar activists have been prosecuted, even jailed for posts or reposts on social medial far predating Russia’s annexation of their homeland. In this case, it would be the Spiritual Directorate’s collaboration with the occupiers that would protect them, not the surreal nature of any charges.

Abdureshit Dzhepparov, Coordinator of the Crimean Contact Group on Human Rights, told Krym.Realii that this latest prosecutor of a doctor on charges of ‘circulating extremist material’ is yet another example of pressure being brought to bear on the Crimean Tatar intelligentsia.  He recalled the recent attempt to bring charges against Ariye Kenzhalieva, a Crimean Tatar poet, for a poem rejecting the open militarization and effective celebration of war on Victory Day in occupied Crimea. Dzhepparov fears that this is a new trend, with persecution not only of activists, but of the intelligentsia – “people who simply do their work, but are also publicly respected figures”.