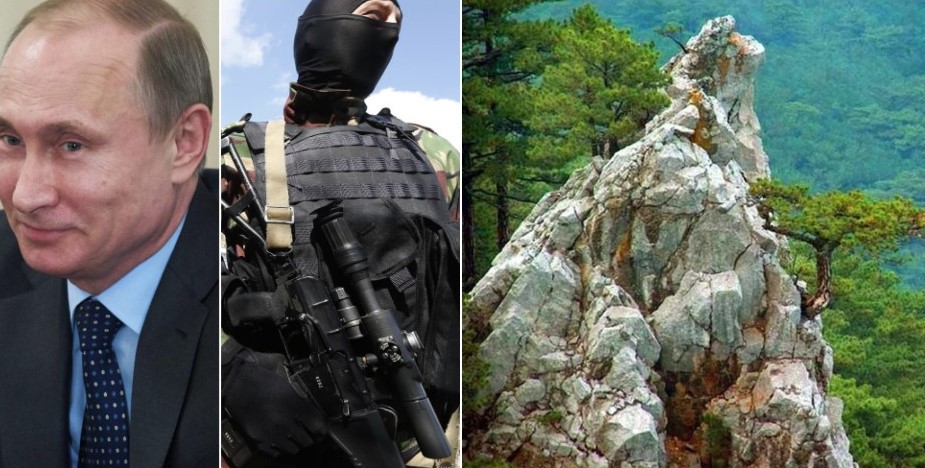 A Russian government resolution has illegally ‘abolished’ a number of nature reserves in occupied Crimea and has carved up Ukraine’s oldest reserve with some taken away and most of what remains receiving only ‘recreational’ rather than ‘reserve’ status.  This is not a small loss: the hectares that have been removed are of the size of all forests surrounding Kyiv and are to be used for elite government dachas.

The NGO Environment, People, Law reports that this is not the first plundering since Russia’s annexation in 2014.  In 2015, the Crimean Natural Reserve was ‘handed over’ to the Federal ‘Crimea Complex’ which is part of the Department of Affairs of the Russian President.   This was, essentially, a reversal to Soviet times when the reserves were taken over to be used for elite hunting safaris.  The reserve only regained the status it had enjoyed as a real nature reserve, where all hunting, etc. is prohibited,  after Ukraine’s Independence in 1991.

Russia tried to transfer the Crimean reserves to under the jurisdiction of the Russian Ministry of Natural Resources after annexation, but was stopped by Sergei Aksyonov and his  ‘government’ installed by gunpoint in February 2014.  The excuse given was that they needed to carry out an inventory and review of their list. In fact, EPL notes, Aksyonov had long wanted to syphon away 700 hectares from the Yalta Mountain and Forest Reserve, but been unable to before Russia’s invasion and annexation.

Attempts to resist subordination to the Ministry of Natural Resources eventually failed, however this has not helped the situation and the moves now taken are nothing short of catastrophic.

As is often the case, a layperson, looking at the Russian Government Resolution No. 1091, passed on 13 September, would not understand the devastation that it will bring.

EPL has scrutinized the planned ‘restructuring’ and found that the Cape Martyan Reserve [Заповідник Мис Мартьян] and 11 other reserves have been abolished altogether.  The area of the Yalta Mountain and Forest Reserve has been reduced by 36.5 hectares.

The Crimean Nature Reserve, which was first established 100 years ago, in 1918, has now been abolished.  The creation of a much smaller reserve and a national park mean that 89.5 hectares have been lost altogether, while most of the former reserve has now been given ‘recreational’ status, rather than reserve, with this inevitably resulting in considerably less protection.  Only Karkinski and the Small Phyllophora Fields reserves, which are on a water area bordering mainland Ukraine, will continue to have reserve status.

The effect is thus that 89.5 hectares will provide elite dachas for Russian President Vladimir Putin’s cronies, while the rest will, as in Soviet times, be available for raising animals for hunting ‘recreation’.  And all of this is on illegally occupied territory and in fragrant breach of international law.

Like the devastation Russia has caused the Khan’s Palace in Bakhchysarai*, the destruction to the natural environment and the animals and birds inhabiting it, is likely to be irreversible.