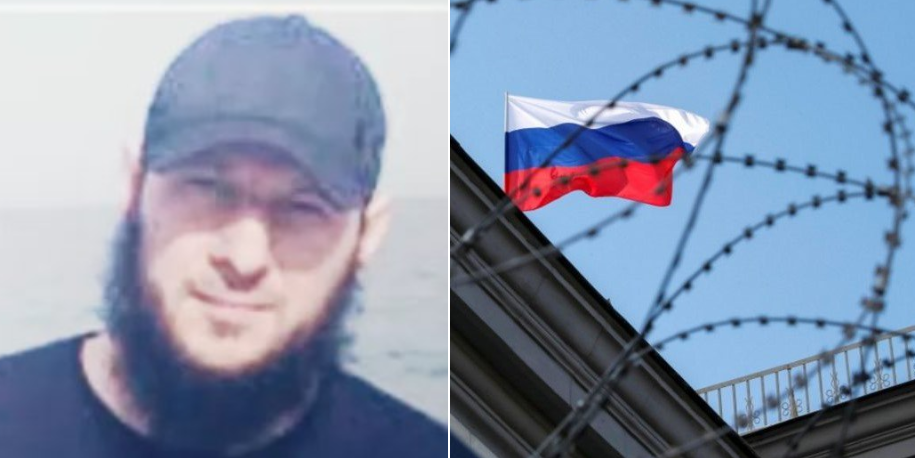 Timur Tumgoev, who was illegally handed over to Russia on 12 September, has reportedly been savagely beaten up in a Russian detention unit [SIZO] and is threatened with a sentence of up to life imprisonment.  He was handed over to a country waging undeclared war against Ukraine despite having fought for Ukraine in Donbas, and despite the Russian FSB having provided no evidence to back its allegations against Tumgoev, who was seeking asylum in Ukraine.

The Swedish NGO Vayfond has been informed by Tumgoev’s relatives that they managed to speak to him by phone while he was in SIZO No. 2 in Pyatigorsk before being sent on, he believed, to Vladikavkaz.  They report that he had been beaten so badly that he had partially lost his memory.  He pleaded for any help possible, and told them that he was facing from 15 years to life, but did not say on what charges.

As reported, Tumgoev was handed over to Russia on 12 September, despite a halt on extradition having been issued by the UN’s Human Rights Committee.  After initially trying to claim that this was part of an ordinary exchange of ‘criminals’ between Ukraine and Russia, the Prosecutor General Yuri Lutsenko finally admitted that Tumgoev, as a person who had fought for Ukraine, could have been handed over “by mistake” and promised a proper investigation.

Well-known journalist Yuri Butusov has spoken with people at the Prosecutor General’s Office about the course of the investigation, and reports on what is already clear.

The Tumgoev file does not contain even one document that would confirm that Tumgoev was linked with the so-called Islamic State.  There is only the Internet Red Notice, written by Russia’s FSB, no more. Yet Tumgoev was held in detention in Ukraine for a full year before being released (only because of a time limit in such cases) and was later handed over to Russia.  It should be stressed that the UN Human Rights Committee issued its halt on any extradition because of fears that Tumgoev would face torture if extradited to Russia.

Butusov has noted, although without going into any detail, that there are grounds for believing that certain employees of the prosecutor’s office, the SBU [Security Service] and Migration Service were instrumental in Tumgoev’s handover to Russia out of venal motives.   There have been suggestions earlier that the FSB pays for illegal help in handing over Russian citizens.

It was clear even before this investigation began that there have been serious procedural infringements.  Tumgoev was awaiting the review of a cassation appeal against an appeal court ruling.  This, and the UN Human Rights Council’s decision, should certainly have precluded any ‘extradition’ to Russia.  This was doubtless the reason that Tumgoev’s lawyer, Volodymyr Hlushchenko from the Kharkiv Human Rights Group was tricked into leaving Tumgoev who was supposed to be taken only to a detention centre for the remainder of the night (the lawyer left him at 4 a.m.)

The claim made earlier by Lutsenko about supposedly standard exchanges of prisoners is also false, Butusov notes, pointing out that Tumgoev is the only Russian citizen to have been handed over to face charges of ‘terrorism’.

This is while Russia has refused to return at least one former Donbas militant leader despite the strongest of evidence that Vadim Pogodin both ordered and himself took part in the torture and killing of Stepan Chubenko, a 16-year-old schoolboy, whom they seized because of the ribbons in the colours of the Ukrainian flag on his rucksack.

Pogodin and two other men have since been sentenced in absentia to life imprisonment for the murder, but even before that trial, there was ample proof, and even the findings of a militant investigation, to warrant his extradition from Russian-controlled Crimea.  Instead, Russia refused to hand him over, and is believed to have since granted him Russian citizenship.

Butusov points out that Russia grants “totally immunity to all those who fight against Ukraine, and all prosecutor’s office and SBU employees are well aware of that”.

Those who played a direct role in handing over Tumgoev have been identified, and summoned for questioning.  According to Butusov, Tumgoev complained of attempts to extort money in return for terminating the case, with this also needing to be investigated.

Butusov is surely right in demanding criminal prosecution for those responsible for  Tumgoev being sent back to a country where his very life could be in danger, not least because of his defence of Ukraine in Donbas.  It remains to be seen whether the culprits are held accountable.

News that Tumgoev had been handed over to the FSB was confirmed by the evening of 12 September.  By 13 September, a public statement had been issued by the Chechen Sheik Mansur Battalion for the Defence of Ukraine, confirming the Tumgoev had fought in Donbas as part of this battalion.

On 17 September, a protest outside the Prosecutor General’s Office turned violent, with a number of police officers reported to be injured.  On that same day, Lutsenko held a briefing where he claimed that Tumgoev had been extradited to Russia legally and in accordance with international procedure.  He asserted that this was not some terrible precedent, and continued by talking about the extradition of ‘criminals’ from Ukraine to Russia being normal procedure.

He acknowledged that Tumgoev had been in detention “for a while”, but that he had had two years to either go to a third country or inform the authorities that he had taken part in the fighting.

Tumgoev was in fact held in detention for a year and only released when the law did not allow them to hold him any longer.  It was after his release that he joined the battalion in Donbas.

There were at least two compelling reasons for not informing the authorities that he was fighting for Ukraine.  Lutsenko tried to blur the fact that Tumgoev was an asylum-seeker.  As such, he was unable to admit to taking part in the war, even though he was fighting on Ukraine’s side.  The other reason was that such involvement would make it even more dangerous for him to be returned to Russia.  As was demonstrated, Ukraine’s authorities could not be trusted not to forcibly return him.