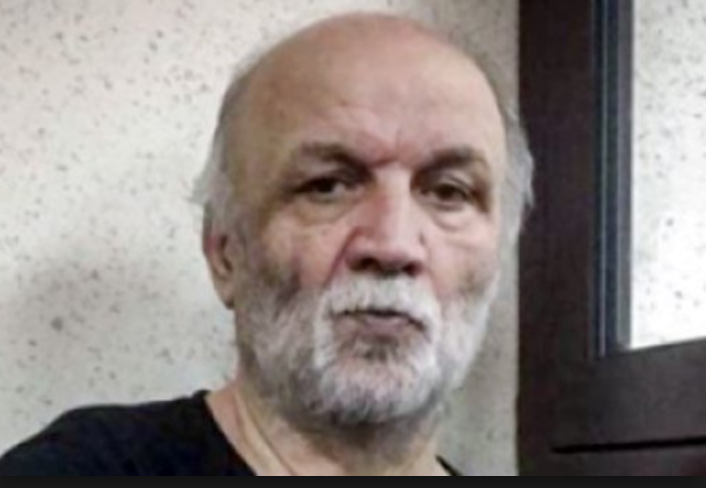 65-year-old Asan Chapukh has finally been released from the notorious Simferopol SIZO [remand prison] although only under house arrest, with symptoms that independent doctors believe indicate a stroke.  It took a hunger strike in protest at the failure to provide any medical care before the prison authorities even hospitalized him, despite clear evidence over months that the 65-year-old’s life was being placed in jeopardy.  57-year-old Bekir Degermendzhy remains in the SIZO medical unit despite severe bronchial asthma which, even according to Russian regulations, should have prevented his detention.

Meanwhile Russia’s Investigative Committee is still using any excuse, however unconvincing, to conceal video footage showing the attempt to arrest 83-year-old Vedzhie Kashka at the same time as Chapukh and Degermendzhy. Since the world-renowned veteran of the Crimean Tatar national movement died just moments later, this secrecy only compounds suspicions that her death was the direct result of unwarranted force, including a blow from the butt of a rifle, used by the members of the Russian ‘National Guard’ involved in the ‘special operation’ against an 83-year-old.  The National Guard itself has refused to release any information, claiming, without a shred of credibility, that this secrecy is justified by ‘the fight against terrorism’

Vedzhie Kashka had lived through the Deportation, exile and Soviet persecution for upholding her people’s right to live in their homeland.  She had already been summoned for interrogation once under Russian occupation, although back in December 2014, the FSB officers at least showed some embarrassment for their part in harassing her.

This had changed by 23 November 2017.  On that day, Russia’s FSB, OMON and National Guard officers took part in an operation which killed Vedzhie Kashka and during which four respected members of the Crimean Tatar community Chapukh; 57-year-old Bekir Degermendzhy; Kazim Ametov (now 60); and Ruslan Trubach (52)  were arrested.

After consistent failure by the occupation regime to investigate the circumstances behind Vedzhie Kashka’s death, her family asked lawyer Nikolai Polozov to carry out an independent investigation.  It took repeated efforts, and a court application to finally force them to show him the material of the ‘check’ carried out over Kashka’s death.

This states that Turkish national Yusuf Aitan had handed Kashka 60 thousand roubles (just over 900 USD), which the officers involved in the ‘operation’ tried to take from her.  This was seemingly with a protocol recording the removal, though her signature is not on it, and the report states that she refused to hand the money over.  It also says that the sharp deterioration in Kashka’s health happened at this point.

The ‘special operation’ was on grounds that bear absolutely no scrutiny.  Aitan is a Turkish national who had been friendly with Vedzhie Kashka’s granddaughter and who had borrowed seven thousand dollars from the family.  Since he was refusing to return the money, Vedzhie Kashka had asked Degermendzhy, Chapukh and Ametov to help her get her money back.  This, the FSB decided to claim, was an attempt at ‘extortion’.  This is despite the fact that Aitan had signed a piece of paper acknowledging receipt of the Kashka family’s money.  In their efforts to come up with an economic ‘crime’, the FSB have tried to claim that the receipt was given ‘under pressure’ and that he had been ‘threatened’.

Four men have remained in custody ever since, although there have been no ‘investigative activities’, nor, in fact, could there be.  Chapukh appears to have sustained at least a partial stroke soon after his arrest, and had spent most of the time in detention with one side of his body effectively paralyzed.  Over recent months, his blood pressure had been alarmingly high and he has long complained of serious headaches.

The situation is no better for Degermendzhy.  During one ‘hearing’, he needed to sit with an oxygen mask, yet the ‘judge’ still extended his detention.