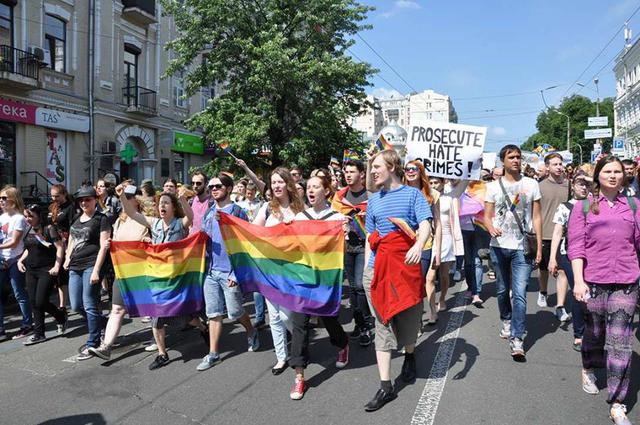 Oleksandr Vilkul, a former Deputy Prime Minister during the Victor Yanukovych regime and now an ‘Opposition Bloc’ MP, has proposed imposing administrative and criminal liability to so-called ‘propaganda of single-sex relations’.  He follows an ignominious tradition of Ukrainian MPs who have tried to inculcate Russian repressive legislation in Ukraine, though the ‘punishment’ he proposes seems even more draconian than in Russia.

The bill, tabled in the Verkhovna Rada on 9 October, purports to be aimed at “strengthening protection of public morality, the defence of the family and traditional family value, as well as strengthening social defence of the family and children”.  Vilkul wants to exclude the terms ‘gender identity’, ‘sexual orientation’, etc. from Ukrainian legislation, and to impose fairly steep fines on individuals, and especially high fines on legal entities or officials for dangerously ill-defined ‘propaganda of single-sex relations’.  If whatever this was deemed to be was repeated, there would be criminal liability – from brief custodial arrest to up to 5 years for ordinary citizens, and up to six years for officials.

Vilkul is the sole author of a bill that seems unlikely to pass, although there would be a significant percentage of Ukrainian society who might well support at least the basic premises.

A recent petition which asked for measures to be taken to stop propaganda of homosexuality and to defend family values was supported by various churches and religious organizations.  It had received 23 thousand signatures when deleted from President Petro Poroshenko’s website on 28 March 2018.  Ukraine’s Ombudsperson on Human Rights, Non-discrimination and Gender Equality Aksana Filipishyna had demanded its removal as containing “calls to restrict human rights and elements of incitement to restrictions on the basis of sexual orientation and gender identity (belonging to the LGBT community).”

That move was also highly controversial with Maksym Vasin, Head of the Institute for Religious Freedom, seeing the petition’s removal as an infringement of the European Convention on Human Rights which guarantees freedom of expression.

While Equality (or Gay Pride) Marches have passed without serious incidents in Kyiv for three years now,  there has always needed to be considerable secrecy beforehand and police presence.  The reaction by law enforcement agencies to homophobic attacks by C14 and other far-right groups also remains inadequate.

Any such law would be in breach of moves that Ukraine made as part of the EU-Ukraine Association Agreement regarding LGBT rights.  This is unlike to disturb Vilkul who was part of the government under Yanukovych when the latter tried to renege on the agreement over European integration, thus sparking off Euromaidan.  It would undoubtedly worry other MPs.

They would surely also find it difficult to support a bill so obviously imitating Russia’s discriminatory legislation in this field.  Previous attempts made to introduce similar measures in Ukraine have been made by odious figures like Vadim Kolisnychenko, now living in hiding in occupied Crimea or Russia.

Up till now there have been attempts by Russian politicians to push ‘legislation’ similar to that in Russia in the Russian-controlled ‘Luhansk and Donetsk people’s republics’, and occupied Crimea has become an extremely dangerous place for members of the LGBT community.

The Memorial Anti-Discrimination Centre recently published a harrowing account of torture by the police from a member of the LGBT community in Crimea who was forced to flee the peninsula in the autumn of 2014. The man, who identified himself only as Oleksandr, said that other members of the community have either left, or have ‘gone underground’.