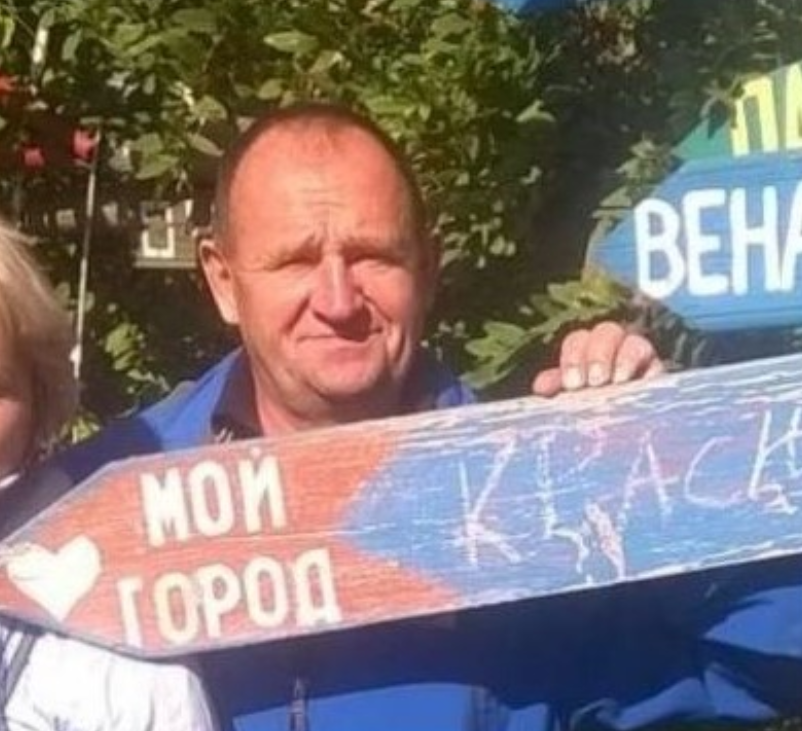 Having a car or wealthy relatives can get you abducted in the Russian proxy ‘Luhansk people’s republic’ [‘LPR’] and held hostage.  In some cases, the ‘LPR ministry of state security’ claim that their victim was a Ukrainian SBU [Security Service] ‘agent’.  Often, however, the person just disappears.  Nothing has been heard about the fate of Oleksandr Sahaidak since he was seized, almost certainly by the same people who have been holding his son prisoner for a year and a half.

The Kharkiv Human Rights Group learns of around three to seven abductions on occupied territory of the self-proclaimed ‘Luhansk and Donetsk people’s republics’ on average every month.  A number of the people abducted have been killed.  In October 2017, for example, the body was found of 25-year-old Serhiy Dmitrenko.  He had worked for a taxi company in Luhansk and disappeared in the early evening of January 7, 2017 after responding to a call for a taxi and taking the people to their destination.  His family searched everywhere and also reported his disappearance to the so-called ‘military prosecutor’.  Three other young taxi drivers disappeared in July 2016, with the body of one of the men, 27-year-old Dmytro Krylov found the next morning.  It is not clear what the cause of death was, but the fact that there were no knife or gunshot wounds possibly suggests that this was no ‘ordinary’ armed robbery.  All three men’s cars were found in different parts of the city.  They had vanished between 22.00 and 23.00, which is around the time that the militant-imposed curfew begins.  Although they all had permits to work during curfew hours, there are reports that only the most daring of taxi drivers risk working at night in LPR.

Others abducted in ‘LPR’ have either been people whom the so-called ‘ministry of state security’ would view as well-off, or people who had made their views of the ‘republic authorities’ clear.

As reported, the recent abduction of 58-year-old Oleksandr Sahaidak was particularly chilling as it followed the disappearance of his son, Roman a year and a half earlier.  Roman’s sister, Anna Slastnikova, has revealed what information the family has about her father’s abduction.

Oleksandr Sahaidak was at home alone at around 10.30 on 15 October, talking on the telephone with her brother’s girlfriend.  It was the latter who told his family what she could about his disappearance.

During their conversation, Oleksandr had mentioned that there was a red Volkswagen parked near their courtyard.  He was worried as the car had been stationary for a long time, though nobody was getting out, and said that he would go and have a look, to check that the driver was OK.  He promised to ring back but didn’t, and did not answer her calls.

The young woman understood that something was wrong and went to the Sahaidak parents’ home.  She saw the same red Volkswagen, however this swiftly moved off when she began walking up to it.

Slastnikova now knows that her father was forced into that Volkswagen, with a bag put over his head (just as his son had been in June 2017).  One of the men was in the uniform worn by the so-called LPR police.

There were some witnesses of the actual abduction, but they are too frightened to talk about what they saw openly.  They quite realistically fear for their life if they speak out.

Slastnikova’s mother had been at the latest ‘court hearing’ into the trumped-up charges against Roman Sahaidak.  She was taken ill when she arrived home and learned what had happened to her husband and needed to be taken to hospital by ambulance.  She is now undergoing treatment in the hospital’s cardiology unit.

Slastnikova believes that her father’s abduction is linked with that of her brother’s.  The ‘LPR’ have now decided to accuse him of ‘spying for Ukraine and planning terrorist acts’, and may be hoping that his father’s abduction will force Roman to ‘admit to’ crimes that he did not commit.

The militants don’t want to release her brother, but have nothing against him and have changed the charges against him five times already.

The militants in the meantime have extracted any money and property that the family had, with the parents at first doubtless hoping that this was a ransom that would secure Roman’s release, and later probably just frightened that he would be in danger if they didn’t hand whatever they had over.

Roman’s mother has been at all the supposed court hearings, and says that at the last one, those few witnesses willing to speak in Roman’s defence arrived at the ‘court’ covered in bruises.   They later explained that the day before, they’d been forced into a car with bags over their head and taken far away, beaten and told they must testify against Roman.

“My family is exhausted, morally and psychologically.  This year and a half of struggling for my brother’s release .. and now this new misfortunate.  If the terrorists were bent on destroying my family psychologically, they’ve achieved their aim…  At present we don’t even know whether my father is alive.  We didn’t hear anything about Roman for a month”.  Slastnikova is adamant that she can’t give up, that she must secure the release of her father and brother, yet she has no idea where else to turn.  Her brother has long been on the SBU’s exchange list, however the Russian-controlled militants are in no hurry for any further exchanges.

Nothing has been heard of Oleksandr Sahaidak for two weeks now, and it is not even clear

As reported, Roman Sahaidak was stopped on June 30, 2017 by armed men in military gear who forced him into their car. The following day, men saying that they were ‘from the ‘LPR ministry of state security’ appeared at his flat and carried out a search, taking away everything that could be removed.  The same thing happened at the home of his parents.

His parents later turned to this so-called LPR ministry and were told that nobody knew anything and that he was not on the list of people detained.  The militants did, however, hint that he could be in the “ministry of state security’s internal security service’ which is subordinate only to Moscow.

As is often the case when people are taken hostage, his family initially tried to keep silent, fearing that any publicity could place his life in danger.  It was Slastnikova who was convinced that publicity was the only answer and approached the media.  It was only after the abduction was reported by KHPG and the media that his parents were allowed to at least see their obviously beaten son.

This case has obviously criminal elements to it. The family found witnesses who reported that four masked men and a man in civilian clothes had driven up with machine guns at around 16.00, put a bag over his head and pushed him into the car before driving off.  The man in ordinary clothes appears to have been Oleksandr Ryasnoy, Sahaidak’s business partner.  Ryasnoy had tried to get Sahaidak to sell his part of the business, but had offered a very bad deal and Sahaidak refused.

Ryasnoy also appeared the next day during the ‘searches’ and told Roman’s father that his son would be released if they came up with 20 thousand dollars. Slastnikova says that her father could only raise 16 thousand which he handed over, while asking for extra time to find the rest.  Ryasnoy took the 16 thousand but said he couldn’t wait for the rest, and they therefore wouldn’t see their son again.

It is probable that the publicity helped at least keep Roman Sahaidak alive, with the militants then trying one charge after another.

They initially tried to charge him with a terrorist act that took place a week after he was seized. Once again, it was the publicity that made them understand that this would not wash, and they then apparently tried accusing him of ‘fraud’ or, alternatively, ‘extortion’ with respect to Ryasnoy.  Now they appear to have returned to the more standard ‘spying’ and ‘terrorism’ charges. 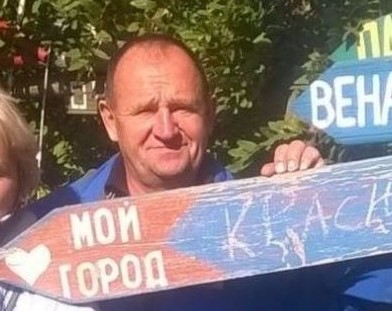