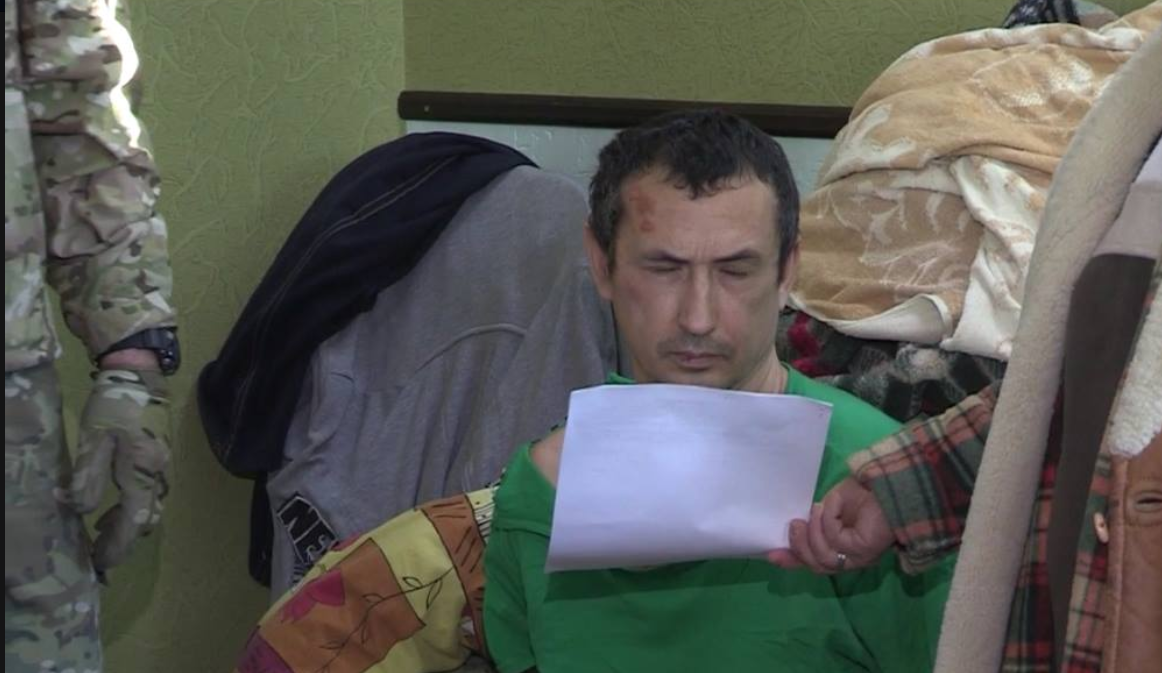 A Russian-controlled ‘court’ in Crimea has refused to release Yevhen Karakashev from custody despite serious health issues and suspect charges over VKontakte social media posts, one of which was in 2014.  The 40-year-old left-wing anarchist has been held in custody for 10 months by now and has, without any court verdict, been added to Russia’s ‘List of Extremists and Terrorists’, a list which already includes a large number of Russia’s Ukrainian political prisoners.

It was Crimean ‘High Court judge’ Timur Slezko who rejected the appeal against Karakashev’s detention on 1 November, after insisting on holding the hearing behind closed doors.  Slezko claimed that such secrecy was required because of “the socio-political situation and the threat of terrorist acts”.  Unsurprisingly, he did not attempt to find grounds for these assertions.  For now, the period of detention is until 30 November, however, there is nothing to suggest that justice will prevail after that date.

Karakashev has long complained of health problems, but his and his lawyer Alexei Ladin’s requests for a proper examination and any treatment required had long been ignored.  Karakashev, who has a medical education, believes that he suffered a hypertensive crisis during the last weekend in October, and the doctor who finally took his blood pressure, appears to have understand that at least this should not be ignored.  That, however, does not mean that Karakashev will be released, or receive proper treatment.  For the moment, the doctor is only providing tablets to lower the blood pressure without treating the cause.

Plain-clothes officers burst into Karakashev’s home in Yevpatoria on February 1 this year,  forced him to the floor, with his arms behind his back in handcuffs.  A search was carried out of his home, and he was taken away and remanded in custody the following day.  There was a long period in police custody before he was able to phone a friend and ask for a lawyer to be contacted, and it seems likely that the multiple abrasions and other injuries were sustained during that period.  The ‘investigator’, Allgiz Abushev was later unable to remember how long Karakashev had been held in handcuffs.  In remanding him in custody on 2 February, ‘judge’ Alexei Nanarov saw no need to question the prominent abrasion on Karakashev’s forehead, and the police have since refused to initiate proceedings over the detained man’s injuries.

Karakashev first attracted Russian FSB attention in the summer of 2016 when a group of Crimean anarchists were prevented by police from holding a picket outside the FSB office in support of  fellow anarchist Oleksandr Kolchenko and other political prisoners.

The charges laid are under Article 282 § 1 of Russia’s criminal code (inciting enmity) and 205.2 § 2 (public calls to terrorism. The latter charge carries a sentence of up to seven years.

These charges, however, appear to be based solely on social media posts.

One of the posts on VKontakte was a video entitled the last interview of the Prymorsky Partisans, in which the ‘partisans’ explained the reasons – the brutality and corruption entrenched in the Russian police force – for their declaring war on the police.  The video was declared ‘extremist’ by a Russian court, with the latter claiming that it “incited enmity to a particular social group’ and, seemingly, that it called to terrorism.

There was also, allegedly, a text in January 2017 on a chat involving 25 people which is claimed to have contained elements of ‘propaganda of the ideology of violence’ and ‘calls to carry out terrorist activities’.

Karakashev was one of five Crimeans to be added to Russia’s ‘List of Terrorists and Extremists’ in September this year, essentially for expressing their opinion.  The others were Elina Mamedova, a young Crimean Tatar woman charged with ‘inciting hatred towards Russians’ in three social media reposts from 2014 and 2015; Ismail Ramazanov;  Larisa Kitaiska and Valery Bolshakov.