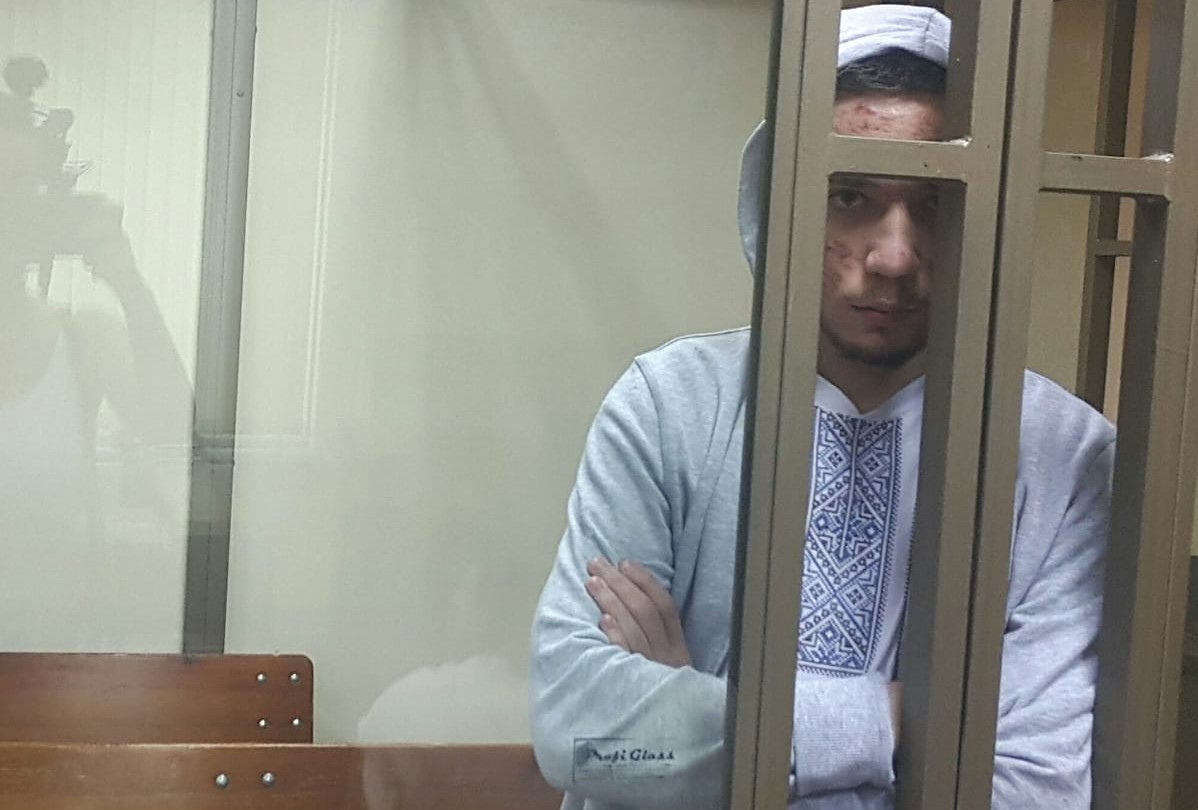 Only a month after the Russian prison authorities finally allowed Pavlo Hryb to receive the medication that he needs for a potentially life-threatening medical condition, the medicines have disappeared while the 20-year-old was being moved between remand prisons.  According to Ihor Hryb, everything is being done to make his son’s life as difficult as possible in Russian detention.  Given the danger to his very life in prison conditions, where there would be nobody to treat him in a medical emergency, such manipulations with medication may well be aimed at putting further pressure on the young student, who has thus far refused to ‘cooperate’ with the investigators by admitting to something he didn’t do.

Hryb’s ‘trial’ is due to recommence at the court in Rostov on 6 November.  It began on 23 July this year, but was immediately adjourned for the Krasnodar prosecutor to correct a basic mistake in the indictment, namely that the prosecutor had cited the old version of the Russian criminal code.  In fact, other important failings were identified during that first hearing which should, but may not, be rectified.

Hryb’s lawyer Marina Dubrovina explained after the hearing that the correspondence between the then teenaged Hryb and his 17-year-old Russian friend, Tatyana, was not provided in the original Ukrainian, but in a supposed translation into Russian.  When he was first presented with these alleged fragments of the correspondence, Hryb immediately stated that he could not say what was true, and what was falsified, but said that “we did not speak about that”.

Since Hryb himself had never set foot in Russia and no terrorist act was committed, the entire Russian ‘case’ is based on that correspondence making it clearly unacceptable that the original text is not available.

The Russian prosecution claims that Hryb, then a 19-year-old first-year Ukrainian student incited the then 17-year-old Tatyana Yershova to prepare an explosive device to detonate during a school assembly. This is alleged to have been at the instigation of another Ukrainian, Stefan Kapinos, with whom Hryb shared an account on VKontakte.

The now 18-year-old Tatyana is appearing as a witness for the prosecution. Immediately after Hryb’s disappearance, she told  Ukrainian media that she had been threatened with arrest herself if she did not cooperate with the FSB.

Tragically this cooperation included tricking Hryb into going to Gomel in Belarus to finally meet the young girl whom he thought he was in love with, after their correspondence over many months.

In most cases involving Ukrainian political prisoners, the FSB has used forms of pressure to extract a ‘confession’ in order to conceal the lack of any substance to the charges.  While that certainly appears to be the case here, the FSB has much more to conceal since the young man was abducted from Belarus on 24 August 2017 and taken against his will across the border into the Krasnodar region of Russia.

Russia has since tried to claim that Hryb had been placed on the international wanted list “among member-states of Interpol”.  Had there genuinely been some kind of Interpol Red Notice on the adolescent, then proper procedure needed to be set in motion.  Instead, Hryb passed quite normally into Belarus, and was seized by unidentified individuals on the street.

It was only on September 13, 2017 that Russia officially admitted that Hryb was in their custody, although it later transpired that a court in Krasnodar had issued an arrest warrant back on August 17, on the charge of incitement to commit a terrorist act, under Article 205 § 1 of Russia’s criminal code.

Russia is claiming that Pavlo was ‘arrested’ in Russia’s Smolensk on August 25.

It remains to be seen what the prosecution will come up with, however there do appear to be glaring faults in the FSB’s story.  It is claimed that the suggestion regarding a bomb at the school which the young girl hated was made during Skype conversations between March 27 and April 13, 2017, with the supposed date for the bomb set at 30 June.

Nor did the FSB themselves, despite having supposedly discovered such a plan, do anything.  Yet on July 4, they allegedly launched a criminal investigation, with this involving a search of the young Russian girl’s flat.   By July 28, the FSB had designated Hryb as the ‘accused’ in this story, and they then set about intimidating the young girl into persuading Pavlo to meet her in Belarus, from where he was kidnapped and taken to Russia.

The FSB’s seemingly unlimited access to accounts on VKontakte has long been known, and it is likely that the two teenagers were under surveillance because of their strong views on Russia’s aggression against Ukraine, etc.  They were snooping on two young people who believed they had met kindred spirits and that they were in love.  For that reason, it is not surprising that Hryb quite likely did not reveal the severity of the blood circulation disorder for which he has required specialist treatment since early childhood.

This disorder means that detention under any circumstances, and particularly in the conditions of a Russian SIZO [remand prison] could place his life in jeopardy.  Russia is directly flouting the European Court of Human Rights by not allowing Hryb to be examined by Ukrainian doctors, and has also falsified medical information to try to justify their refusal to provide him with proper medical care (more details here)