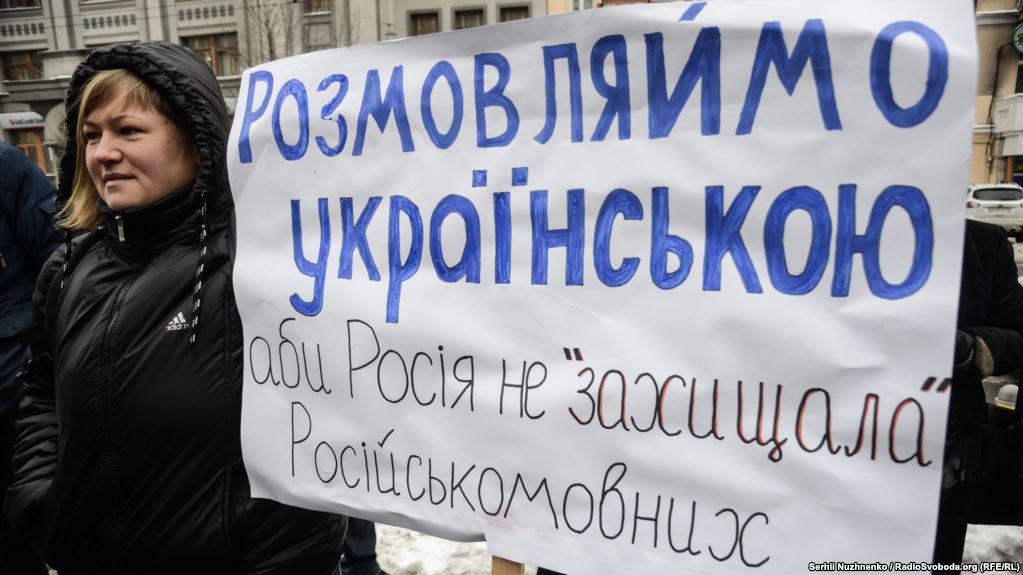 The Lviv and Zhytomyr Regional Councils have imposed a ‘moratorium’ on the public use of something referred to as ‘Russian-language cultural products’, with the fact that this term does not exist in Ukrainian legislation only part of the problems such a ban brings.

On 18 September, the Lviv Regional Council voted for the imposition of a “moratorium on the public use of Russian-language cultural products throughout the Lviv Oblast until the full cessation of the occupation of Ukraine’s territory”.   The City Administration was instructed to take measures to set up an interdepartmental working group with the participation of the law enforcement bodies and public in order to carry out explanatory work regarding the moratorium.

Nothing was mentioned about how to enforce such a moratorium or punishments for those who do not observe it.  Indeed, after initial protests, the Council did stipulate that the decision was of a recommendatory nature.

An essentially identical decision was passed by the Zhytomyr Regional Council on 25 October.

Human rights activist and lawyer, Volodymyr Yavorsky has given a damming assessment of these decisions which are evidently in breach of Ukraine’s Constitution and international law, as well as devoid of common sense.  He is scathing about the general silence regarding them, especially from Ukraine’s Human Rights Ombudsperson, Ludmila Denisova.

The two councils have not even specified what it is that they are banning.  There is no explanation of what is meant by ‘Russian-language cultural product’, although this term is not known in Ukrainian legislation.

This is the most disturbing omission given Russia’s use of the excuse that it is defending the ‘Russian-speaking population’ for its military aggression against Ukraine. The councils, through their ill-considered move, are effectively banning cultural material produced by Ukrainians in the Russian language, while material from Russia, the aggressor state, is permitted, as long as it’s not in Russian.

The initial decision by the Lviv Regional Council aroused indignation within Ukraine and criticism from foreign observers.  Its uses for Russian propaganda were also entirely predictable, and very frustrating.  Back in 2014, when Russia was trying to convince the world that it had needed to invade Crimea and Donbas to ‘protect Russian speakers’, a brilliant experiment was carried out in Lviv.  Young people, pretending to be Russians, asked for directions to a Russian church, with all of this quietly filmed by their co-experimenter giving the lie to the standard narrative about antagonism towards Russians.  Not one passer-by reacted aggressively.  While some explained in Ukrainian how to get to the church, others immediately changed into Russian.  One person even went out of his way to show them how to find it.

The Lviv Regional Council’s decision is even more inappropriate now given the number of Ukrainians forced by Russian aggression to flee their homes in Crimea or Donbas. For many of them, Russian is their first language.

The scope of such a blanket moratorium also highlights its absurdity, since it covers works of literature, theatre performances, etc.  which have nothing to do with Russia’s aggression.  It is also vastly beyond any powers that each of these councils has.

If they believed that they had the right to such moves, following the Constitutional Court’s revoking in February this year of the highly contentious 2012 language law which had significantly increased the status of the Russian language, they were mistaken.  Yavorsky points out that there are plenty of other laws, still in place, regulating the media, cinema, etc. which do not give the councils the right to impose such arbitrary restrictions.  Non-compliance with those laws does lead to penalties,

The most important point is surely that the restrictions at least proposed are in clear breach of Article 10 of Ukraine’s Constitution, which states that “In Ukraine, the free development, use and protection of Russian, and other languages of national minorities of Ukraine, is guaranteed. <> The use of languages in Ukraine is guaranteed by the Constitution of Ukraine and is determined by law.”

There is simply no option for such a ‘regional council decision’.

Yavorsky also points to other parts of the Constitution and international law that guarantee freedom of expression.  You cannot defend people’s right to express their views, but restrict their freedom to choose which language they express them in.

Yavorsky is probably right in suggesting that the decisions are of more political, than legal significance, but they do require reaction from the Ombudsperson.   This is particularly true as the lack of any right to come up with such a moratorium was clearly articulated soon after the Lviv decision, and yet the Zhytomyr Regional Council, over a month later, came up with the same flawed decision.  The ‘language question’ is regularly used around elections, and with this one purporting to be aimed at countering Russian aggression, that may not be the end of such unenforceable and unconstitutional decisions.