Documenting war crimes in Ukraine.
The Tribunal for Putin (T4P) global initiative was set up in response to the all-out war launched by Russia against Ukraine in February 2022.
• Topics / Human rights protection 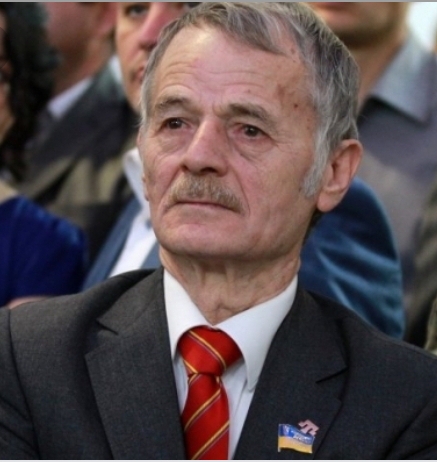 Today, all of Ukraine, together with the Crimean Tatar people, celebrates the 75th anniversary of the birth of Dzhemilev. On this anniversary day, President of Ukraine Petro Poroshenko presented Mustafa with one of the country's highest orders — the Order of Freedom — for his services in the struggle for the sovereignty of Ukraine, for developing democracy and defending human constitutional rights and freedoms. Since the restoration of Ukrainian independence, Dzhemilev has been repeatedly awarded both in Ukraine and in a number of other states. Indeed, the merits of Dzhemilev as one of the oldest political figures of Ukraine deserve the deep gratitude of the country: deputy of the Verkhovna Rada of Ukraine from 1994 to this day, Chairman of the Mejlis of the Crimean Tatar people from the moment of its establishing until November 2013, government commissar for the Crimean Tatar people affairs, Ukraine’s representative on numerous international gatherings.

However, before the deputy’s chair, Mustafa’s life was completely different. At the age of six months, when he was still unable to speak or walk, he, along with all the Crimean Tatar people, was declared a dangerous state criminal and deported from his native Crimea to Uzbekistan to a “special settlement”. This austere euphemism in fact signified perpetual exile and deprivation of all civil rights. The communist "justice" did not leave Mustafa Dzhemilev without attention until the collapse of the communist system: prison terms (1966-1967, 1969-1972, 1974-1975, 1975-1976, and 1983-1986), an exile in Yakutia in 1979-1982, an expulsion from university and other extrajudicial prosecutions. However, the powerful totalitarian system could not brake the will of Mustafa, as well as will of the small, but proud and freedom-loving Crimean Tatar people.

State honors and awards without any doubt Mustafa deserved, but without official awards, Mustafa Abdul-Jamil Dzhemilev is a hero not only of the Crimean Tatar and Ukrainian people, but also of all of Humanity.