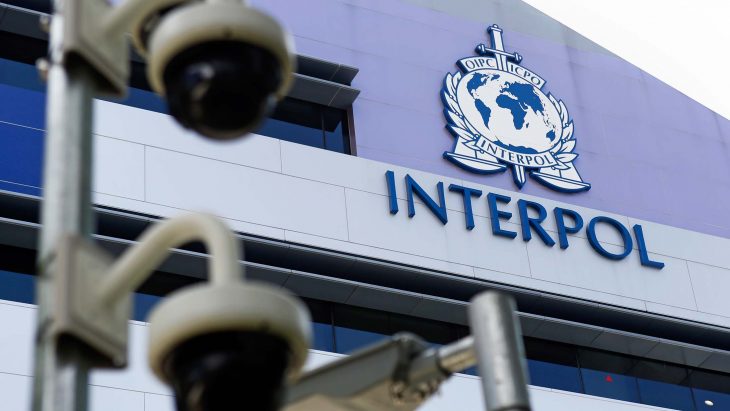 “INTERPOL must not be headed by the representative of a country that flouts the rights of its own citizens and its international obligations; that annexes other countries’ territory and is taking part in several aggressive wars”.

These words from a statement issued by the Free Russia Forum highlight the reasons why the election of Alexander Prokopchuk President of INTERPOL would be disastrous regardless of whether the current head of Russia’s INTERPOL would be able to seriously change how this vital policing body works or not.  The election of this police major general who has overseen multiple abusive ‘Red Notices’ and ‘INTERPOL diffusions’ and whose country is a flagrant violator of human rights, would send a chilling message to all victims of rights abuses.

The Free Russia Forum is a platform for all opponents of the current Russian regime, with many, though not all, its most prominent members, like Garry Kasparov, Andrei Ilarionov and Ilya Ponomaryov (the only Duma deputy to have opposed Russia’s annexation of Crimea), living in exile.  As its statement points out, two of the members of its Steering Committee – Ponomaryov and Leonid Nevzlin – have themselves been victims of the Russian INTERPOL Bureau’s politically motivated abuse of Red Notices.

The Forum point out in their statement that Russia has already used INTERPOL as a weapon in fighting those and other political opponents living abroad.  The latter have ended up detained, and having to go through lengthy procedure before they were able to make it clear to INTERPOL that the charges against them were politically motivated.

Other victims they mention are William Browder, the Director of Hermitage Capital Management and the initiator of the Magnitsky Act; anti-corruption activist Nikita Kulachenkov; anti-fascist Pyotr Silayev; Oleg Vorotnikov; Andrei Nekrasov; Sergei Kryukov; Yan Andreev and many others.

Details about other Russian citizens who have ended up on INTERPOL’s list despite very dubious charges can be found here.

The Forum’s Committee believe that the appointment of a Russia to this top post in INTERPOL would exacerbate the negative trends in the work of the international policing body.

“In the hands of a Russian police employee, INTERPOL could become a powerful weapon for fighting members of the Russian opposition abroad, as well as other opponents of the regime of Vladimir Putin outside Russia”.

The authors are particularly concerned that INTERPOL could be used against “citizens of other countries” on territory annexed by Russia.  They mention pro-Ukrainian activists in annexed Crimea.

In fact, several Ukrainians, including Crimean Tatar leaders and Ukrainian MPs Mustafa Dzhemilev and Refat Chubarov, journalist Anna Andrievska and others have already had criminal proceedings brought against them in (forced) absentia.  The fact that no Red Notice appears to have been issued is probably because even Moscow understood that they would be immediately rejected.

The authors are convinced that the situation would change and Red Notices would be issued if Prokopchuk were elected.

The Forum’s members express disquiet over Prokopchuk himself, as a major general of Russia’s police force which is known for its corruption and participation in the persecution of Russian occupation activists.  Prokopchuk is directly subordinate to Putin and would be an obedient weapon in the latter’s hands. During his leadership of the National Bureau of INTERPOL, abusive Red Notices, etc. against Russian opposition figures living abroad have become more common.

“It is clear, that having become the Head of INTERPOL, this Russian official will only increase the persecution against opponents of the Russian regime”.

Russia is not a democratic and law-based country, the authors stress, and point to the violent and illegitimate methods used by the Putin regime against its enemies both in Russia and abroad.

They call on the delegates to the INTERPOL General Assembly to not support Russia’s candidacy.

Prokopchuk is one of two candidates, together with South Korean, Kim Jong-yang.  Russia is clearing using maximum pressure and influence to get its candidate elected, and the Times reported a few days ago that British diplomats were saying Prokopchuk’s victory was nearly certain.

Since then, however, there has been considerable negative publicity and at least three countries: Ukraine, Lithuania and (at a lower level) the United Kingdom have placed their continued membership of INTERPOL in question should Putin’s subordinate become its new head.