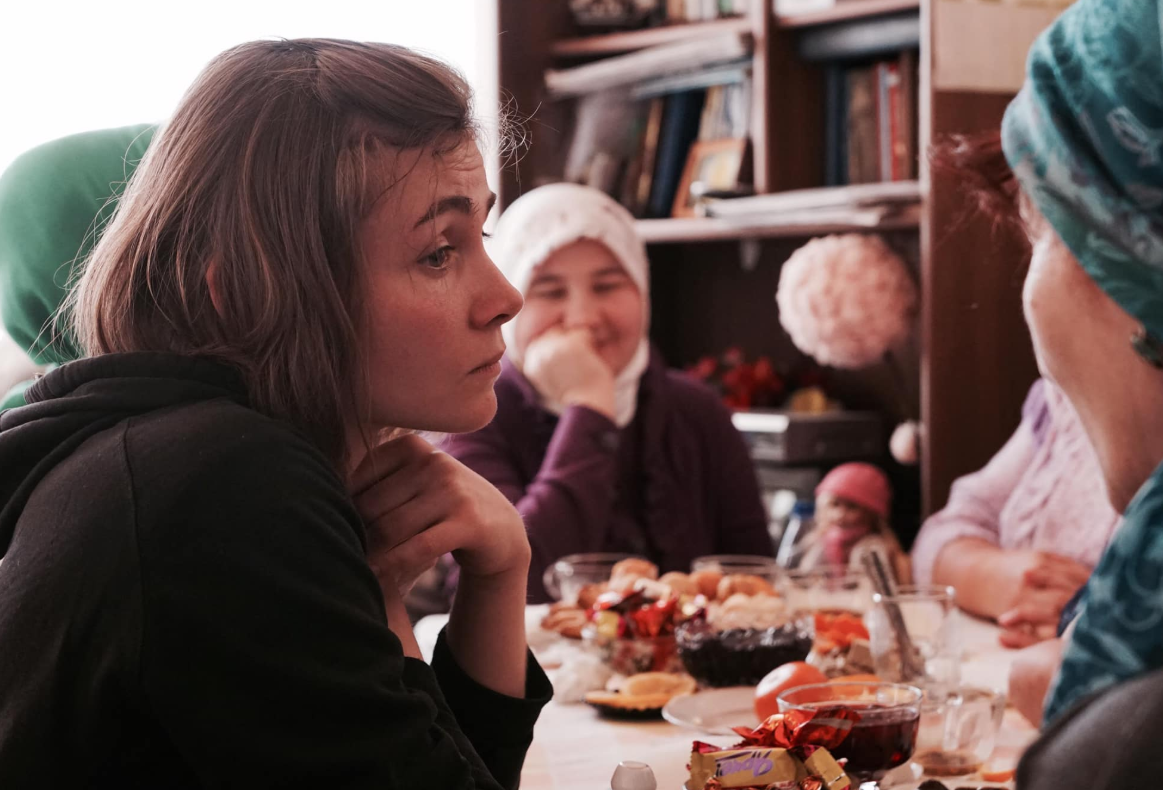 Russia’s FSB has banned Alyona Savchuk from entering occupied Crimea for 10 years, claiming that the young freelance journalist poses a threat to Russia’s defence capability, security or public order.  Savchuk has played an important role since Russia’s annexation in reporting on the ever-mounting number of political prisoners in Crimea, and it is doubtless this that prompted the unprecedentedly long ten-year ban.

Savchuk first learned that she was to be prevented from entering Crimea (or the Russian Federation) in the morning of 24 November.  She made it clear that this was a blow, but added that she would at least now “come out of the shadows, and will no longer control herself”  She is in no doubt that the ban is because of her work.

Savchuk is a Ukrainian citizen who is registered in mainland Ukraine.  Since that made her vulnerable to precisely such repressive measures, she had kept a fairly low profile.  Clearly not low enough, however, for the Russian occupation regime which has been systematically persecuting or hounding out all independent journalists, and activists reporting on the harassment of civic activists, the many armed searches and arrests of people on political grounds or for their religious beliefs.

Savchuk was handed the so-called ‘Notification to a foreign journalist or stateless person of a decision to ban them from entry to the Russian Federation’, banning her until August 2028 at the Chonhar Russian checkpoint.  The FSB cites Article 27 § 1.1 of Procedure for entering and leaving the RF.  This envisages a ban supposedly “for the purpose of ensuring the state’s defence capacity or security, or public order”.

Savchuk explained to the Crimean Human Rights Group that over 40 minutes before being handed this ‘notification’, she had been questioned twice, for around 10-15 minutes, and also had her fingerprints taken.

This is yet another attack on those unafraid to write about what is happening in occupied Crimea.  Russia has effectively closed down all independent media and driven most journalists from Crimea.  The prosecution and suspended sentence passed on Mykola Semena  in September 2017 was clearly aimed at sending a warning to all other journalists.  Semena was arrested, placed on Russia’s ‘List of Terrorists and Extremists’ and convicted of something termed “public calls to action aimed at violating Russia’s territorial integrity. The supposed ‘public calls’ were claimed to have been in an op-ed article in which he supported the 2016 Crimea Barricade and made his opposition to Russia’s occupation clear.  He is now being prevented from travelling to Kyiv for urgently required medical treatment.

Over the last year, there has also been an offensive against civic journalists and activists, especially those linked with Crimean Solidarity, the civic initiative formed in 2016 to help political prisoners and their families.

Civic journalist Nariman Memedeminov has been in custody since 22 March 2018 on absurd charges linked with pre-annexation YouTube videos. A search was first carried out with armed and masked enforcement officers bursting into the Memedeminov home in Kholmovka (Bakhchysarai district) where young children were fast asleep. Using totally unnecessary force and foul language, the men broke down the front door and then seized Memedeminov, forcing him to the floor and putting handcuffs on him.

Memedeminov has worked tirelessly in reporting on other such armed searches and arrests, and in attending and writing about political  trials.

A number of people active in Crimean Solidarity have been arrested since October 2016, with several men facing huge sentences for supposed involvement in Hizb ut-Tahrir, a peaceful pan-Islamist organization which is legal in Ukraine.  They include one of the coordinators of Crimean Solidarity, Server Mustafaev, who was almost certainly targeted for his work in ensuring that people know about such arrests.  Another coordinator, Gulsum Alieva, is also facing criminal charges over a Facebook repost.